I have very vague impressions of a book I must have read as a child/teenager in the 1980s (so probably published in the UK in the 1970s or early 1980s).

It featured a man who had been technologically enhanced with special powers that he could activate only for short periods (probably because they took a lot of energy), possibly by tonguing one of his teeth.  They gave him:

I think it described him engaging these powers as: He activated. or similar.  He may have been a mercenary type, who had paid a lot for them; they were rare or unique.

I don't recall any plot or other characters; it was probably a techno-action story.  (No magic, armies, warrior races, telepathy, vampires, or mutants, and I don't recall aliens or space travel.)  It may have been part of a short series of 2 or 3 books.

I'm afraid this isn't much to go on!  I'd completely forgotten about this book until recently, and my impressions are very hazy, so any of the above could be wrong.  (I remember enjoying it, though.)  I've not found anything I recognise on this site, or others; nor in lists of adult and young-person's SF for that period (so it probably wasn't a big-name author).  Does it ring any bells for anyone?

The Space Mavericks by Michael Kring (1980). Or possibly the sequel Children of the Night

The protagonist was "modified" on the planet Reega, for a hefty fee.

When I activate, I have fangs that are an inch long and razor sharp. I also get claws on my hands and feet that are three inches, all razor sharp. My strength is increased three times normal, and my reaction speed is boosted six times my norm. My eyes are also adjusted to infra-red or ultra-violet, whichever I need. I have ultraviolet projectors in my cheekbones that can be activated, if need be. I’m not sure how the fangs and the other stuff works, since the fangs and claws are silver bright, but if I’m relaxed, my teeth, fingernails, and toenails are normal. I knew that in my fight mode, my body was burning up calories like mad, since my metabolism was tripled. I would tire very quickly, unless I ate like a pig, and the food I ate would have to be very high in protein. 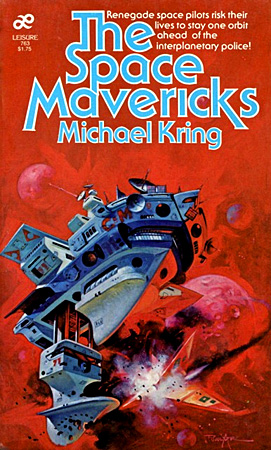 Could it be Timothy Zahn's Cobra series?

The books center around Cobras, elite soldiers augmented with bionic technology. These modifications include built-in weapons, sensory enhancements, effectively unbreakable bones, and their characteristic combat reflexes. These modifications to the human body are invisible to casual inspection, and allow the soldiers to appear as ordinary unarmed civilians, allowing them to be effective resistance leaders. However, most of the cybernetics are permanent, allowing Zahn to examine the position these individuals might fill in a society during peacetime. Their weaponry includes small lasers implanted in the little finger of each hand, an anti-armor laser that runs down the calf muscle of one leg and exits through a lens in the heel of their boot, plus an "arcthrower", a secondary weapon built into the fingertip lasers that delivers a high-voltage pulse, which disrupts nearby electronics. In addition, they are armed with a sonic weapon, which can produce sound at frequencies capable of shattering most objects. All of their weaponry is controlled by a "nanocomputer" that is implanted inside their skull. This computer also helps run the visual and auditory enhancers, targeting computer, automated reflexes, etc. Modifications include ceramic laminae over all of their bones (essentially rendering them unbreakable), as well as servomotors at the major joints, which augment strength and speed. The design of the nanocomputer renders it impossible to reprogram, and its location makes it next-to-impossible to remove without killing the Cobra.

Zahn is reasonably well known among Star Wars EU fans, but not as much outside of that.

A protagonist with such cybernetic enhancements, activated by touching certain teeth with his tongue, appears in the The Languages of Pao by Jack Vance. As evident from the title, however, that is not the major theme of the novel.

The Languages of Pao is a science fiction novel by American writer Jack Vance, first published in 1958, in which the Sapir–Whorf hypothesis is a central theme. A shorter version was published in Satellite Science Fiction in late 1957. After the Avalon Books hardcover appeared the next year, it was reprinted in paperback by Ace Books in 1966 and reissued in 1968 and 1974. Additional hardcover and paperback reprints have followed, as well as British, French and Italian editions.

The planet Pao is a quiet backwater with a large, homogeneous, stolid population ruled by an absolute monarch: the Panarch. Pao's cultural homogeneity contributes to making it vulnerable to external military and economic pressures. The current Panarch attempts to hire an offworld scientist, Lord Palafox from the Breakness Institute on the planet Breakness, as a consultant in order to reform Pao. Before the deal can be concluded, however, the Panarch is assassinated by his brother Bustamonte, using mind-control over the Panarch's own son, Beran Panasper, to do so. Lord Palafox saves Beran Panasper and takes him to Breakness as a possible bargaining chip in his dealings with Pao.

Somewhat later, the predatory Brumbo Clan from the planet Batmarsh raids the virtually defenseless Pao with impunity, and the Panarch Bustamonte is forced to pay heavy tribute. To rid himself of the Brumbos, he seeks the aid of Palafox, who has a plan to create warrior, technical and mercantile castes on Pao using customized languages (named Valiant, Technicant and Cogitant) and other means to shape the mindsets of each caste, isolating them from each other and the general populace of Pao. To achieve this, each caste gets a special training area where it is completely segregated from any outside influence; the necessary land is confiscated from families, some of which have held it for countless generations — which creates some disaffection in the conservative Paonese population and earns Bustamonte the name of a tyrant.

In order to return with them to Pao incognito, Beran Panasper infiltrates a corps of interpreters being trained on Breakness. Mostly to amuse themselves, some of the young people create a language they call "Pastiche", mixing words and grammatical forms, seemingly at random, from the three newly created languages and from the original Paonese language. Palafox looks upon this development with indulgence, failing to realize the tremendous long-term significance.

I think this is The Stars My Destination by SciFi legend Alfred Bester. This book is also known as Tiger! Tiger! in the UK.

I don't want to give to much away because it's an awesome story, however: The story is about Gully Foyle a loser who is betrayed and left for dead which galvanizes him to go on a long journey of revenge and to improve himself greatly.

Indeed, later in the story he upgrades his body with many enhancements all activated by pressing a different tooth with his tongue.

He had several of the abilities the OP mentioned and he was limited by a power cell he had to replace in the small of his back. I.e. his abilities drained the battery.

Not the answer you're looking for? Browse other questions tagged story-identification novel childrens-novel or ask your own question.

8
1970s (or older) book about a werewolf on an alien planet, who probably became one through alien technology
5
SF novel featuring a ship called Kraftwerk II
7
Extendible claws and augmented vision - Looking for a book?
6
Bio-augmented investigator saved by alien ring when he almost starves due to the energy demands of his body
9
Book series about a cyborg space trader

8
Short story similar to Under the Dome
5
Need help identifying a comic book about a wizard
3
Book Identification: Noone house
9
Store clerk with magic boots novel
10
Looking for a book from an old series about kids with magic sneakers that give them superpowers
7
Boy on airplane suddenly wakes up tiny and under a hedge
7
1970s or 80s kids' book series about friendly android doppelgangers