Someone (investigative journalist? conspiracy theorist?) gets the feeling that The Military (US) is doing something very odd in a lab in his town. I recall it being located on the outskirts of a base or airfield, hidden in plain sight kind or thing. He becomes obsessed based on the ridiculous security.

He partners up with someone who is an electronics/computer/security expert and they break in. They end up getting infected with a skin-melting disease. Ends with the disease getting out, and an Air Force general ordering all information about it released to every dermatologist in the world, then killing himself because he has it too.

Don't want to read it again, but it anyone recognizes it:

They find grotesque bodies in the lab, but were they actually aliens like they believed? Or was the whole thing really trying to cover up the disease, not that they had discovered aliens?

This is The Fortec Conspiracy (1969) by Richard M. Garvin and Edmond G. Addeo. 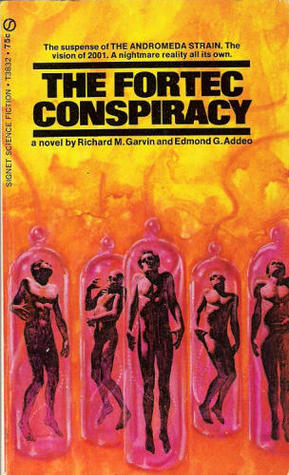 ('FORTEC' is the Air Force Foreign Technology Division, hiding the bodies from an alien saucer crash.) The MC's brother is the electronics expert. He catches the disease first; the MC infiltrates the super-secret facility (ridiculous security) & finds his brother's corpse in a tube filled with liquid - his hands look like bloody pig's knuckles. The MC pukes, then finds out he has the disease too. I distinctly remember the general in charge of the project diving his plane into the ground after he is diagnosed. The ending hints the disease will spread across the world.