In all of their appearances that I can think of in the TV shows, I can't remember having seen a single Klingon individual whose ethnicity differs much from the dark-skinned "standard" one that we are accustomed to see: 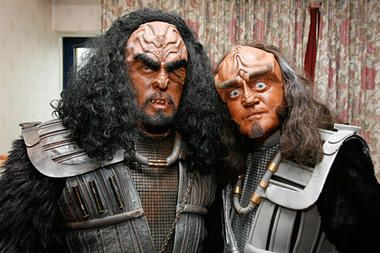 Even other alien species could have different ethnicities (one of the main examples is Tuvok, a dark-skinned Vulcan), so we know that Humans are not the sole species to possess this kind of feature.

Do light-skinned Klingons exist? Do different ethnicities exist within their species as a whole?

Albinos of course don't count here (i.e. Voq, or the Albino himself, if he really is a Klingon indeed), nor the different look that they had in consequence of the "augment virus".

For the sake of simplicity, this question refers to anything released before Star Trek: Discovery, where the Klingon, like almost everything else in the series, were depicted in a very different look than before, AFAIK without much explanation other than out-of-universe production choices.

In TOS they were sometimes white. Here are William Campbell (Koloth) and Michael Pataki (Krax) in "The Trouble With Tribbles". 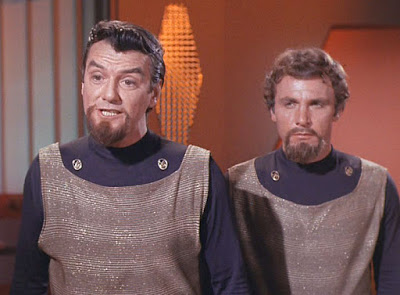 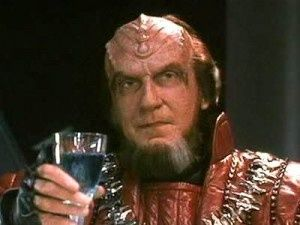 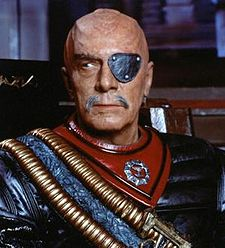 16
Do all Klingons have piece-meal disruptors?
22
Are Klingons obligate carnivores?
16
How long do Klingons live?
6
Any short-haired, skin-head or bald Klingons out there?
22
Why were Klingons and Humans enemies in TOS given that Klingons were honourable people?
8
Which Star Trek species are not uniform?
32
Do Klingons have escape pods?
6
How do Klingons execute prisoners?