Looking for comic about female superhero who loses her powers

A while back, I read a comic (DC, I think) in a compilation that I'd like to find again. I think it was one issue. Even though this character could have more comics, I'm just looking for the one issue. This was ages ago, so my details are very fuzzy.

The story starts with a girl with long black hair in her bedroom with a friend. Her friend jumps on the bed, and the girl flies around it. I think they discuss how she gained superpowers. She has a yellow star she wears on her chest that gives her her powers. I think her superhero costume is red with yellow. To the best of my memory, I think it's Batman who introduces her to the superhero world. Her mom knows about this. The girl ends up getting shot or something, and the yellow star shatters. Her mom is later crying over a scrapbook, saying how sad everything is. The girl says "It's not like I died or anything Mom - I just don't have powers anymore." She goes to her room, her hair in a towel, and sees her superhero costume on her bed with a note from Batman. She smiles and looks out the window, and I think there's a silhouette of Batman.

story-identification dc comics
Share
Improve this question
edited May 11, 2020 at 12:44

In the DCAU follow up comics we encounter Olivia Dawson (AKA All-Star). She wields the Star Charm, a device of Qwardian weaponsmiths. 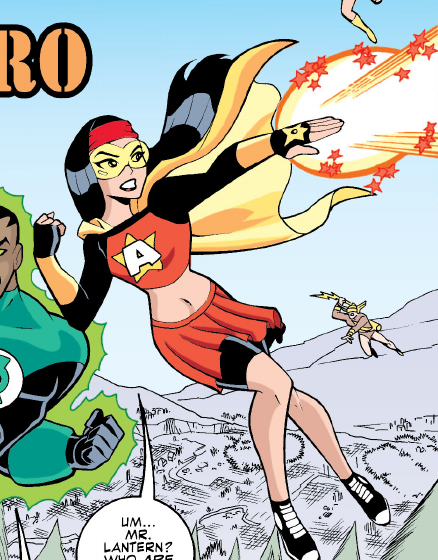 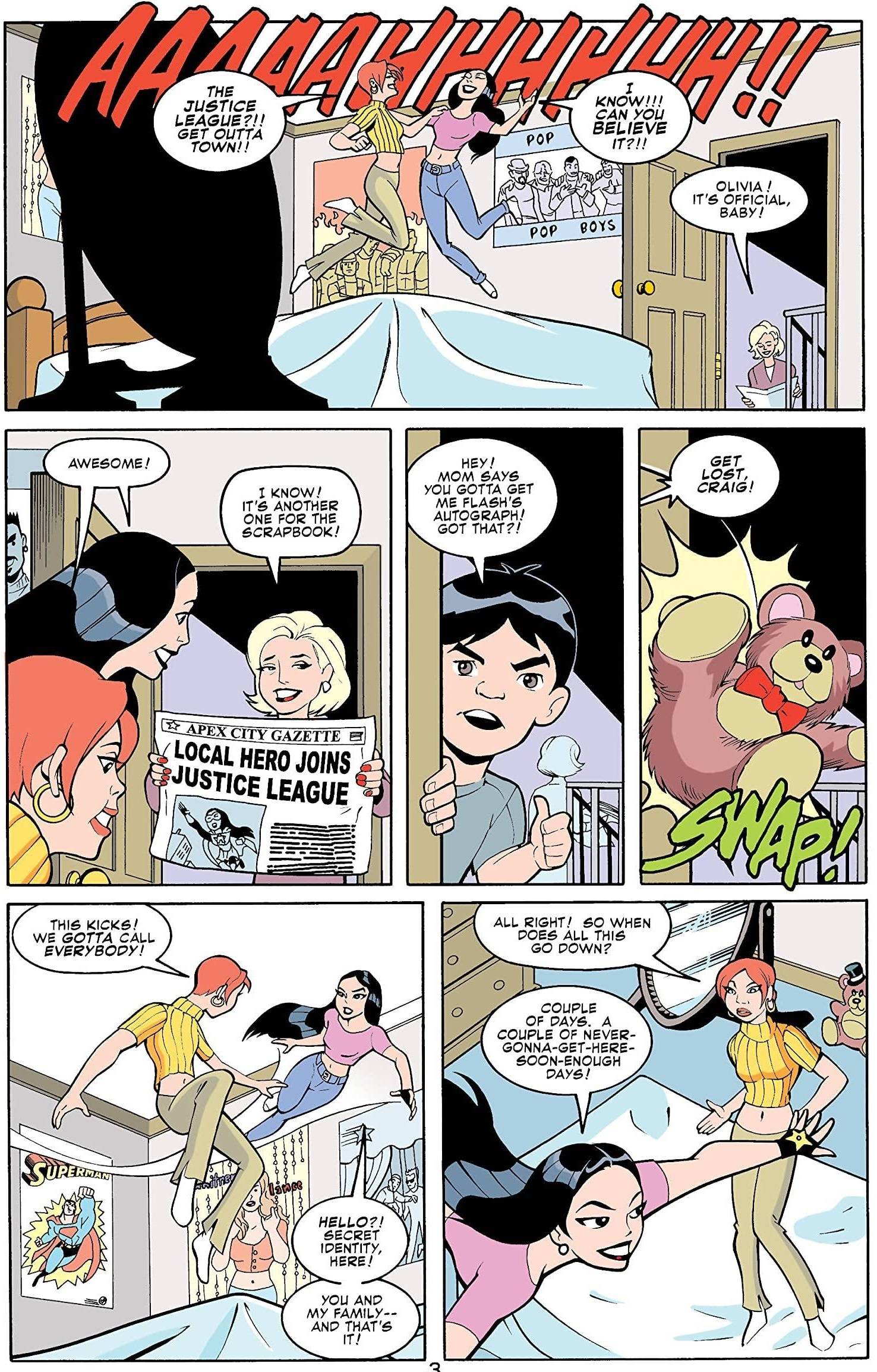 She was only a hero for a very short time before she sacrificed the charm to defeat Brainiac and fake her own 'death'. 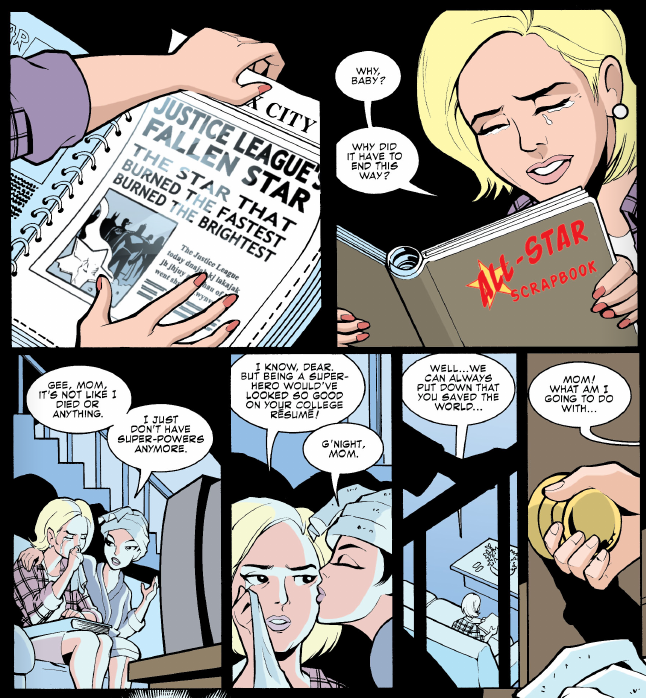 8
YA dystopian set in flooded London, protagonist is a girl
10
I’m looking for a fantasy book with a female protagonist with red hair, who climbs a sacred rock and sparks civil unrest
8
Comic book about guys with powers that are hunted by society
7
Book about a girl who learns about her psychic powers from an old lady neighbor
3
Female anime character with powers and an amulet on her chest
3
Manga about a girl who lives her life as if she was in a manga
23
Looking For A Mistaken Identity Super Hero Book About A Woman Who Works Fast Food
7
Child Fantasy book about a girl with special powers inherited from her mother