I’m trying to remember the name of the manga where the main character gets reincarnated or something similar to that. They wake up in a giant floating castle that is self automated where the mc doesn’t have to do anything but they are the only person inside the castle. The guards are automated robots. I remember part of a chapter where the mc is watching what is happening on the ground and sees a girl getting chased by bandits and decides to have her saved and sends one of the robots to go and save her.

story-identification manga
Share
Improve this question
edited May 12, 2020 at 21:24

I suspect you are looking for Tenkuu no Shiro o Moratta no de Isekai de Tanoshiku Asobitai, aka I Want To Play Happily Because I Got The Heavenly Castle. 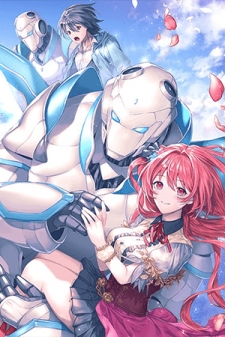 An angel made a mistake, resulting in Shiihara Daiki’s death. In order to hide the mistake, he was then sent to a different world. The angel will grant him one wish as a payment for keeping it a secret. Daiki asked for a Heavenly Castle floating in the sky without hesitation.

Suddenly a floating castle appeared in the new world, which causes confusion amongst the people. They attempt to contact Daiki in various ways. A country tries to steal it by force, while another seeks to befriend him. What in the world will Daiki do?

Indeed, within the first chapter, he rescues a girl from bandits by the robots.

Found with a search for manga isekai robot castle