Augmented Reality Novel from the 2010s where reality is blurred

I read this book in the early 2010s (maybe 2012?) in the UK. I believe I bought it new in hardback from a bookshop so it was newly released at the time.

It opens and closes in a train station with a miniature train going round (I think). Male protagonist who had dropped out of society and lived on an island. It is unclear if this is Augmented Reality, referred to as AR throughout the book. His male friend who is married visits him and as I recall they begin an affair, though again this may not be reality.

The house he grew up in was also a home for rehabilitating soldiers; his father invents or modifies AR equipment for them.

I believe his mother is murdered, possibly by one of the traumatised soldiers. But this isn't really talked about. He was a teenager at the time. I think the story is told through flash backs.

That is all I can remember with some degree of confidence.

This is Wolves by Simon Ings, though this wasn't published until 2014. There is a detailed review here if that helps. 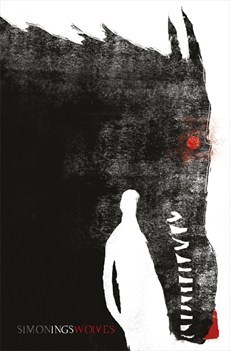 The story opens with a train journey and the protagonist, Conrad, refers to it as a miniature train though in fact it is a normal train and by this he means it's a train to tiny community.

Conrad lives in a hotel, but it does serve as a home for injured soldiers and his father does help them:

I had grown up in a big, overblown red-brick inn built originally for commercial travellers plying the coastal resorts of the north-east. Mum and Dad had bought the business for well below the market rate when the bypass was announced.

The hotel couldn’t drum up sufficient clientele on its own, and relied instead on referrals from the local veterans’ hospital. The concussed, the confused, the psychogenically deaf. Dad took special care of soldiers blinded in the field by anti-personnel weapons.

Conrad's mother dies - he finds her body in the boot of their car. It turns out that:

His mother had been taking medication for a psychiatric condition and had overdosed and died. His father had put the body in the boot.

The novel is heavily AR based, and it is (confusingly!) told out of chronological order.

Finally the story ends, as you say, with Conrad boarding the train to leave (forever).