Has anyone pierced darkseid's skin?

I've never seen anyone really do damage to darkseid other than to his eyes. Is his skin really that indestructable or has it been damaged before?

Darkseid, although being one of the most powerful comic book character, does have certain weaknesses.

The Trident of Neptune is known to penetrate/pierce through almost all known objects. In Justice League vol 2 #6, Aquaman strikes Darkseid twice, once in his left eye and second one through his chest. 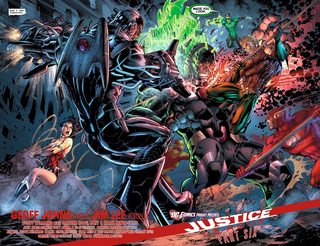 We cannot actually see the trident breaking through Darkseid's skin, so this one might not actually count.

In the New 52 Justice League: Darkseid War Chapter 4 the Anit-Monitor fuses the entity of Death with the Flash to create the Black Racer.

The Black Racer blasts his way through Darkseid's stomach and kills him. 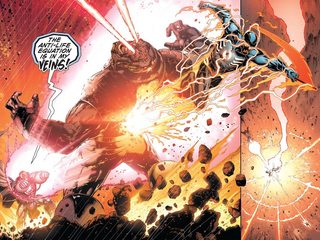 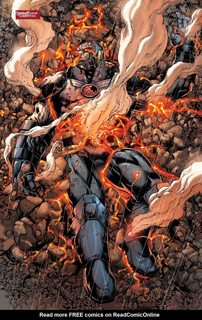 Of course, an answer to every question such as this, would definitely have Batman as an answer.

In Final Crisis # 6, Batman discovers Darkseid's one weakness: an element named Radion. He then makes a bullet with Radion in it and shoots Darkseid through his chest. 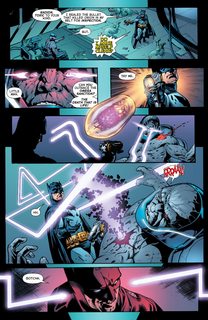 72
How does Superman shave?
14
Has anyone attempted making a ring that combined Will and Fear?
5
Does Superman have super powers outside of our solar system?
7
In the TV series Gotham, do Cat's goggles do anything?
33
Has anyone ever tried to execute the Joker?
41
Has Superman ever said, "Ouch!"?
5
Did Final Crisis retcon Darkseid?
11
How do we know these are parademons?
4
Who has been shown to be greater in power, Mister Mxyzptlk or Darkseid?