Why did the people of Gondor accept Aragorn as king? [duplicate]

How did the people of Gondor know Aragorn was king? From their perspective, Aragorn is a ranger from a faraway land and a friend of Gandalf. They eventually learned that Gandalf supported his claim to the throne, but was did they know before that. This question asks how Faramir guessed/knew Aragorn was king. That means Faramir knew and he was well respected by the people of Gondor. Did they accept Faramir at his word? One person who may have known was Faramir's father, the Steward of Gondor, Denethor. He told Gandalf he wouldn’t bow to Aragorn, the “last of a ragged house long bereft of lordship and dignity.” If he did know, he certainly would not share that knowledge with the average Gondorian because that would make people think they should follow Aragorn and not Denethor.

Elrond knew of Aragorn's ancestry, but the people of Gondor have no reason to believe the word of a elven lord over their own steward. 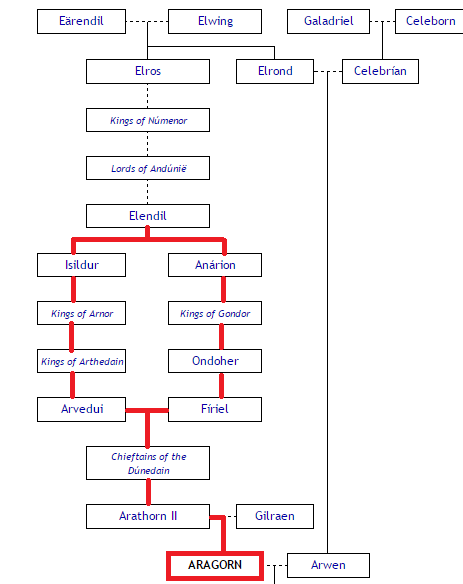 This question shows why Aragorn was in the royal bloodline, but it does not mention if the commoners of Gondor knew.

Did the people of Gondor know Aragorn had a legitimate claim to the throne?

I've covered this in far more detail in another answer as have others, both here and here.

Put simply, when asked whether they accept his kingship, the men of Gondor called out in agreement. This suggests a pretty unanimous acceptance of Aragorn as their king. It is especially important to note that the quote outlines that all the host and all the people cried out in agreement.

Then Faramir stood up and spoke in a clear voice: 'Men of Gondor hear now the Steward of this Realm! Behold! one has come to claim the kingship again at last. Here is Aragorn son of Arathorn, chieftain of the Dúnedain of Arnor, Captain of the Host of the West, bearer of the Star of the North, wielder of the Sword Reforged, victorious in battle, whose hands bring healing, the Elfstone, Elessar of the line of Valandil, Isildur’s son, Elendil’s son of Númenor. Shall he be king and enter into the City and dwell there?'
And all the host and all the people cried "yea" with one voice.
Return of the King: Book 6, Chapter V, The Steward and the King

There’s this quote from The Return of the King:

Then an old wife, Ioreth, the eldest of the women who served in that house, looking on the fair face of Faramir, wept, for all the people loved him. And she said: ‘Alas! if he should die. Would that there were kings in Gondor, as there were once upon a time, they say! For it is said in old lore: The hands of the king are the hands of a healer. And so the rightful king could ever be known.’

Then Gandalf said: ‘Let us not stay at the door, for the time is urgent. Let us enter! For it is only in the coming of Aragorn that any hope remains for the sick that lie in the House. Thus spake Ioreth, wise-woman of Gondor: The hands of the king are the hands of a healer, and so shall the rightful king be known.’

As he followed Gandalf and shut the door Pippin heard Ioreth exclaim: ‘King! Did you hear that? What did I say? The hands of a healer, I said.’ And soon the word had gone out from the House that the king was indeed come among them, and after war he brought healing; and the news ran through the City.

163
Was Aragorn's claim to the throne legitimate?
65
How did Faramir know that Aragorn was the King in the Houses of Healing?
10
Why didn't the king of Gondor return earlier?

41
Why was Boromir allowed to join the Fellowship of the Ring?
32
Has Peter Jackson revealed why he changed the character of Aragorn?
11
Did Elrond want and expect Aragorn to become the King of Gondor and Arnor?
28
Did Aragorn permanently ban Beregond from entering Minas Tirith?
37
Did the people of Minas Tirith know that Isildur had a living heir?
163
Was Aragorn's claim to the throne legitimate?
21
Why did Imrahil of Dol Amroth act as Steward of Gondor during the incapacity of Faramir?
10
Why didn't the king of Gondor return earlier?
9
Did Denethor II know that Aragorn and Thorongil were the same person?
65
How did Faramir know that Aragorn was the King in the Houses of Healing?