About 6 - 10 years ago, I read two books in a series about a Shaman or Wizard attending a US Military Academy. I would like to re-read them and see if any new books have been written in the series.

Vague memories about the books:

I have searched on Reddit and Stack Exchange but the answers that always seem to crop up are about Hogwarts!

story-identification magic urban-fantasy
share | improve this question | |
asked May 24 at 16:03

It only just squeezes into your time frame because it was published in 2014, but possibly By Darkness Revealed, the first book of the Blackwell Magic series by Kevin O. McLaughlin. 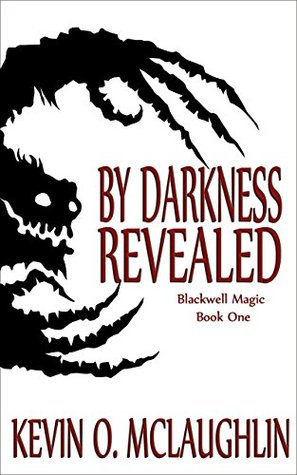 Ryan Blackwell thought to escape his magic by burying himself in the military college at Northshield, Vermont. But Northshield University has a secret: a nexus of magical power that people will kill to possess.

Hiding his power becomes impossible. Instead, he finds himself in the midst of a deeper and more dangerous sorcery than he has ever encountered before. Things spiral out of control, and soon only Ryan's wit, will, and the talent he once hoped to leave behind stand between a nightmarish creature and everything he cares for.

There is more to Ryan than meets the eye. But even with the powers he controls, can he stand against this darkness, or will it swallow him whole?

There is indeed a nexus where ley lines meet smack in the middle of the parade ground:

I sighed. “They were right about the ley lines – lines of energy that intersect in places. This campus has a pretty big nexus, right on the upper parade ground,” I replied. “But I swear, I didn't know anything about it before I got here. I saw it after.”

I can't remember exactly what happens when Ryan battles the demon at the nexus, but as I recall he loses and barely survives while the demon escapes. I haven't read the second book but at the end of the first one the demon is at large so it's entirely possible it reapperas to threaten the town in the second book