This is a story I read at least 20 years back. I can remember a number of scenes, but frustratingly few key words that I've been able to make a meaningful search on.

Protagonists are boy and girl (I think siblings) attending a school on another planet. It's been settled a while, but within relatively recent memory. During the initial exploration, some eggs were found but no adult forms; two eggs were sent back to Earth for study, and a scientist on the planet experimented with the remaining two and created a race of beings that were sentient but of limited intelligence, who became servants to the humans. There was a line (paraphrased) 'Wasn't she pleased at creating [the servants]? No, she was furious - she thought she should have seen what hatched naturally!'

The servants have some form of rebellion brewing, and they use metallic (?silver) nail varnish to communicate using a code by telegraphing the sun. It's dismissed as a fashion fad by the humans.

The protagonists are planning some sort of flight display during a festival, using a kind of jet-assisted take off booster. They discover the rebellion, and use the flight to thwart it somehow - I think mirrors were involved somehow, subverting the servants use of heliography.

The servants may have been called 'Gullivers', but that might be my memory inventing a name...

I don't believe it was particularly famous, and was probably read at the time I was picking up anything labelled science fiction in the library.

Excellent description. This is Dark Sun, Bright Sun (1986) by Nicholas Fisk. The planet is called Merci. I couldn't find any more description to link for you-even Amazon only lists the title, not the plot. 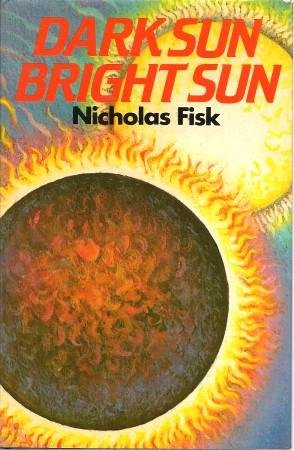 The Encyclopedia of Science Fiction has this to say:

5
Identify this series: genetically modified animals, indistinguishable from humans, as soldiers and servants
9
Fantasy story with a young female protagonist and an ageless wizard
9
Name of YA book involving hedge magic
12
Novel. A small child walked out of destroyed city alone
13
British Kids TV show involving collecting pieces of a MacGuffin over a series