Looking for a particular book. I read it almost 10 years ago.

The main character gets trapped in a (well?) and dragon’s blood drips onto him. The blood slowly turns him into a dragon (Or gives him dragon-like qualities) over several years. I remember thinking the book to place in a more medieval setting. At some point the MC is living in the attic of a brothel... 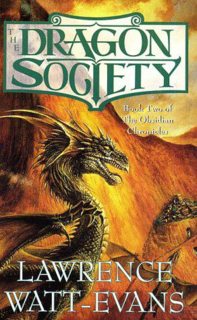 The story opens with the MC's family/village killed by a dragon, which drips venom on him while he's hiding from it. He wants vengeance but is surprised to find out at the end of book 1, many years later, that being dripped on by a dragon is how dragons are created, and that he is going to become one.

“Dragons destroyed my home village,” he said. “At least three of them. They came nine years ago, during a long spell of dragon weather. I was in the family cellar, taking inventory to see how much we needed to add before winter, when they attacked. My grandfather was killed by a blast of venom that failed to ignite, and he fell down the cellar ladder onto me as he died; his blood, and the venom, spilled into my mouth as I lay stunned beneath his corpse.”

And yes, eventually he lives in the attic of a brothel.

“Where am I?” he said. “Who are you?” He wanted to ask why she had seduced him, as well, but couldn’t think of any decent way to phrase it.
“You’re in the House of Carnal Society,” she told him.
“The what? ” he asked.
She giggled. “It’s a brothel, silly! Hadn’t you guessed?”
Arlian looked at her in embarrassed confusion. “What’s a brothel?” he asked.

4
Book about dragons blood that heals

6
Falsely accused witch befriends transforming dragon she was to be sacrificed to
6
Fantasy book with main character who has a scarred hand and powerful blood granting him longer life
17
Looking for a book about a huge war with dragons
4
Story about a girl creating dolls or crosses and suspected of being a witch?
7
Book set in a medieval VR world where the main character goes to the physical server to play for a better connection
5
LitRPG book with the main character "trapped" in VR MMO world, manages to re-invent tobacco as a crafting recipe, serves a "dark" god
8
PC Game: Flaming skull skeletons as enemies