Does Batman have a spacesuit?

Batman has different types of suits and various gadgets for his fights. But does he have a spacesuit for surviving in space? If so, in which edition is the use of a spacesuit by Batman shown in DC comics?

He has at least nine (and an unclear one, and a bonus one).

Ordered by media and publication date.

Seven in the comics 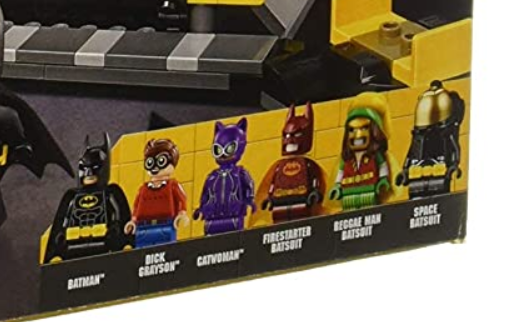 One in Batman: The Brave and the Bold

Seen in the very first episode, "The Rise of the Blue Beetle" (2008): a seemingly regular Batman suit, combined with a breathing thingy and a jetpack. I don't know if that counts as a space suit, but he's flying in outer space and not dying. I don't think kevlar and leather allow for that. 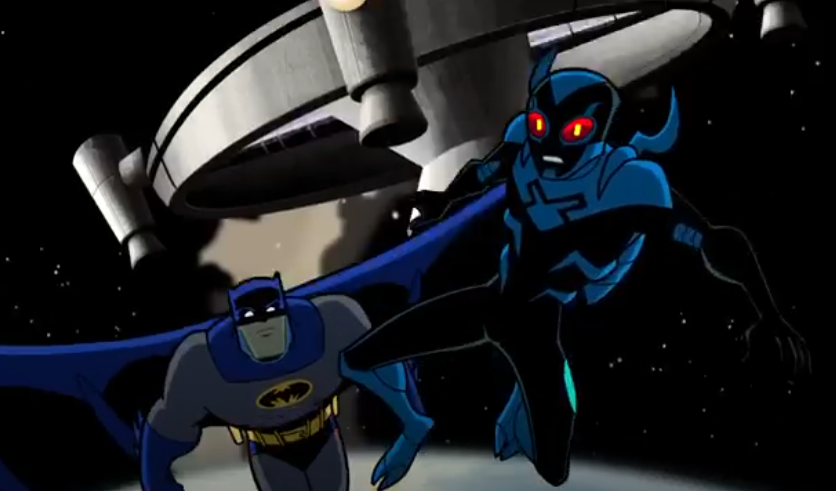 One in LEGO Batman 3: Beyond Gotham

The minifigure sold by LEGO on Amazon is listed as "Space Batman". Batman can be seen in action wearing this suit in various videos of the game. 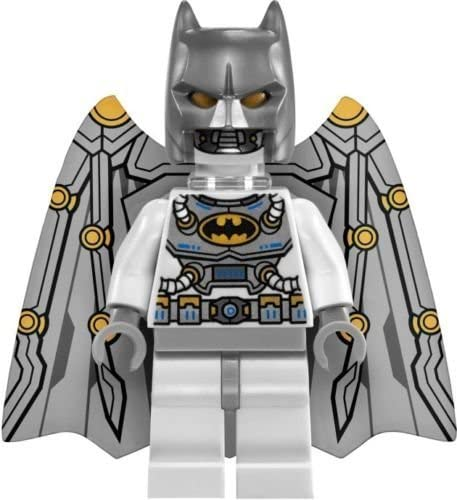 As a bonus, here's a Batman spacesuit which is supposedly not a Batman spacesuit. It's featured in Superman/Batman #78 (2011), where two kids imagine how a "Batman vs Superman" scenario would play out. Part of it involves Superman taking Batman to space, and Batman revealing his suit actually contains an unfolding spacesuit inside it. And while it may just be a kid's imagination, at the end of the issue, Batman (who was watching from above) tells Superman that the kid had "a lot of it right, how I'd beat you". Without detailing exactly what... 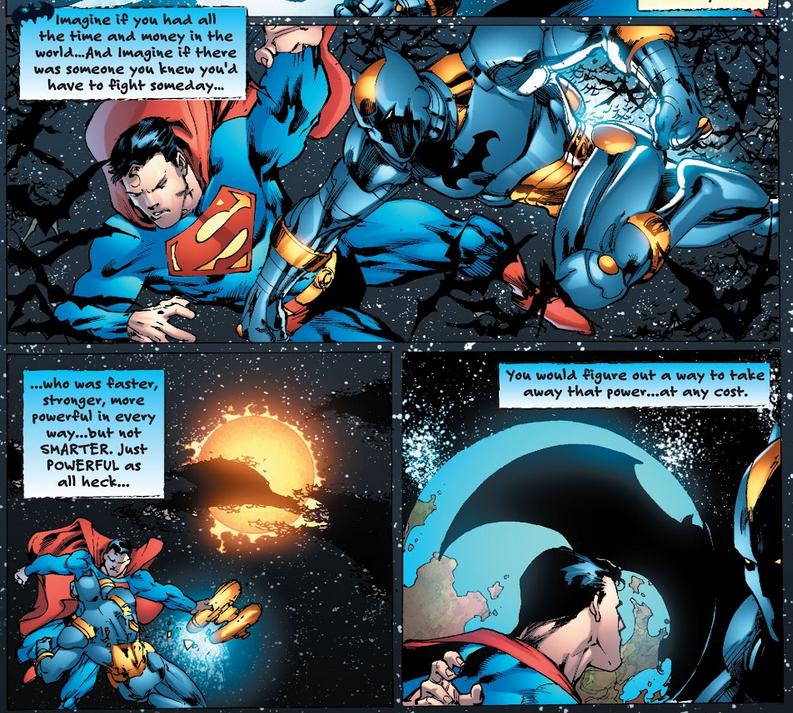 Standard comic rules apply to the whole DC universe, and Batman adds another layer to that. If the writer decides his regular suit + breathing device is enough to last him two whole minutes in outer space, then it will be, as shown in Legends of the Dark Knight #2 (2011). Because he's Batman! 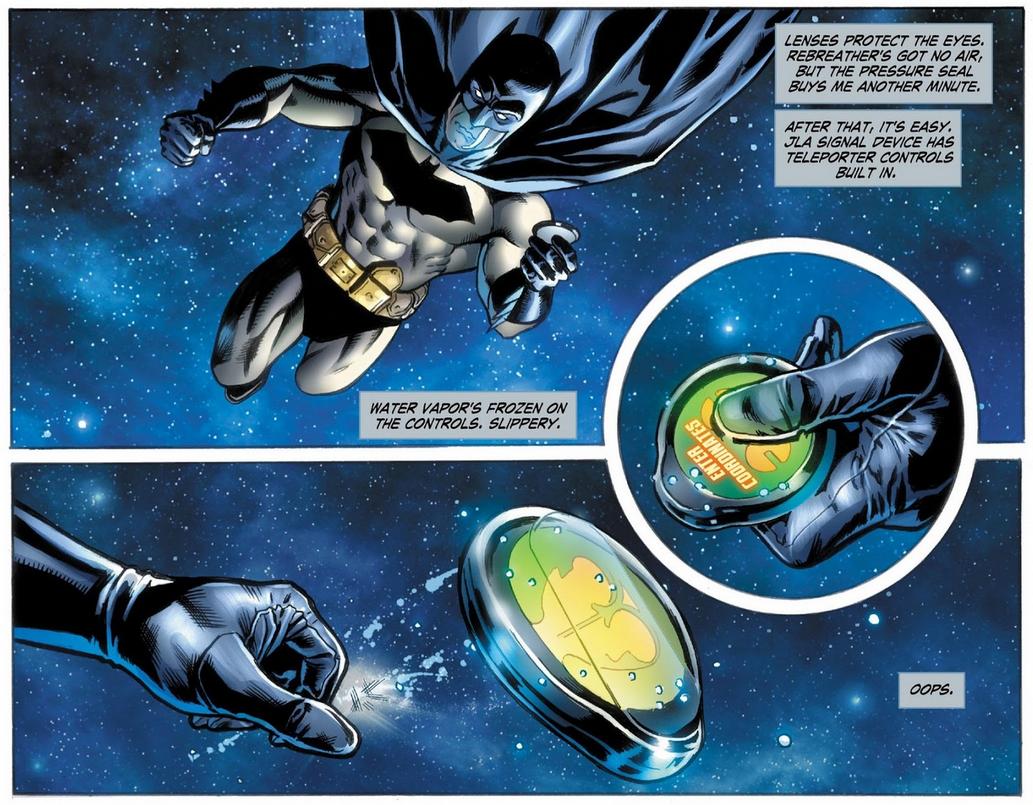 Hat tip to TheLethalCarrot for locating that panel's issue for me!

Fittingly released one month before the first moon landing in 1969. Joker sends Batman and Robin to "be the first to die on the moon". 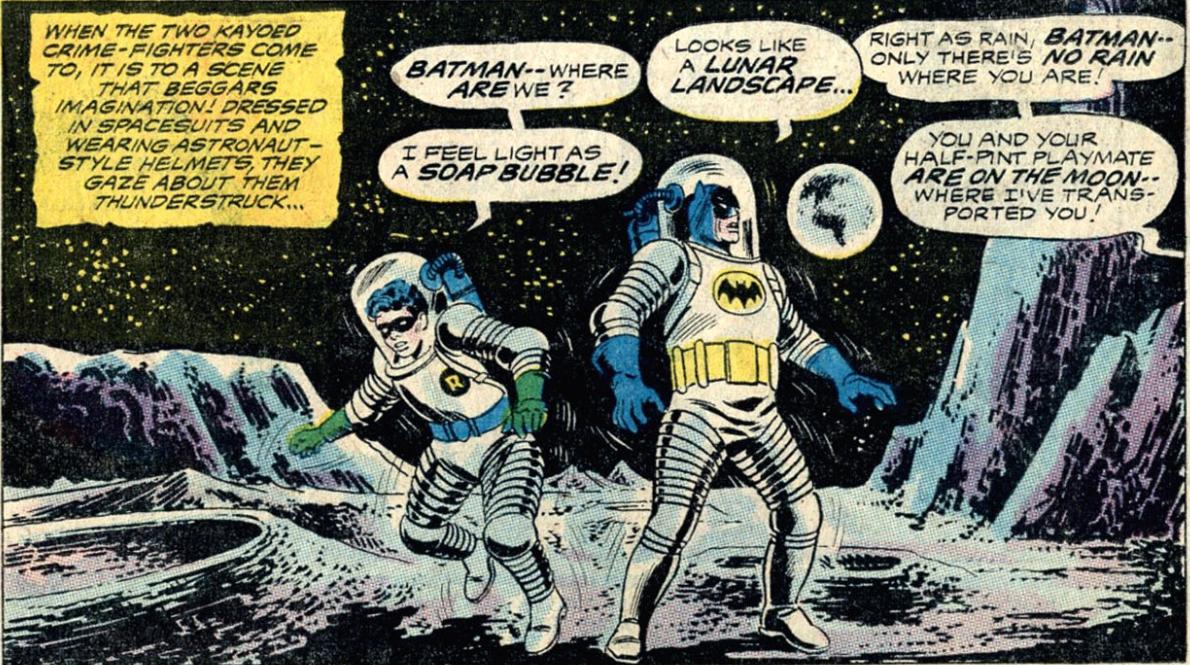 31
Does Superman need to breathe?

34
How does Batman have time for the amount of research he does?
13
Does Batman/Bruce Wayne have a quintessential “love of his life”?
4
Does anyone know where I can find a Batman-Wolverine crossover?
25
When did Batman say “I am Batman” for the first time?
16
How does Bruce Wayne justify his Batman expenses?
10
Does the Batmobile have a music player?
4
Does Batman's utility belt have any other “standard” equipment besides grapple guns, ropes, communicators, gas pellets, bombs and batarangs?