Isekai Manga about Protagonist with no Magic?

I am looking for an Isekai manga; I might be confusing two stories together. We have our Heroine Protagonist who was killed in the modern world and Isekaied to a Regency world with Dukes and Kings. Since she thought she was the heroine and Isekaied, she thought she was going to be special, have magic, be the hero, etc. The first few years of her life, everyone thought she was a prodigy because she could read and write, but as she grew older and had no magic, she loses her favor and becomes depressed or something.

Now for the second part, it might be the same story or it might not. In this part there are two princes. The first prince is a military genius but his second brother sucks. The queen, who is not his mother, plays her political game and he is removed from the throne and his brother becomes king. He is sent to marry the daughter of an aristocrat that has a territory that is isolated from the capital. The daughter turns out to be Isekaied, so she has introduced a lot of technology to the territory. The province is very advanced compared to the rest of the world, an Atlantis sort so to speak. Now, the stupid brother King attacks another nation to prove his worth. So now the first prince and the Isekaied heroine are pulled into this war they don't want to be a part of. I think the soldiers that belonged to the first prince arrive at the castle at one point and the Isekai heroine almost kills them with her technology.

I might be confusing some things, but bear with me for a minute.

My guess is probably wrong, as you never mentionned the MC being a princess (though you talked about Dukes and Kings) or using magic through objects for studying purpose, or even using a flying broom. But I still felt like putting It here as an "honorable mention".

Anyway, this is the manga adaptation (from Jul 27, 2020) of the original light novel bearing the same name (from Jan 18, 2020). I think it is quite uncommon for a novel to be adapted to manga this early after the realease, so it was probably being adapted before the initial release of the light novel.

Original drawings from Harutsugu Nadaka (@Ume_boC on Twitter) who is known for their work on two Kono Suba spinoffs (the Megumin Anthology¹ and Aka²). 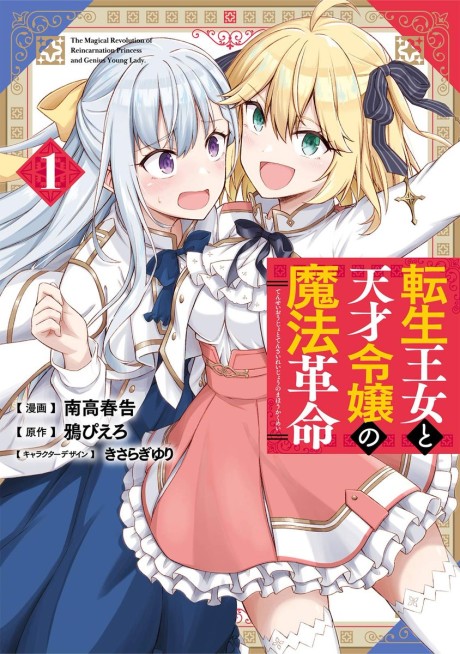 Anne-Sophia, the Princess who remembered her previous life at a young age, as well as her old self’s intense love of magic, set off to live out her fantasies in this fantasy world.

One day, during a magical mishap, she stumbled upon a scene where her brother Algard was breaking off his engagement to his fiancee, Euphilia.

What nobody could have foreseen is that this strange meeting would end up changing the course of history.

Feel free to point out anything that I'm doing wrong, I'm new to Stack Exchange.

Ohmi Crown Prince Matisa has been ousted and ordered to go to the province of Daites and wed its young lady, Miliana. Known for its isolation, Daites serves as a place where he will never be able to rally influence—the perfect place for the banished prince.

Contrary to expectations however, Daites is secretly a booming province of wealth and innovation. The source behind this is Miliana herself, who bears memories of her past life in modern-day Japan. Using her photographic memory, she has introduced advanced technology, new forms of transportation, infrastructure, and even weaponry.

The province is like Atlantis in that all of her inventions have been kept secret, and haven't spread outside of the now-prosperous but isolated region. 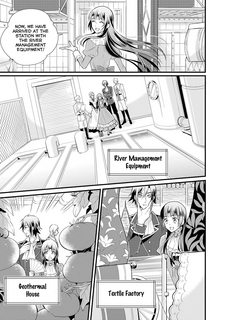 The prince was sent here to marry the MC because the queen didn't like him, and preferred his brother. The prince then starts a disastrous campaign against a neighboring country and is utterly destroyed. This results in the prince being recalled to the capital. A large force of soldiers shows up (but not with the prince), and Miliana does freak out and nearly attack them with her advanced weaponry.

None of the details of the first paragraph match this story. Miliana is never concerned about her own magic or thinks she'd be able to do any. There's barely any magic at all, only a nebulous "divine protection" that her husband (and others) possess. No one ever doubts her genius and she never becomes depressed or anything.

There aren't a lot of details, but the first story might be the Korean webtoon A Common Story of a Lady's New Life, aka The Stereotypical Life of a Reincarnated Lady.

Valerie thought she’d be a genius mage in this world. But when her magic can’t get past basic and her teacher shares a prophecy of a tiger coming to attack(!!), she opts to enjoy an ordinary life.

The synopsis covers much of it; Valerie is reincarnated with all her memories and mental faculties. This means she's treated as a genius from a young age, and tries to learn magic with the help of a tutor, but is unable to make any real accomplishments. As a result, she simply gives up.