Did the five Robins ever meet each other in the comics?

I saw on Google that Batman has had five different Robins in the comics, who had all left for their own reasons. Have they ever meet each other in the comics? And I don't mean just manage to catch a glimpse of another Robin, but have the five of them been together in a place and at least exchanged a couple of words?

If we assume the five Robins to be Dick, Jason, Tim, Stephanie and Damian, then they meet in the same comic at least three times.

The first one is Detective Comics #1000 (2019) where the whole Bat-family is gathered up on a roof for a group photo. It's unclear whether they all talk to each other, but not unlikely. 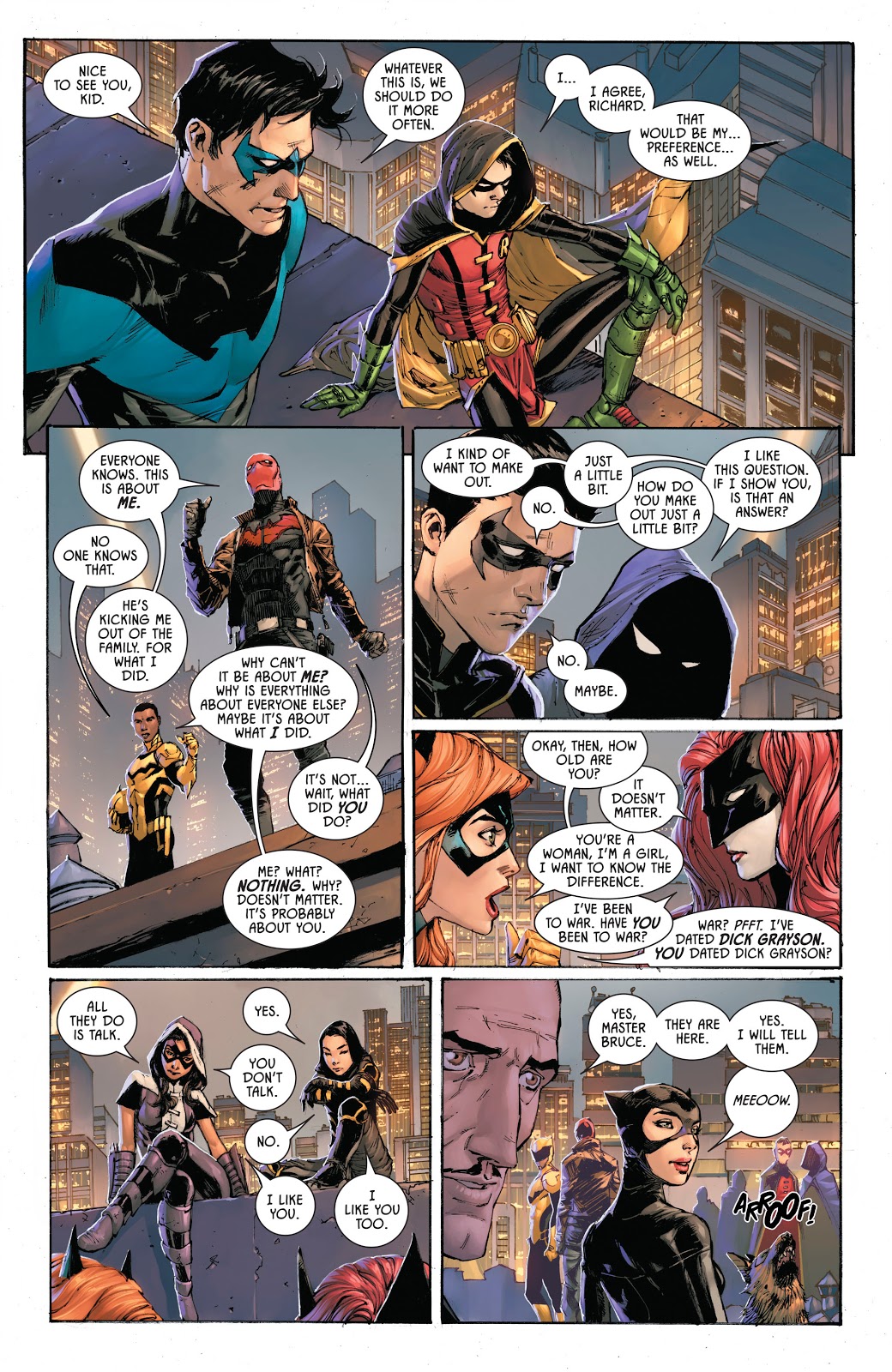 The second one, much more on point, is Batman: Gotham Nights #12 (2020), aptly titled "Five Little Robins". Basically the whole issue features all of them,

even though Damian was impersonated by Clayface, but the real one eventually shows up. 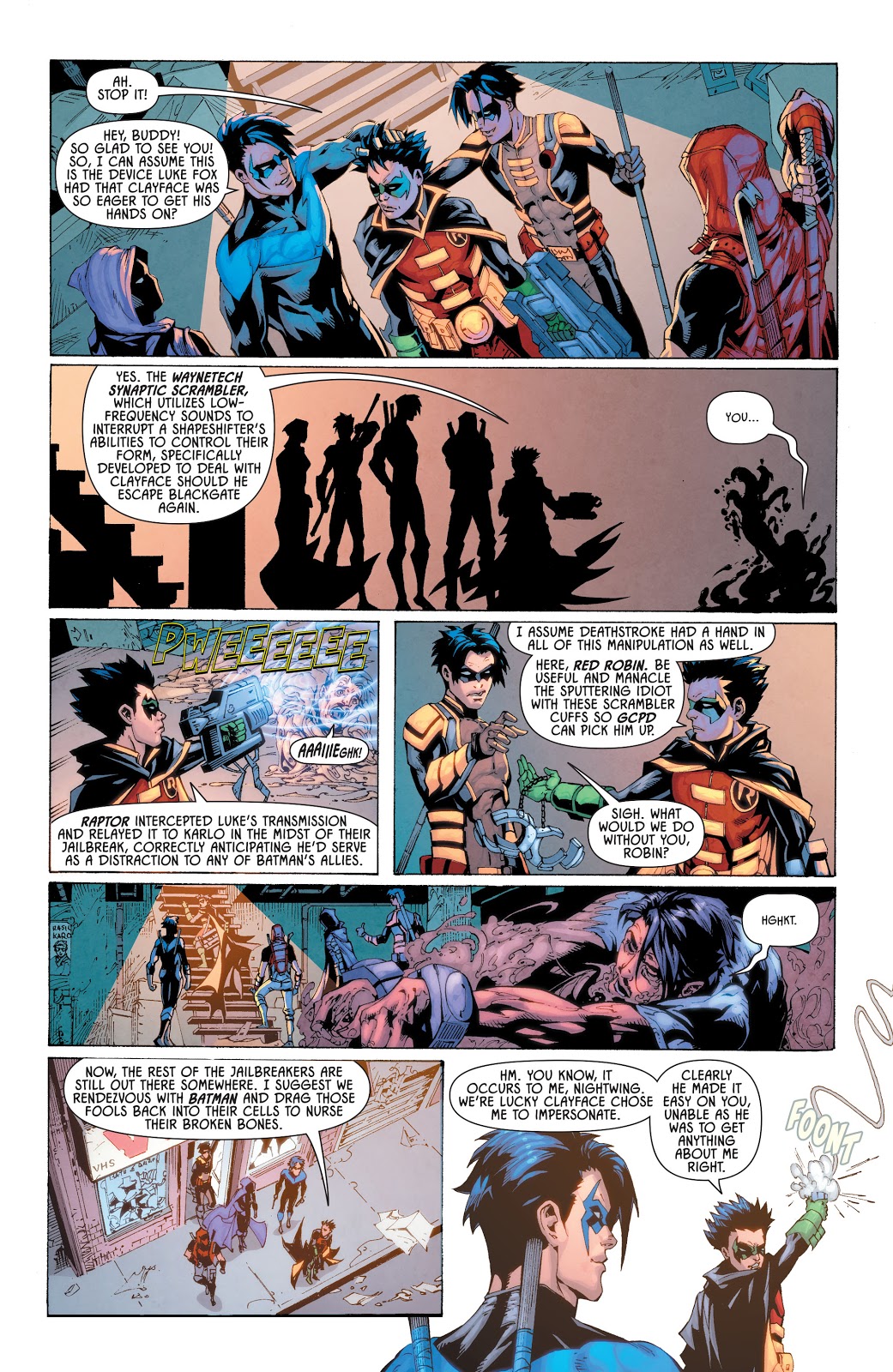 The third one, also very on point, is the story "The Master Class" from Detective Comics #1027 (2020), where all these Robins (and Batgirl, and Batman) meet to investigate the same inexplicable murder, which they originally believe to be a set-up to test their detective skills. They all talk to each other. 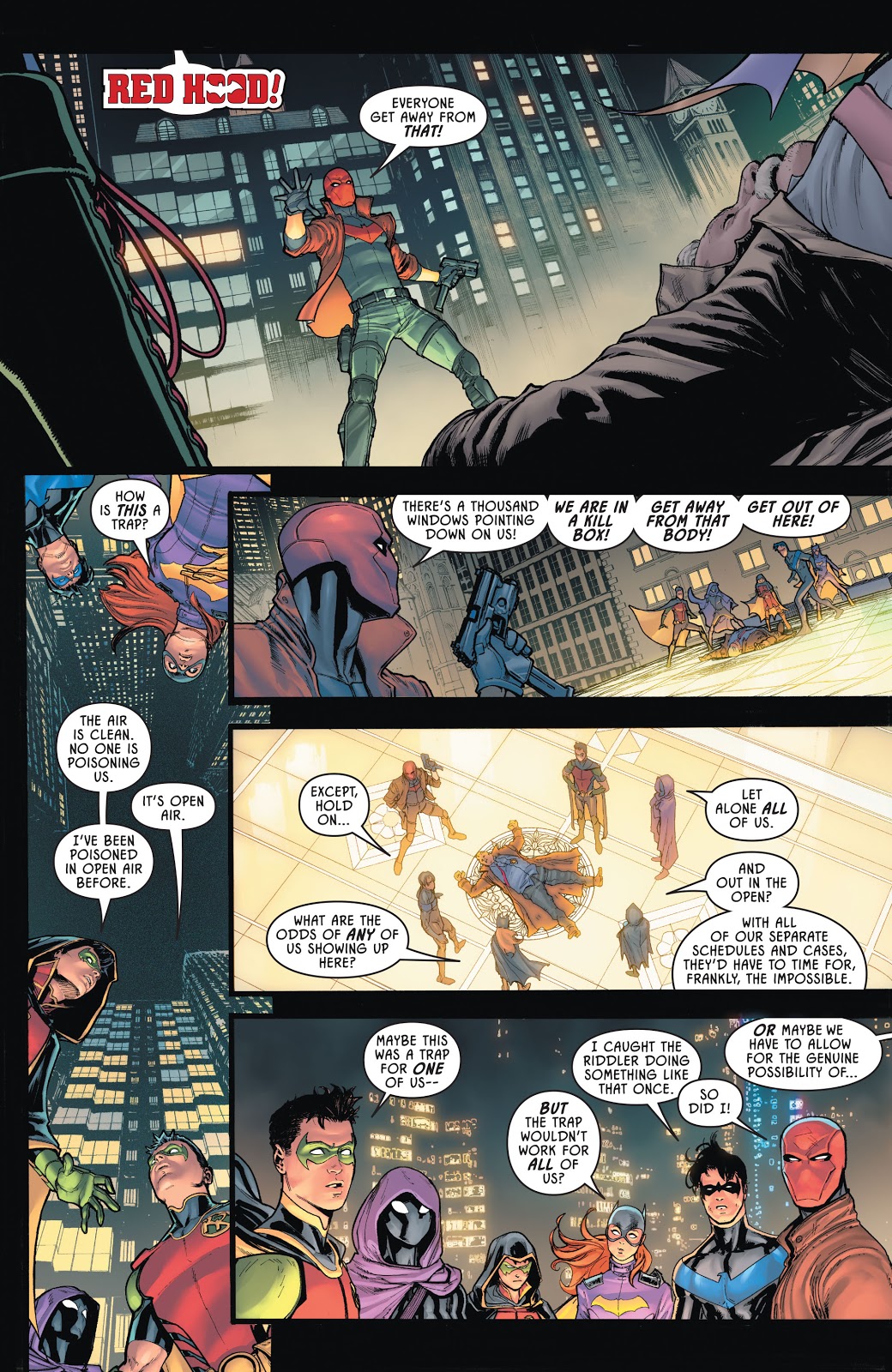 For one thing, there were more than 5 if you count spin-offs and one shots - like Carrie and Julie. If you go back to the 1950s canon, Bruce was the original Robin when younger, but that got edited out in the 1980s sometime. The various universes and things also complicate it. Many people also argue that Stephanie doesn't count.

Pre-2011 re-write, Dick, Jason, Tim, Stephanie and Damien all met at various points. After the 2011 relaunch, Dick, Jason, Tim and Damien have all met up and met Stephanie too, but in that continuity, Stephanie is never Robin as far as I remember but they make Carrie (from The Dark Knight Returns) part of the canon Robins instead.

There are also other universe Robins, like Helena who doesn't exist in the main universe, and not to mention that age switch with Bruce and Tim where Bruce was Robin for a while...

Not the answer you're looking for? Browse other questions tagged dc comics robin or ask your own question.

14
Did Superman Ever Meet His Parents or See What Krypton was Really Like?
3
How are the Top Cow comics series related to each other?
16
Why is Batwoman part of the bat family?
13
Why does Superman love Lois Lane?
10
How do Hawkgirl and Hawkman reincarnate?
9
How long has Batman been “The World's Greatest Detective”?
2
Have Peter Parker and Peter Quill ever met each other in the comics?
17
In the comics, have any of the Robins called their costume “target attraction” for villains?