An old anime featuring a teen transfer into a beastly armor

I saw this Japanese anime on TV anime channel with Chinese subtitles ( I live in Taiwan ) when I was very young ( in the early 90‚Äôs ) so the memories are pretty blurry.

Plots: It was a long film anime. I remember a footage that was a teenager boy transforming into a beast-like creature by growing metals on his body.

While he was transforming, a man drives a car with the main girl-character sitting with him, and the car runs into the transforming boy and push him to a fence. Looks like that man was trying to stop the transformation by killing the boy with his car.

Turns out that man is the villain and somehow he also became a cyborg and fight with the boy at the end. The villain even throw the girl down the building while the boy lost conscious. Then the boy suddenly woke up and killed the villain and fly down to save the falling girl.

The ending scene is the girl sits in the car and turns her head then realized that boy is looking at her quietly the whole time. Then the audience heard a voice of the beast roar in the background and the cast starts rolling...

Armor Details: The armor and cyborg has something to do with human bio-experiment. The teenager boy was likely forced to grows an armor all over his body after an experiment and he sometimes struggled in that suit. The armor looks like a beast that even has some fur on it. And he sometimes roar like a beast, too.

Style: Can‚Äôt really recall the art style but the only thing I know was the whole story looks dark. Seems like its not for children. It‚Äôs very well-animated due to it‚Äôs a long film instead of short series.

I‚Äôve been searching for this a long time. It‚Äôs not Guyver. Even thought it sounds familiar.

I truly want to know what this film is. I watched it when I was like 8 or 9 ( I‚Äôm 32 now) hope someone could help me...Thanks!üò≠

One anime off the top of my head I saw, S-CRY-ED where the main character adopts armor transform late in the series which appears to have hair. 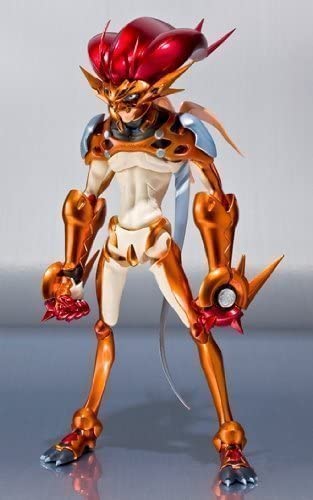 6
Movie featuring a little girl and cyborgs, with an old -west feel
8
Does anyone remember this old "trapped in a video game" anime?
11
Old anime I saw about 15 years ago with transforming characters
5
Mecha-Anime with a kid who gets sucked into a video game
13
1990s(?) Japanese anime - People with eyes tattooed on their arms transform into robots "By the power of The Eye!"
6
Fantasy anime where girls transform into different things to help others
6
Anime or cartoon where one of the main characters had a robotic/cyborg arm and was protecting a young woman