I don't really remember a lot of the cartoon I remember that had 3D animation. In one episode I think the brother of one in the main group tried to be an alien/monster catcher but they don't want him to be in the group. Then this other group showed up and take the kid but the group turned out to be fake, they were aliens. Also they had Tron like suits and I think they used pistols. 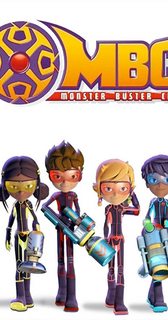 Possible: 3Below: Tales of Arcadia. 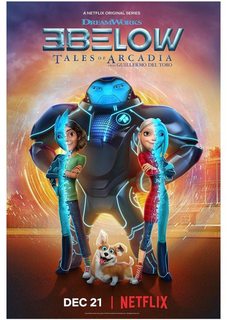 5
Show that I watched on Cartoon Network, about teenagers who could transform to monsters
5
Cartoon about a boy and his friends capturing monsters
3
Cartoon that aired somewhere between 2000-2010 similar to Digimon
8
Animation show about 4 kids and 1 red alien, kids save alien from being captured by an evil organisation
7
Cartoon TV Show About Three Kids and Monsters and a "veil" between realms
1
Cartoon about 3 kids on a spaceship that could turn into monsters from a device
4
A tv show where teens go into storms and end up in like a race track in a parallel dimension and fight villains for keys
9
Late 90s SF cartoon. Dark dystopian style