Why do some Federation ships not have deflector dishes?

Most Federation starships have a deflector dish below the saucer section to protect the ship from hitting pebbles at high speeds. 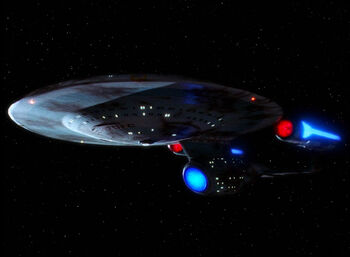 But not the Oberth class vessels. 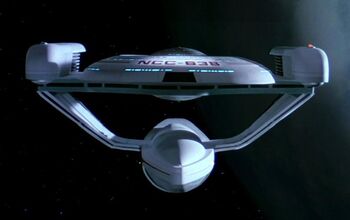 Nor the Soyuz class ships. 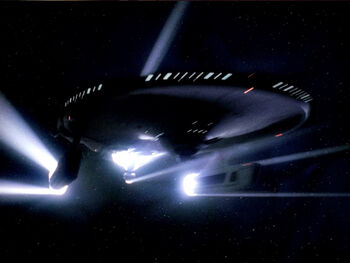 Nor the Miranda class ships. 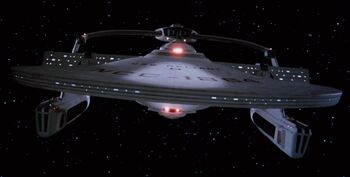 If deflector dishes are necessary for safe warp speed travel, then shouldn't all warp-capable ships have them? So why not some classes of Federation ships?

According to the Klingon Bird-of-Prey Owner's Manual, deflection (per se) is essential for interstellar flight, but deflector dishes are merely one set of technology that can be used for that purpose. Some Klingon vessels have large, visible deflectors and others store them entirely in the wings and main body of the vessel.

The most constant threat faced by a Bird-of-Prey isn’t an enemy vessel but the damage that could be inflicted by specs of dust. Like all vessels traveling at the kind of velocities needed to traverse interstellar space, if the Bird-of-Prey collided with dust, cometary emissions, micrometeroids and even gasses it would penetrate the hull causing catastrophic damage that would kill the crew in seconds.

These particles pose a continuous hazard to navigation, beginning with relative velocities as low as 20,000 kellicams per hour—some 40,000 kilometers per hour. The problem becomes even greater at warp speed. The Bird-of-Prey’s on-board navigational computers will automatically plot a course around large objects such as planets or even asteroids, but the only effective way of dealing with small particles is to clear them out of the ship’s path.

Various spacefaring cultures have used electromagnetics and radiative subspace devices to build barriers ahead of their ships, effectively driving particles away from the flight path. Some of these deflector fields have a very long range. This is necessary at warp factors as high as warp 9 where the ship is traveling many times the speed of light and yet must move particles away before the ship reaches them. Many spacefaring cultures use multi-tonne coils and dishes to create a sweeping deflector path. The B’rel-class employs a combination of smaller fields generated by the plasma-powered warp wing, the close-in field emitted by the defensive shields, plus a more powerful central field flung ahead of the ship by the central deflector—a series of energized plates surrounding the photon torpedo launcher 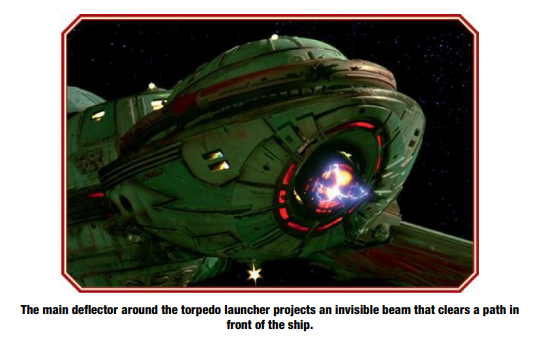 I think what's confusing is that the Federation places theirs prominently on the front of the ship for their larger vessels. What's interesting is most of the other alien craft we see do not have a deflector dish 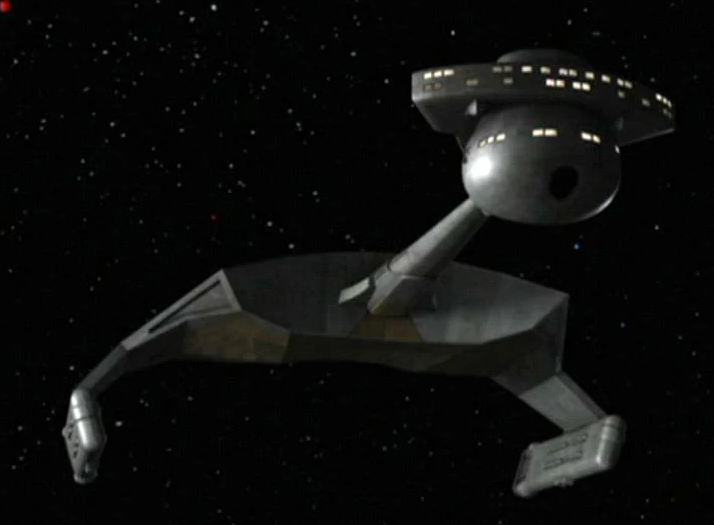 There's also myriad Federation warp capable shuttles (like the Danube class) without a visible deflector dish either. As such, it seems that

Not the answer you're looking for? Browse other questions tagged star-trek spaceship warp or ask your own question.

14
Why doesn't the Enterprise ever hit an asteroid?
5
Do any non-Federation starships have deflector dishes?