What experiment were they running on the sand?

In Spider-Man 3 we see Sandman transformed into sand and he then manages to reconstitute himself. This is all because some crazy scientists were running an experiment, that he got in the middle of. 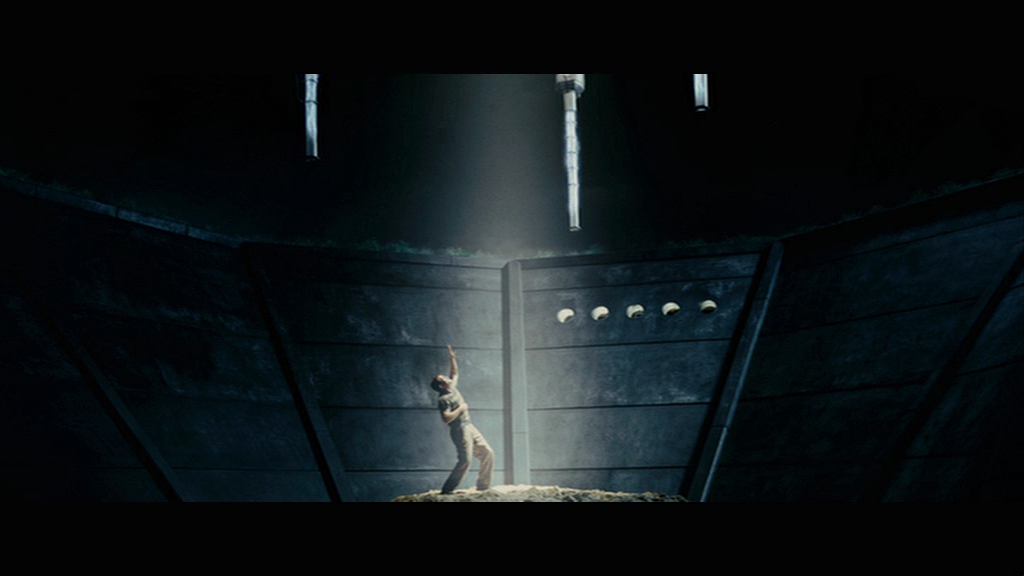 What were they up to? What results were they expecting form a pile of sand?

The film's official novelisation indicates that the plan was to use a particle accelerator to create some manner of high-energy field, illuminating the sand and causing its interatomic bonds to break down. They were then going to use a variety of sensors to monitor what was happening.

The goal of the scientists seems to have been to create a energy beam capable of 'total demolecularization'. They theorise that although they're being told that they're conducting pure research, that the beam will end up being weaponised.

“Well, of…” Donnie looked surprised and pushed his glasses up on the bridge of his nose. “Of course it matters. I mean… total demolecularization… it’s…”
“They’ll weaponize it,” Michel said sourly. “Just you wait.”
“They keep saying it’s going to be just for molecular research,” Donnie protested, but he didn’t sound entirely convinced.
“They can keep saying a Big Mac is filet mignon, but it’s still gonna taste like a Big Mac,” a fourth scientist, Sean O’Shea, commented. He was walking into the lab and heard the tail end of the conversation. Tall and lean, he filled the room with his presence and said with quiet authority, “Gentlemen, ours is not to question why, and so forth and so on, you know the drill. Let’s get our baby up and running, shall we?”
He always referred to the project as “our baby.” Chafin suspected it was because he was more comfortable calling it that than “our future weapon of mass destruction.”

The silicon seems to have been intended as a test material to determine whether the beam and field were performing correctly.

Knowing that the sign screamed DANGER! high energy particle physics test site! keep OUT! would not likely have made him feel any better.
Inside the research facility, the technicians studied the arrays on their computer screens. “Capacitators charged,” Ashley Michel said, satisfied at the results she was getting.
“Right,” said Chafin, confirming it. Then he saw something that didn’t look quite right, and he leaned toward Blaswell. “Donnie, got a little fluctuation on one.”
Adding his own concerns, O’Shea said, “There’s a change in the silicon mass.” Donnie considered the possibilities and reasonably concluded, “Probably a bird.” It made sense. Stupid birds saw the pile of sand at the base of the particle accelerator gun and didn’t know it was there to measure molecular bonding. They thought it was someplace convenient to build a nest and lay their eggs. “It’ll fly away when we fire it up.”

Since no answer from Thaddeus so far, I will take a stab...

In the original comics continuity, he didn't actually himself get into the experiment to make sand:

Immediately, William flees to a nuclear testing site on a beach near Savannah, Georgia where he comes into contact with sand that had been irradiated by an experimental reactor. His body and the radioactive sand bond, which changes Marko's molecular structure into sand. Impressed, he names himself the Sandman after his new powers.

The sand is just there as an agent.

In the Ultimate Marvel Universe,

Flint Marko is a genetic mutation by industrialist Justin Hammer who attempts to recreate the Super Soldier Serum.

In TV series "The Spectacular Spider-Man":

Big Man uses Marko as a guinea pig in Oscorp's underground experiments meant to give Marko a super silicon armor, but the experiment goes awry and transforms him into the Sandman

In the movie, it also seems that Wiki says that the molecules in his body were fused with sand, so it doesn't exactly explain what the experiment was. But there's no reference and i couldn't find any more-or-less official movie script.

Not the answer you're looking for? Browse other questions tagged spider-man science marvel spider-man-3 or ask your own question.

4
Why was the Sandman's locket not transformed into sand?
3
What issue is this Mary Jane monologue from?
7
Why do mutants get their specific powers?
13
Why are heroes without supernatural powers considered “super” heroes?
73
How was Spider-Man persuaded to join the side he did?
15
On Pepper Potts and Tony Stark's relationship
4
Why did Venom fight Jack O'Lantern?
9
In the MCU, how did they decide to use a subtitle for the movie instead of numbers?
13
How many types of webbing does Spider-Man have?
12
An episode from Spider-Man animated series (1994-1998) in which he has a dream sequence or an hallucination about being an actual spider