looking for a book about dragons that could disguise themselves as humans. I read this around 2012-2014. It was a YA thing iirc, the story started with an orphan (?) who was adopted by a guy trying to find+kill dragons. There was a dragon hiding in Venice, I think.

Perhaps The Saint of Dragons by Jason Hightman? 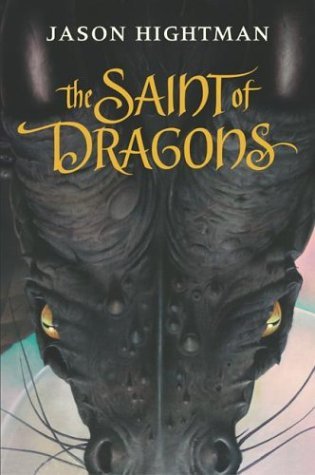 In Hightman's atmospheric tale, dragons exist in the modern world but have mastered camouflage ("They look like men now, mostly," explains the Dragonslayer). As the novel opens, 13-year-old misfit Simon St. George waits with his classmates for a streetcar on Halloween eve and beetles begin "swarming" over their feet. The author then shifts gears to a group of knights in full "Crusader" regalia who raid a turreted estate outside Chicago, Ill., where "beetles swarmed" at the roots of the trees, connecting the scenes. All but the knights' leader, Aldric, are killed in the Dragon attack. The beast dies, but not before divulging that he knows about Aldric's son. Simon is then plucked from his boarding school by Aldric, the father he has never met. The father-son relationship never really develops; rather their experiences create a kind of shared bond. The two seek out the beast Aldric believes is the last of its kind, the White Dragon. Here the author injects some humor: the White Dragon lives in an apartment overlooking New York's Central Park and masquerades as a patron of the arts. There they also meet a magician and travel with her to Venice, where they learn of a network of beasts planning an apocalyptic disaster called "Fire Eternal." In their globe-trotting to France, Russia and China, the duo meets one dragon that may have some heart. The gray area of this dragon's motives adds complexity, if some ambiguity, to a fast-moving adventure story.

Found with a search for novel dragons venice

Not the answer you're looking for? Browse other questions tagged story-identification books novel young-adult dragons or ask your own question.