Why did Steve choose this character to be the next Captain America? [duplicate]

At the finale of Avengers: Endgame

Steve Rogers is shown passing on the gauntlet (shield) to Falcon.

Why would this be? I haven't noticed that Steve and Falcon have a particularly close relationship, and the natural choice seems like it would have been Bucky, who's Steve's childhood friend and much more powerful than the Falcon. Was this a movie invention or does it happen the same way in the source material?

He has two main options for the next Captain America: a semi-stable hundred year old man with lots of brain washing involved or a top of the line secret agent soldier who has proven to be reliable. Sam also shares very similar morals to Steve: they both stand up for what is right no matter the cost. Steve even hints at this before leaving.

Sam Wilson: You know, if you want, I can come with you.

Steve Rogers: You're a good man, Sam. This one's on me, though.

And sure Bucky is strong physically but Sam is stronger mentally and even physically Falcon is strong. I argued that point in this very related answer. Sam can hold his own with the rest of the Avengers very well, give him the shield on top of that and he’s going to kick even more ass.

The Russo brothers also talk about the mental aspect mentioned above agreeing with my point.

Cap and Bucky are brothers but you know what's interesting about them is they're very different people and I think that Bucky always has the ability to have his mind corrupted, it can always be taken over by someone else. That hasn't been resolved for him and Sam has his free will and I think that Sam also had a similar ethic as Cap as far as service goes in the military.

We also know that Bucky knew what Steve was doing, it’s entirely possible Steve offered Bucky the chance and he turned him down. I highly doubt it though.

Sam Wilson has been Captain America in the comics as well. 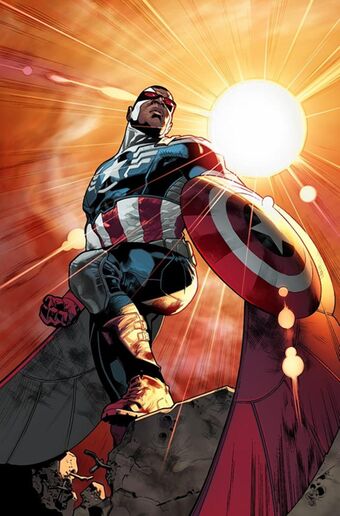 They like to take shortcuts to reflect things that happen in the comics. In the comics Cap and Falcon were partnered up for quite a while. That would make him a viable successor.

Not the answer you're looking for? Browse other questions tagged marvel marvel-cinematic-universe captain-america avengers-endgame or ask your own question.

24
Why was Sam Wilson chosen for this, but not Bucky?
10
How can Sam Wilson fulfill his future role?
8
Did Bucky know of Steve's decision in Endgame?