Are Xenomorphs immune to diseases and viruses?

Are Xenomorphs immune to diseases and viruses, at all stages of development, from the egg stage onwards?

No, they are not immune. Probably...

In the comic series "Aliens: Labyrinth", dr. Paul Church describes his experience when he was kidnapped by Xenomorphs. Instead of immediately cocooning him and turning into a host for a facehugger, Aliens were experimenting on him and his family i.e. they were trying to... make more humans (in a more squicky way that you can imagine).

Paul soon discovers that the Hive is dying from a disease - it has been infected by a sort of a mold and Xenomorphs are barely able to contain the spread: 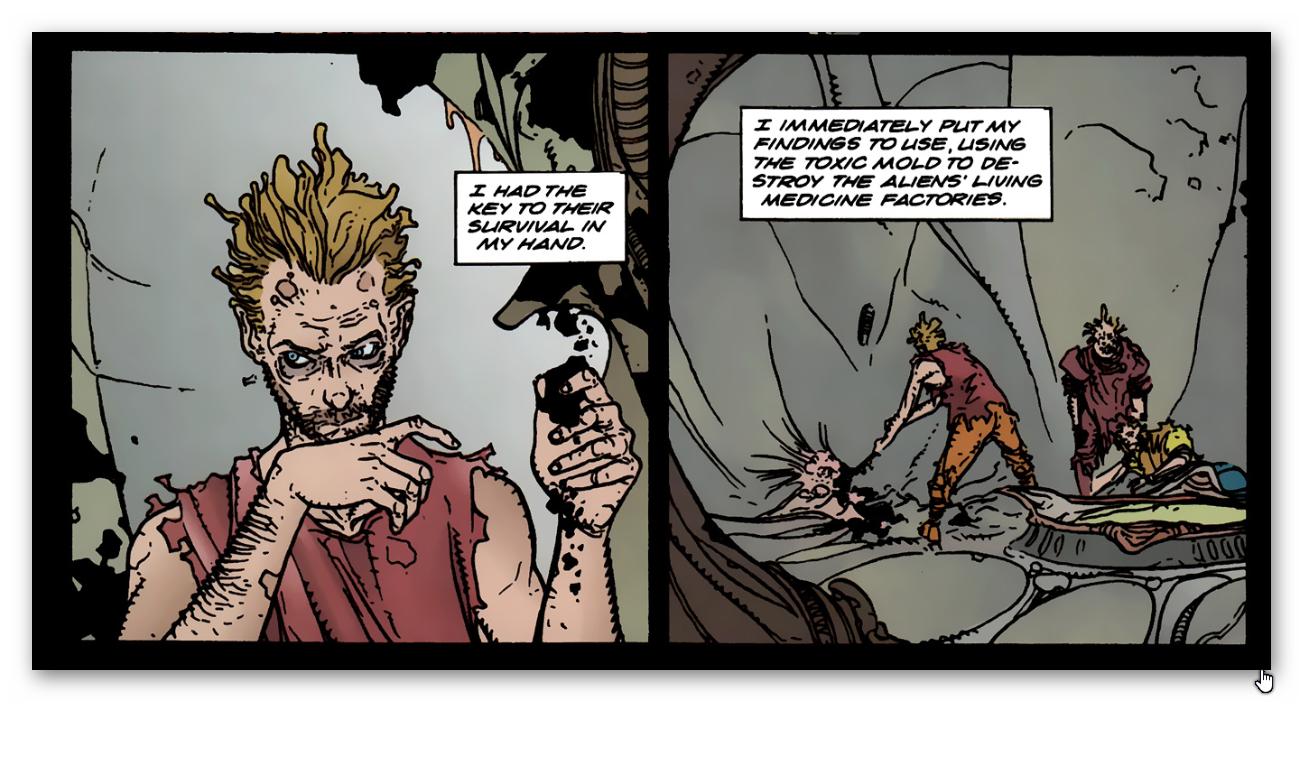 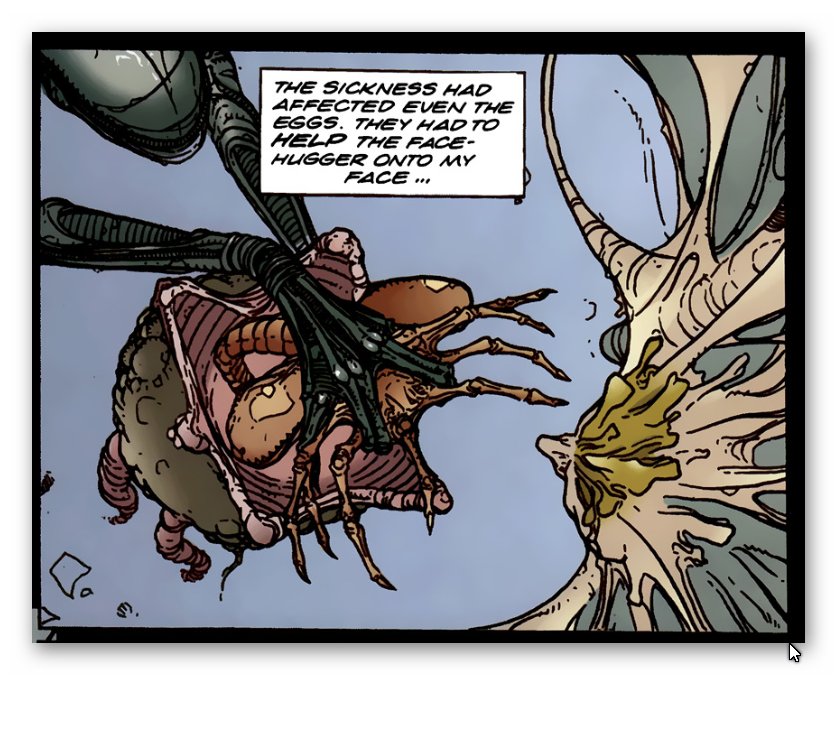 However, dr Paul Church is a sociopath, so it is possible that this is all a lie.

Surely this falls under the "no one knows" banner? Untill such time as a plot for a movie or any other medium in the canon attempts to use a virus to combat the xenomorphs we will never really know

I would lean on the side of yes the extremely acidic blood of the creatures would lend them to being immune from all but the most specialized virus and or disease.

I'd suspect not, but it is unknown how cells in silicon-based life would react to invaders. I think they may be immune to carbon-based diseases, though, or at least very slow to be susceptible to them.

8
Would an alien chestburster be classified as a parasite or as a hybrid?
8
How well can xenomorphs survive the vacuum of space?
2
Why don't facehuggers attack adult xenomorphs?
28
Why is the “Covenant” crew so careless?
6
How/Where did the Yautjas (Predators) get the Xenomorphs?
39
Did the xenomorphs intentionally cut the power?
6
Why did the cloned Xenomorphs kill one of their own?
5
Why do the Xenomorphs kill their hosts instead of using them?