Was the tree pictured in this scene the Whomping Willow?

In the movie, there is a scene in a flashback with Newt showing Leta a Bowtruckle in a tree. Were Newt and Leta at the Whomping Willow? I thought it dated to the 1970s. Lupin said it was grown, because he went to Hogwarts.

In Chapter Ten of Prisoner of Azkaban Lupin explicitly states that the Whomping Willow was planted the year he started at Hogwarts:

“They planted the Whomping Willow the same year that I arrived at Hogwarts.

As that was many years after Newt attended Hogwarts, the tree in question cannot be the Whomping Willow.

No, the Whomping Willow was not there.

In the official screenplay, where Newt and Leta were is referred to as Bowtruckle Island. There is no mention of the Whomping Willow being present whatsoever.

NEWT finds LETA sitting by the lake, tearstained, eyes swollen. They look at each other.

16-YEAR-OLD LETA
I don’t want to talk about it!

He holds out his hand and she lets him pull her up. He leads her past a few trees until they reach the one where Bowtruckles are climbing and fighting and playing. They freeze at the humans’ approach but relax when they recognize NEWT. He holds out a finger. One of them jumps on.

16-YEAR-OLD NEWT
They know me, or they’d hide. They only nest in trees with wand-quality wood, did you know that?
(beat)
And they have very complex social lives. If you watch them for long enough, you realize . . .”
- Fantastic Beasts: The Crimes of Grindelwald (The Original Screenplay)

The wand-light showed him the trunk of a thick tree; they had chased Scabbers into the shadow of the Whomping Willow and its branches were creaking as though in a high wind, whipping backwards and forwards to stop them going nearer.”
- Harry Potter and the Prisoner of Azkaban, Chapter 17 (Cat, Rat and Dog)

It would not be possible for students to stand so close to the Whomping Willow without getting hit.

‘They planted the Whomping Willow the same year that I arrived at Hogwarts. People used to play a game, trying to get near enough to touch the trunk. In the end, a boy called Davey Gudgeon nearly lost an eye, and we were forbidden to go near it. No broomstick would have a chance.”
- Harry Potter and the Prisoner of Azkaban, Chapter 10 (The Marauders’ Map)

The tree that Newt and Leta were near was not trying to hit them, very much unlike the Whomping Willow.

If you are talking about the scene where Newt is showing Leta a Bowtruckle then no, it is just a random tree: 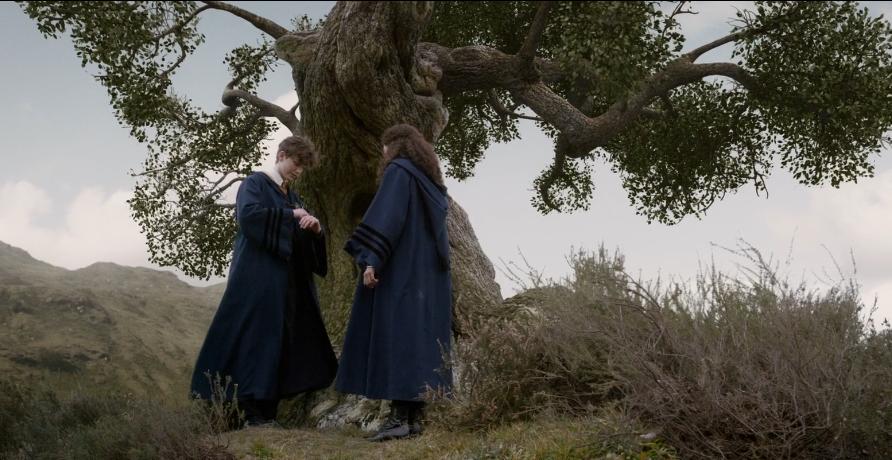 Here is the Whomping Willow for comparison: 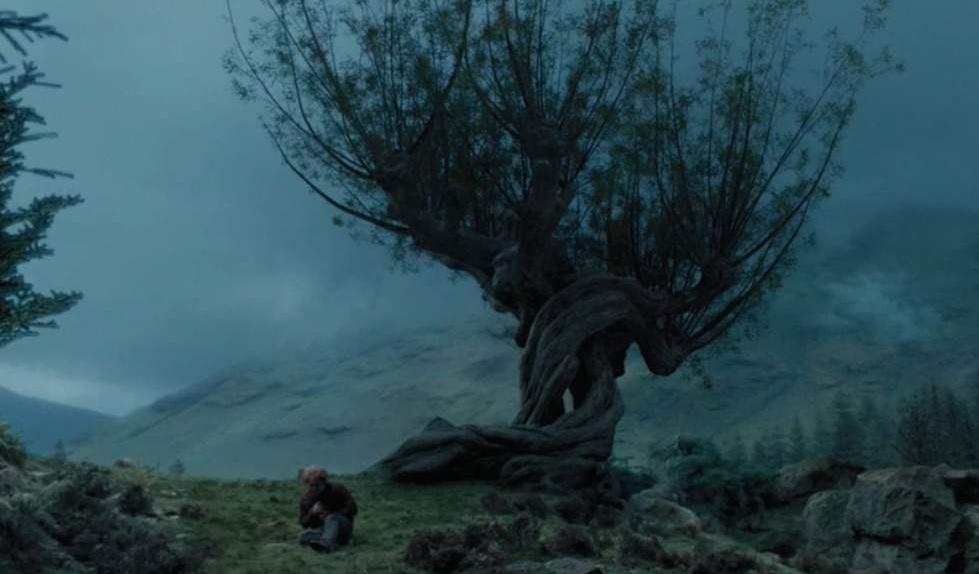 Not to mention that they would have been in trouble if they were standing next to it.