What is the Alternate Universe's Fringe Division logo derived from? 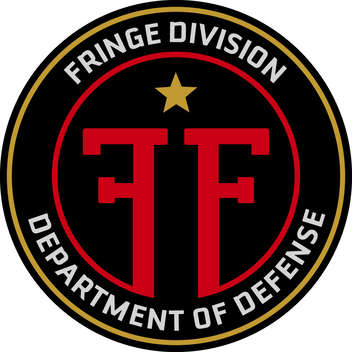 Something seems very familiar about this logo, but for some reason I can't quite pin it down. Is there a particular organization, real-life historical or fictional, from which this insignia might have been derived?

The particularly familiar-looking bits are large, red-on-black "F"s, back-to-back. I'm not sure if they're familiar because they're opposing red letters, or because they resemble a pair of red wings outstretched, or perhaps they look like some other shape I've seen somewhere on some government or military organization's banner or insignia.

References from primary canon or official commentary or documentation are preferred, but I also welcome reasonable speculation. Aside from simple demonstration or explanation of semblance, it would be good if any such speculation also included a logical reason for the similarity.

It made me recall the logo of the game "Return to Castle Wolfenstein". 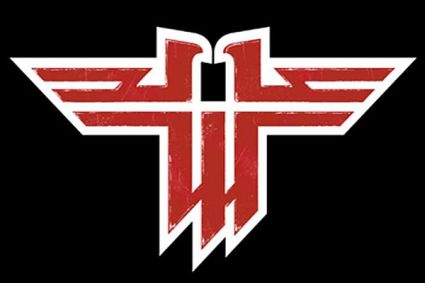 Actually, it is a very familiar logo image. I can find ten of them without even trying hard. The FF winged shape is distinctive, easy to create, and evocative of angels, winged eagles, and other flying shapes used by the military.

The place which may make it most memorable is Fallen Footwear's logo. 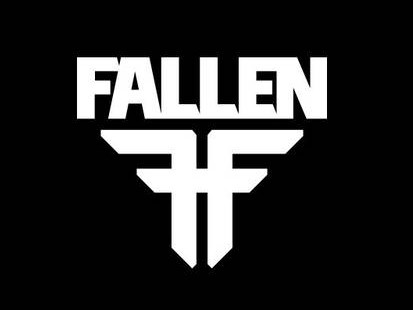 It reminds me, vaguely, of the Norsefire party logo from the V For Vendetta movie.

It always reminded me of the SS Logo: 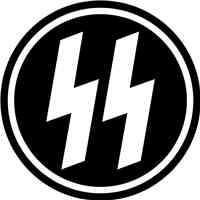 Not to 'F' letters but the circle around and the connotations to a Über police department seem to fit.

I might be hungry (like Walter always is), but it reminds me of the Jimmy johns sandwich company's logo. With their freakishly fast delivery it might just be a fringe event that needs investigating.

But I think the logo also reminds me of the twin towers which exist in the Walternate dimension but not in ours anymore. The mirrored F's being the mirrored universes and the F's being back to back fighting for a common goal are all nice side effects. 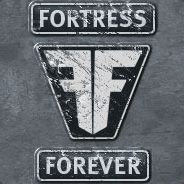 19
What exactly are the 'voids' in the Fringe parallel universe?
6
What was the movie reference in Fringe 1x02, "The Same Old Story"?
4
What kind of a building is at the Over There Fringe HQ?
10
What is the oldest difference between the red and blue universes in Fringe?
7
Fringe: how could September or any other man from the future catch gun bullets in the air?
4
What happened to Continental drift in Fringe Prime?
2
Which FRINGE division is more advanced?
3
Why didn't the maggots kill Agent Charles Francis from Fringe?
1
Question about the Machine Room bridge in "Fringe"
9
Were the events in season 5 of Fringe planned from the start?