Looking For Title of Circa 1990s English-Language Sci-Fi Film

I am looking for the title of a Sci-Fi movie, perhaps circa +-1990s. I recall alien main character striking me as looking something like Data in Star Trek.

I further recall this alien character in the movie - and in the trailer - while eating a squash, saying something like: "Good produce you have on this planet."

I seem to recall this alien might be an explorer or part of an alien vanguard.

I further recall whomever was interviewing/interrogating (although I seem to recall more of a benign interview/interrogation) whereby the alien was asked questions and, before he was able to answer, he would ask questions regarding several details which he found necessary to answer the question. So, the alien might be asked, as an example: "Do you know what time it is?" The alien might reply: "Where are earth are you asking about? What time zone? What time of the year? Daylight-saving or standard time? Greenwich Mean Time? A leap year, or not?" In essence, what seemed like, perhaps, straightforward questions that a human might answer - with human preassumptions, customs, etc. - this alien needed much more precise data in order to answer the question.

I do not recall much of the rest of the movie - although, I have combed through listings of Sci-Fi films over the last, say, 40 - 50 years. Once again, I think this was a 1990s movie - perhaps a 1980s one, but that seems too early to me. Likewise, it's possible this was an early 2000s Sci-Fi film, but that sounds to late to me.

This is almost certainly K-PAX. The movie dates from 2001 so is just within the timeframe given by OP.

The movie centres around a psychologist (Jeff Bridges) as he tries to get to the bottom of the story of one of his patients (played by Kevin Spacey). The interrogation/interview vibe as noted in the question is the conversations that are had between the psychologist character and Spacey's inmate who insists that he is an alien named "prot" from the planet K-PAX.

K-PAX is a 2001 American-German science fiction-mystery film based on Gene Brewer's 1995 novel of the same name, directed by Iain Softley, starring Kevin Spacey, Jeff Bridges, Mary McCormack, and Alfre Woodard. The film is about a psychiatric patient who claims to be an alien from the planet K-PAX. During his treatment, the patient demonstrates an outlook on life that ultimately proves inspirational for his fellow patients and especially for his psychiatrist.

As mentioned in the earlier answer, the scene with the "good produce" dialog is as follows:

Prot: [eating a banana, complete with peel, delighted] Your produce alone has been worth the trip.

The image below is from the movie poster and gives an idea as to how "prot" does look/act a little like Data from ST: TNG with the same kind of bemused look. In addition "prot" does answer questions asked to him with answers that include more questions displaying his unfamiliarity with earthly terms. 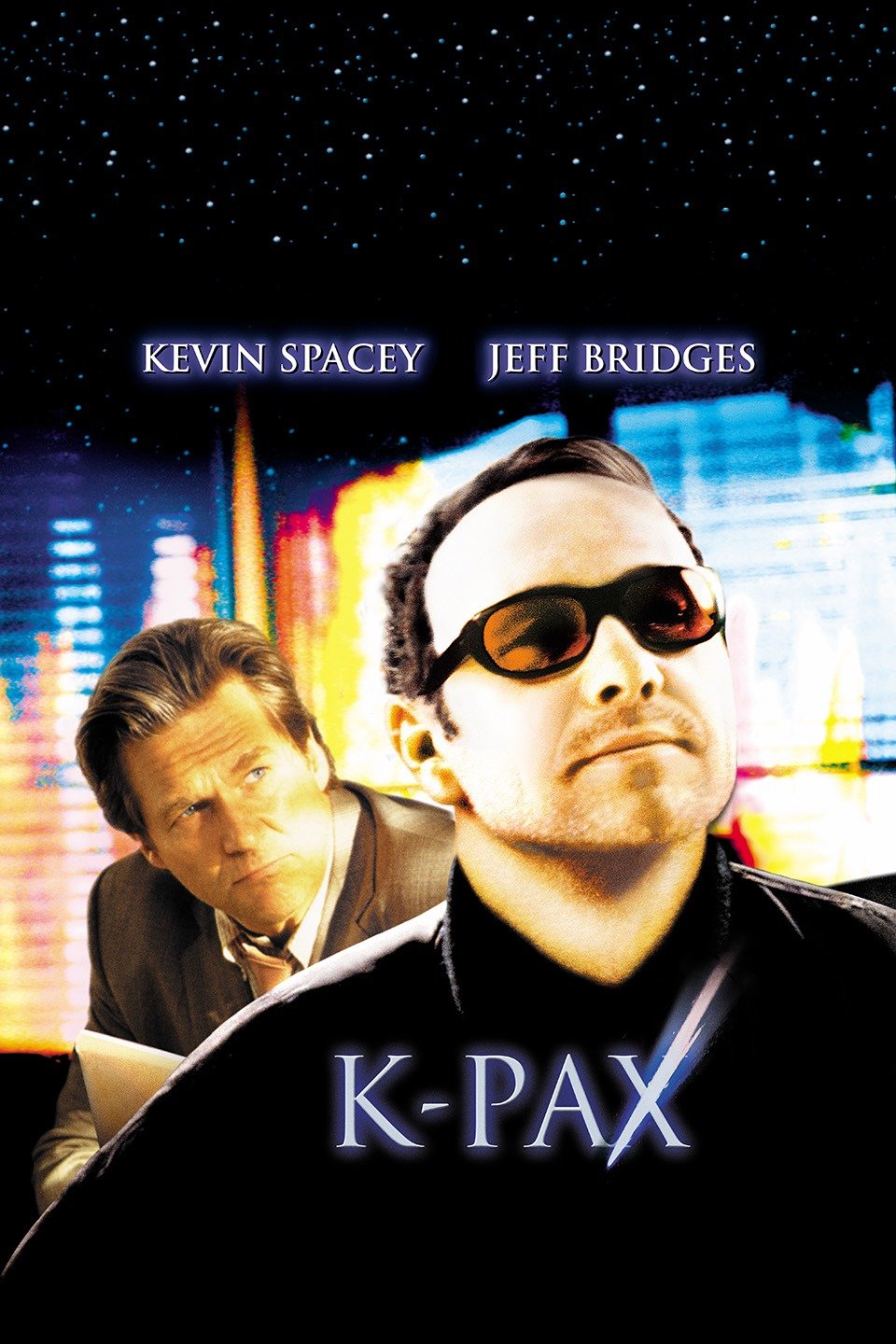 The "good produce" line is from K-Pax, starring Kevin Spacey (2001)

4
Looking for title of a film (could be tv show) about god in space
15
Looking for a sci-fi movie in which a human astronaut befriends an alien on a reddish planet
7
1990s (?) Animated sci-fi cartoon. Search for Indiana Jones lookalike
16
Looking for an old story where humans conceal their newly-discovered psychic abilities from alien visitors
31
80's/90's Show/movie about a telekinetic Alien Cat crash-landed on Earth
6
60s-70s Sci-fi film where two competing alien races send agents disguised as humans to determine control of Earth (one side cheats)
7
ID a 1980s (TV) movie with the heroine on the run with her dead father's memories stored in a VCR+computer combo in a briefcase