Short-lived sci-fi series with a former astronaut turned superhero (or maybe a police officer?) using his spacesuit for his "powers"

I only watched an episode or two of this one, so I can't recall a whole lot about it. The protagonist is a former astronaut of some sort, who makes it his mission to clean up the crime in his city. He might have been a police officer in his "new life" or he might have decided to become a sort of quasi-superhero. In either case, I distinctly recall his space suit being the gimmick that makes him an effective crime fighter in the show. I seem to recall the protagonist being a young, dark-haired man, and I think he had a friendship or an alliance with a young woman (maybe a fellow cop, or someone from the space program?). I don't think there were alien beings in the show. The criminal threats were all quite terrestrial, IIRC.

Timeframe and other Publication Details

This was a syndicated tv show I saw on American television, probably around the late 90s to early 2000's. I believe the show was filmed in Canada, though I'm not certain. I don't think it lasted very long - it was pretty dreadful. I can say for certain the show is not Space Cop or Gerry Anderson's Space Precinct.

Super Force is an American action-adventure TV series which aired from October 1990 to May 1992.

The series is about a former astronaut turned cop who uses a highly advanced combat armor and motorcycle to fight crime in the city of Metroplex during the future year 2020. Among the features of the black battle suit were enhanced strength and armament and a force field that protected the wearer from virtually all known weapons, whereas the motorcycle had an array of James Bond-type gadgets and weapons. 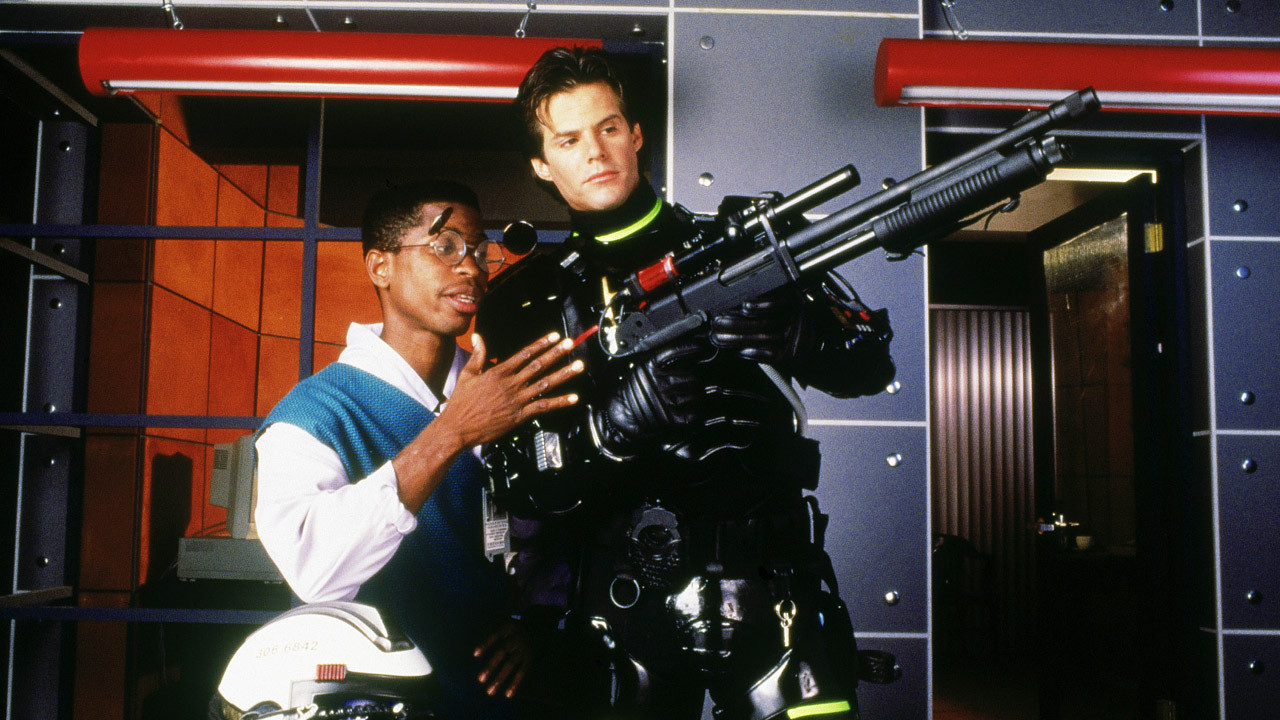 18
Collection of stories about Scotland Yard detectives/police in a world where magic is part of the job?
6
Fantasy novel in which protagonist battles against sorcerous empire with troops immune to pain?
9
Short story about Vikings in the New World. One of them becomes a werewolf through a form of mass hysteria
13
Old sci-fi novella where a space flight (and its astronaut protagonist) are threatened by radical anti-technology activists?
9
Short story where technology exists to hide organic matter inside inanimate objects. Protagonist accidentally steals woman's ovaries
24
Short story with brother-sister conjoined twins as protagonists?
5
Short story where a retired detective assists his police officer daughter through video surveillance nanotechnology imprinted on a child's balloon?