Has any version of the Hulk ever had a definitive fight with Gladiator?

The Shi'Ar Praetor Gladiator is known as one of the physically strongest interstellar heroes in Marvel canon. In various media, he has faced off against powerhouses such as Colossus, the Thing, and Captain Marvel. He has bested Thor in combat, has positively manhandled Rogue, and tossed the Juggernaut aside like he was a rag doll...

His insane power level is to be expected; he is one of the Marvel characters explicitly based on DC's Superman. I've heard tell he's fought with the Hulk, but that was back in the 90s, and it supposedly ended in somewhat in an inconclusive draw.

Since then, though... both have grown in power. Especially post World War Hulk, have Gladiator and Hulk ever fought with a clear winner?

If so, can someone please indicate what comic, story line and issue this happened in?

Hulk fought Gladiator in The Incredible Hulk Annual (1997) ("Sins of the Father"). It starts out pretty evenly, with Gladiator taking the Hulk into space (where he nearly suffocates/freezes) and then uses his eyebeams (which Hulk acknowledges will kill him) but eventually Hulk beats him to a bloody pulp. 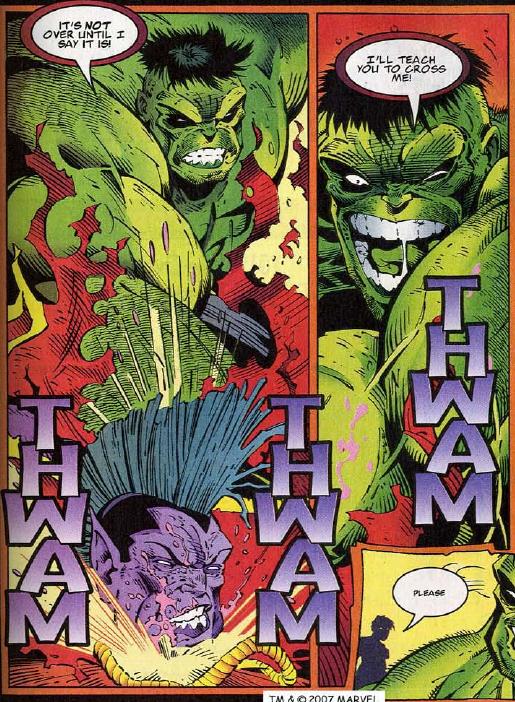 As far as I'm aware, the only real fight between the Hulk and Gladiator took place in Incredible Hulk Annual 1997, but I wouldn't necessarily call it definitive for two main reasons.

Firstly, the version of the Hulk featured in that issue wasn't a standard version. During the conclusion of the Onslaught storyline in the mid '90s, Bruce Banner and the Hulk were physically separated, and Banner was transported to an alternate, pocket universe created by Franklin Richards, along with various other characters, such as the Fantastic Four, the Avengers and Dr. Doom. 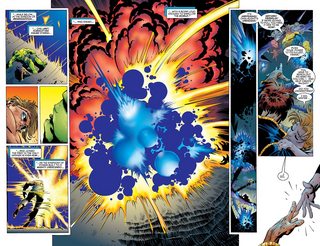 The Bannerless Hulk that was left behind had unusually low durability, making him more vulnerable to penetration wounds than most Hulks. 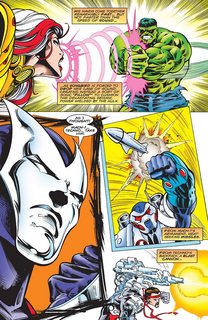 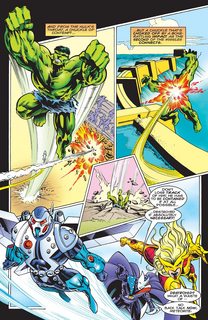 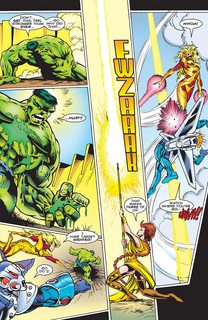 Conversely though, he was stronger than normal, since he was channelling energy from the same pocket universe Banner was trapped in. 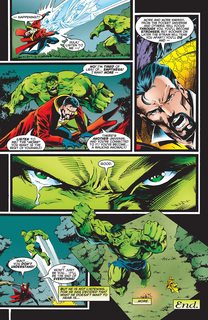 This situation came to an end when Banner and the Hulk were reunited in Heroes Reborn: The Return #4, but in the intervening period, the version of the Hulk operating within the Marvel 616 universe was decidedly non-standard. 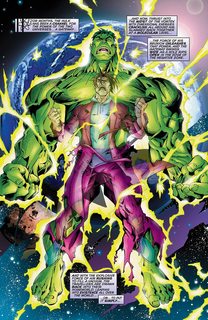 The second reason I don't consider that Hulk/Gladiator fight definitive is that the Hulk exploited Gladiator's vulnerability to a certain type of radiation by shoving him into a nuclear reactor. It was at this point that the fight became a one-sided beatdown. 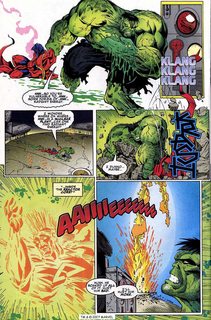 In addition, the fight was quite poorly written in general. For example, the Hulk managed to deduce that Gladiator was vulnerable to a certain type of radiation, based on the fact that he was hurt by having his heat-vision deflected back into his eyes, which is quite a logical leap. 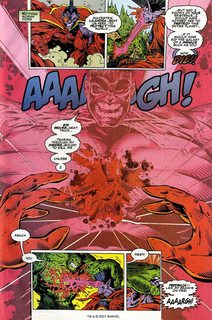 Moreover, Gladiator had previously flown through a red giant star in Marvel Comics Presents Vol 1 #49, and it was stated that he was "oblivious to the raging nuclear inferno". You'd think that a guy who could handle flying through a star shouldn't have much trouble with a nuclear reactor. 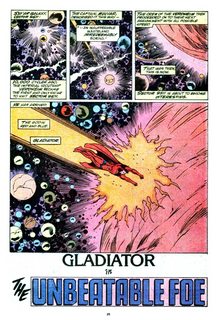 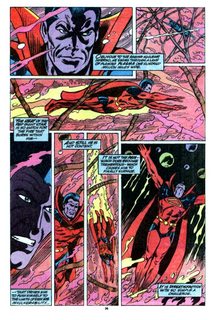 Gladiator also mentioned that he'd flown through stars in the same issue where his radiation weakness was first established -- Fantastic Four Vol 1 #250 -- which suggests the type of radiation he was vulnerable to was supposed to be very specific, and not something likely to be found within a random nuclear reactor. (NB: That's not actually Storm zapping Gladiator there, but a Skrull imposter using Skrull tech. Same goes for the other 'X-Men' present in that scene.) 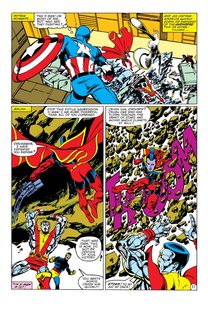 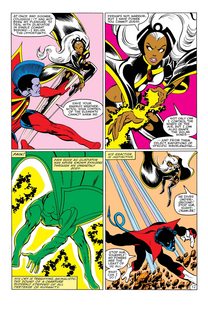 Finally, the fight began near the aforementioned nuclear reactor, but after they flew to the edge of the atmosphere and went through reentry on the way back down to Earth, the odds of them landing next to that same reactor -- which they did -- seem pretty astronomical. Even if they travelled up and down in a perfectly vertical line, the rotation of the Earth beneath them should've caused them to land miles from where they started. Suffice it to say, Lady Luck must've been smiling on the Hulk that day. 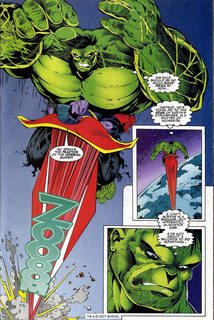 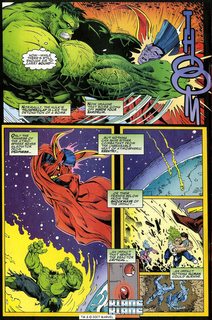 Actually Hulk and Gladiator have met in a comic years before that. During the third issue of Spider Man Drakes Cakes Mini Series vol 2 published in 1994.

Its set in the time period where Professor Hulk was the leader of the Pantheon. That wasn't a definitive fight either. I am also doubtful of its continuity since its a promotional series and its not even listed in Marvel wiki. I found out due to Comicvine issue lists. 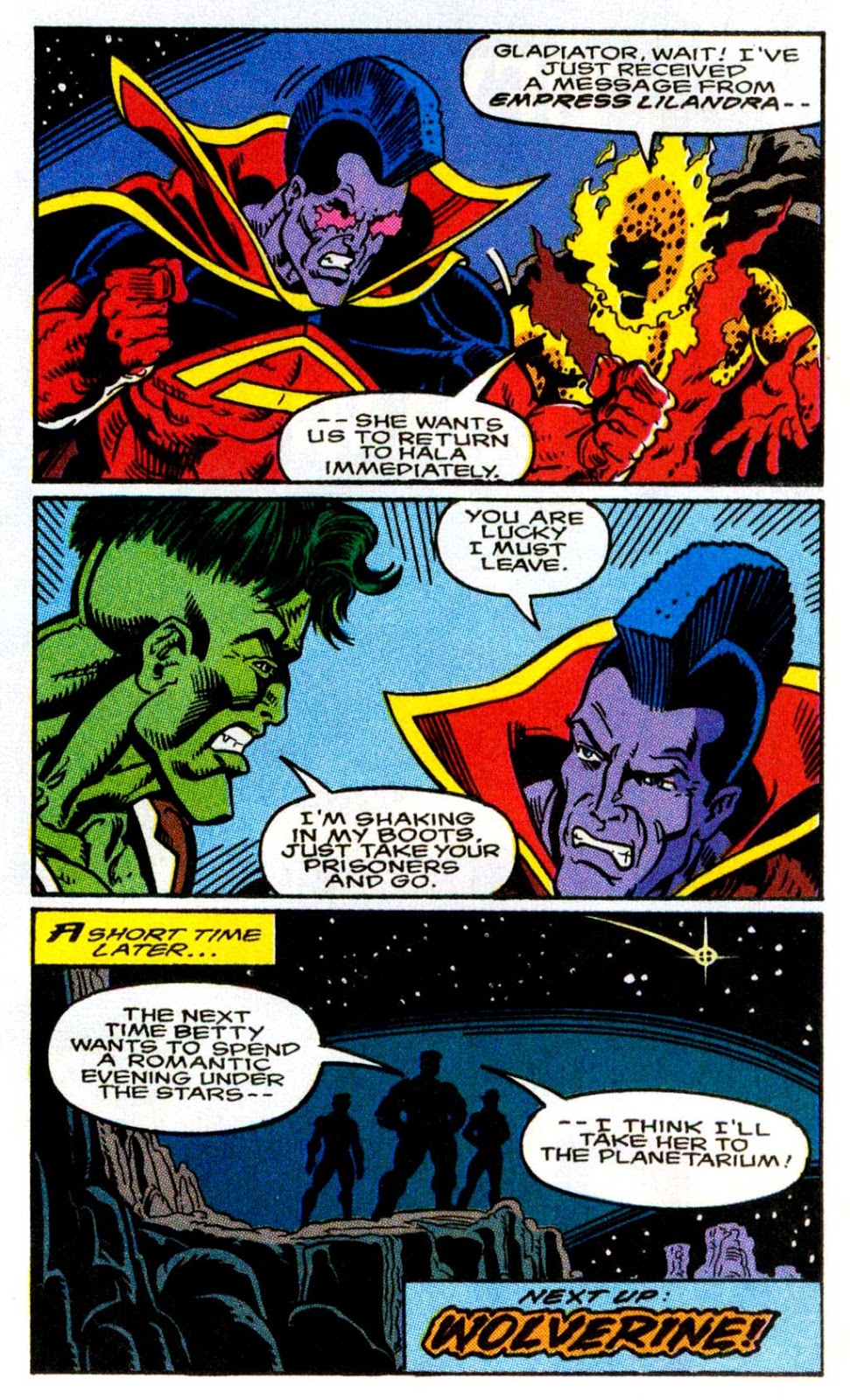 Unlikely to be canonical, Gladiator and Hulk exchanged fists in the 2007 mini-series Fantastic Four - The End. A Kree-Shi'ar alliance has the Imperial Guard and a Kree strike force making a move on Earth. An impromptu gathering of semi-retired superheroes stands in their way.

In this first panel melee, Gladiator is clocking Hulk over on the left. 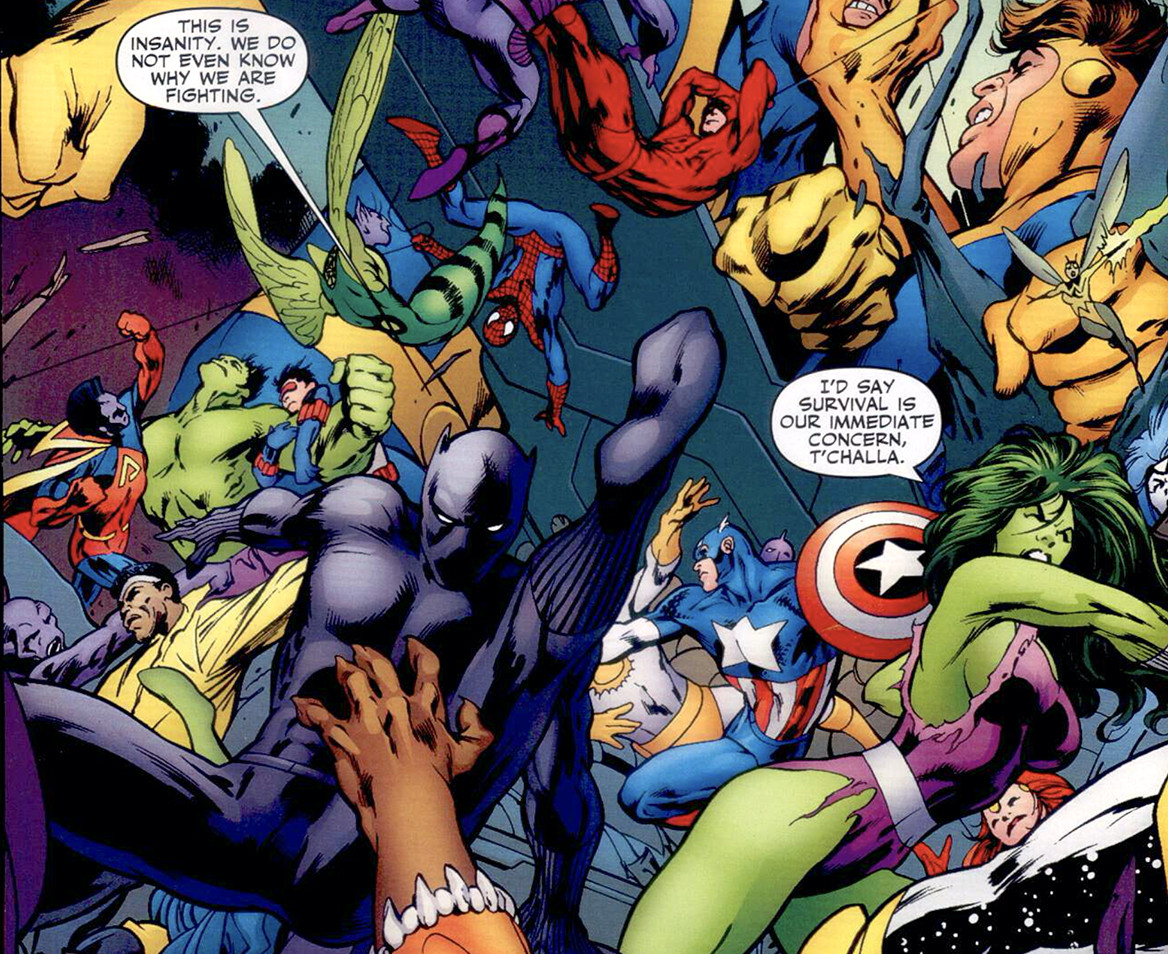 In the second panel, as the battle rages, a big green fist ruffles Gladiator's mohawk on the far right.

AND, that's all we get. It is the Fantastic Four's comic, after all. When Ronan's reinforcements are effectively blocked, the entire strike force beats a retreat off-panel.

Not the answer you're looking for? Browse other questions tagged marvel the-incredible-hulk gladiator or ask your own question.