Does the Empire possess classes of ship between fighters and Star Destroyer?

In real life, carriers and battleships are usually surrounded by destroyers, submarines, cruisers etc. In Star Wars movies, the rebels have a wide variety of ships of various sizes, while the Empire just has its gigantic Star Destroyers. In canon/Legends, did the Empire have classes of non-fighter/shuttle ships other than the Star Destroyers? 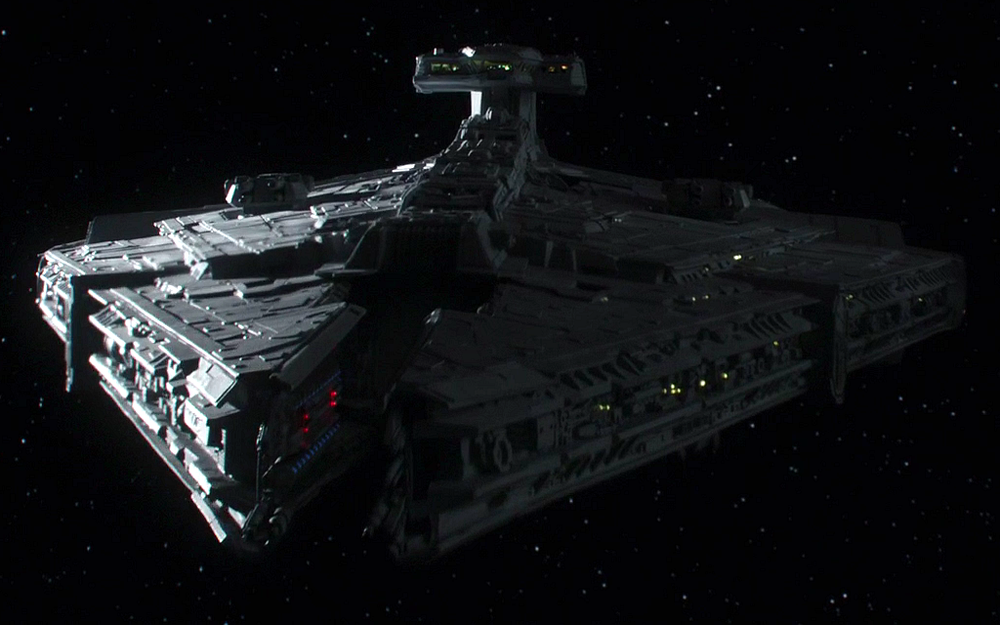 There are, though not much in the live action films. Most of these are seen in Star Wars: Rebels. Since it takes place well after the Empire has been established. 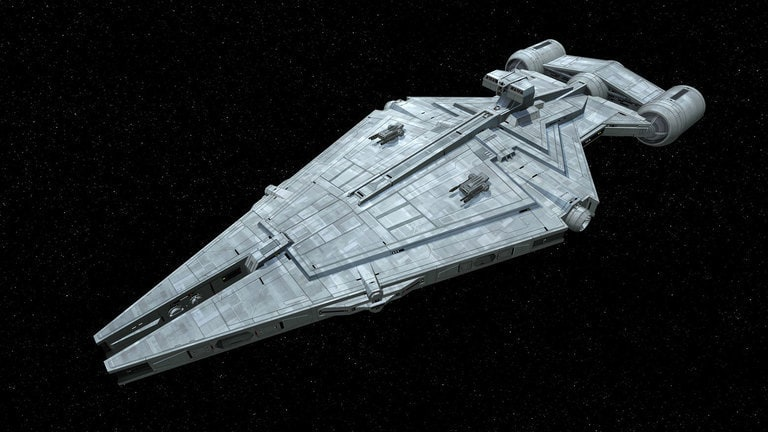 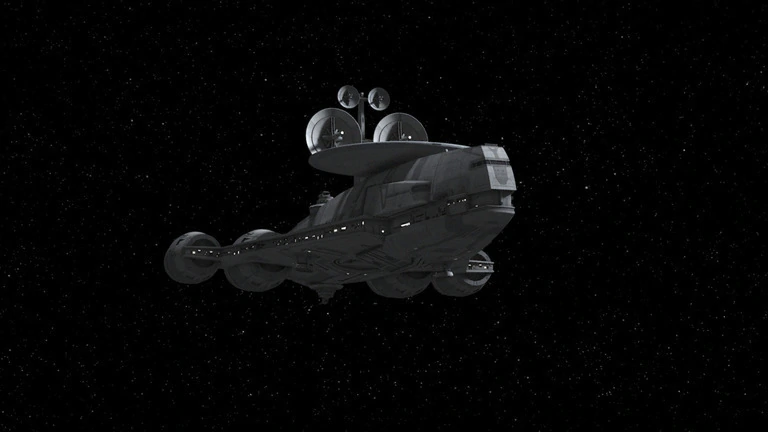 They do, though we don't see them in the movies. In the Expanded Universe (books, comics, video games, etc.), they have shuttles for carrying troops, patrol craft that are smaller and more maneuverable than Star Destroyers, and several types of carriers, frigates, and Dreadnaughts.

There are also several kinds of Star Destroyer, including smaller classes that originally came from the Clone Wars (prequel) era, and a few specialized types, like Interdictor cruisers, which project gravity well beams. These beams can prevent enemy ships from going into hyperspace.

The "Lambda-class shuttle" is seen in Return of the Jedi. 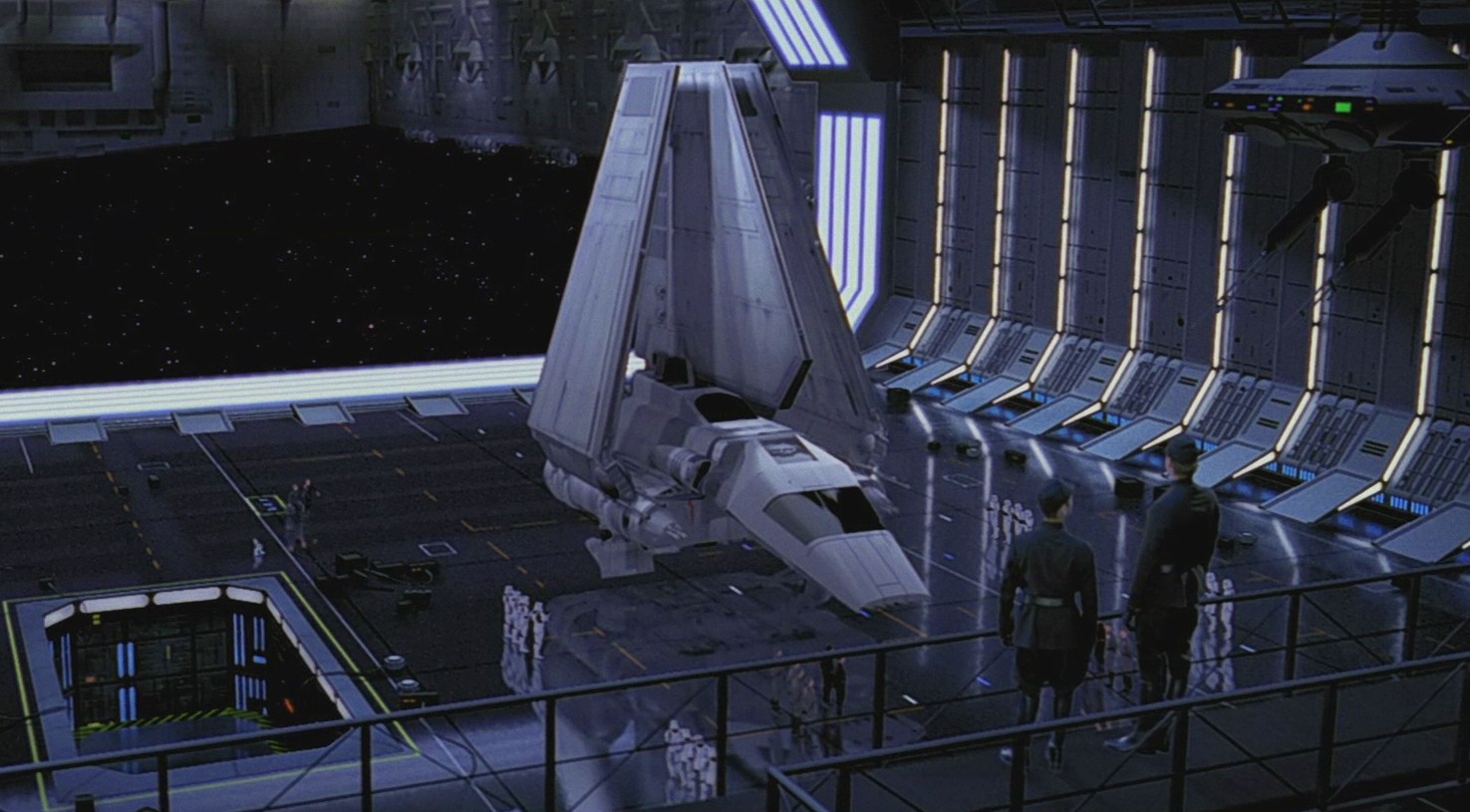 Both the Empire and Darth Vader use the Lambda shuttles to travel between Imperial capital ships and the Death Star.

A clip from the film follows

In the Pre-disney expanded universe the Imperial Navy exploited a variety of ships. HOwever the empire Favored Star Destroyers for their intimidation. But the immense cost and logistcal burden forced them to adopt cheaper ships in outer rim worlds...

They had many other kinds of ships including Interdictor Cruisers, Arquitens-class Light Cruisers, Dreadnought-class Heavy Cruisers, and Gozanti-class Cruisers.

37
What Star Wars Legends (EU) content has successfully become a part of Disney canon?
12
In what year did the first Imperial-class Star Destroyers enter service?
1
What troops are Star Destroyers capable of deploying to a ground assault?
165
Why are ships in Star Wars so ridiculously easy to steal?
8
Where do X-Wing fighters—and similar small scale Rebel craft—dock to refuel and tune up when in space?
28
Why did Admiral Piett allow the Shuttle Tydirium to pass?
89
If the Galactic Empire had over 25,000 Star Destroyers, why were only 27 at the Battle of Endor?
4
Was Imperial Navy based on Imperial Japanese Navy?
4
Who are these "barbarian invaders from outside the galaxy"?
46
What's the big deal about "Corellian" star ships?