It was a series of books about an alien race. They were very adept at martial arts, training their kids at an early age, and they would hire their services out to people they deemed worthy.

The main character and his best friend, a girl, discover something about a prospective client and wind up getting into a hand to hand fight with him. They were both young kids. The race decides to not work for this guy or his people. Later, the main character is off planet and as he's returning home, his planet is ravaged by radiation. He almost dies.

He is saved by either one or two other aliens, when they replace his skeleton with organic, living metal. He's basically turned into Wolverine without the regeneration or heightened senses. Unfortunately, that's all I can remember about the books, and I was only able to read the first 2 in the series.

This is The Last Legionary series, where the book people seem to remember was Deathwing over Veynaa. Some of what you described comes from Galactic Warlord:

The Overseers also explain that, since the radiation sickness had settled into his bones, they were forced to replace his entire skeleton—using an unbreakable alloy—effectively rendering Keill's bones unbreakable. They also reveal how they captured Keill so easily—a telepathic avian life form from another galaxy known only as 'Glr'.

This was the previously asked and answered here. 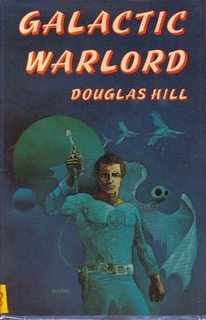 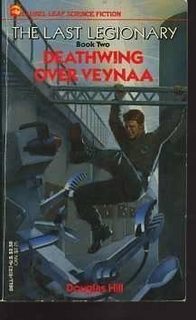 7
series of young adult science fiction books from early 1980s about last of a race of martial experts that sees the destruction of his home planet
11
Young Adult science fiction book, early 80's
4
80's Young Adult Science Fiction Book With Cassette
5
searching for fantasy series: assassin (?), ship, fated lovers, sound of drums, and shapeshifter (?)
5
What is the name of this young adult scifi book (I think from the 90s/early 00s?) Alien computer game
9
Identifying a “finding Earth” series of SciFi novels
7
Young adult science fiction early 80s
5
Book about teleportation, female main character, can't teleport off Earth
5
Manga about a guy and a female alien fighting other aliens that are based on types of gems