Movie or TV show with super heroes, dinosaurs and portals

I have seen a preview to a movie or TV series on Netflix. The preview showed some super heroes (I believe) and they were walking around a city with large buildings. There were dinosaurs in the background and I believe they were just coming from or going to a portal. I have tried looking, but I just can't find out what it was. It is a newer show, not something old.

This sounds like a preview for the Season 3 premiere episode of DC’s Legends of Tomorrow. The episode is called "Aruba-con", and deals with the fall out from some timey-wimey mess made by the heroes, including dinosaurs wandering around modern-day USA and them subsequently being herded back through some portals: 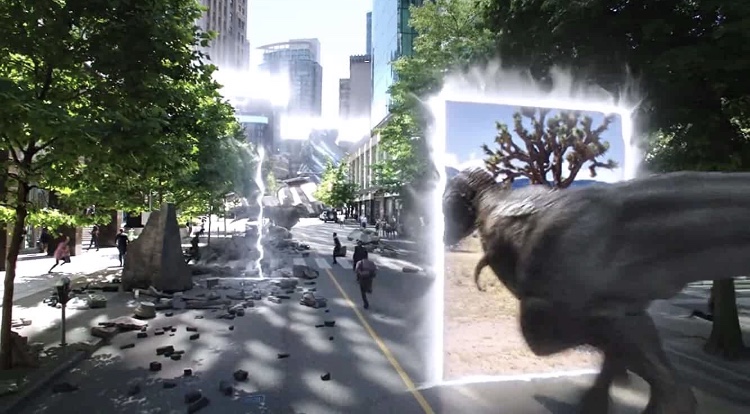 According to @FuzzyBoots, this episode is indeed available on Netflix and is featured in the series preview on said platform.

Not the answer you're looking for? Browse other questions tagged story-identification super-hero dinosaurs or ask your own question.

23
Show with a swarm of self-replicating robot spiders attempting to take over a starship
3
In the Ex-Heroes universe, has the source of powers been explained?
7
Comic book set in futuristic setting with reptilian humanoids
4
Book like Time Safari with invisible and sentient dinosaurs
4
Movie with humans battling aliens piloting giant animalistic, water-walking robots or sea warships
5
Space Anime with super large spaceship, lonely cube AI and young girl crowned as its queen!