Ask Question
Asked 7 months ago
Active 7 months ago
Viewed 152 times
2
This question already has an answer here:
Cartoon about a group of teenagers whose souls travel to multiple worlds with monsters (1 answer)
Closed 7 months ago.

The show I'm looking for is highly unknown to the vast public. Despite all my attempts to find it (and I have for a long time), I have yet to find any clue that could lead me to it. The only memories I have of it are very vague, all I know it that it had a very unusual style of animation.

If memory serves me, it took place in a high school type setting. Everything about the show was animated (so no real life actors, etc.) Another thing I seem to remember is that the protagonists used some sort of digital tablets, and they would, using them, transfer into other worlds/galaxies to fight/capture monsters.

I used to watch this show somewhere back in the year 2006-2009 (I don't even remeber exactly). Also, it was broadcasted on French television (where I watched it). I could be an american show for all I know. Most likely this show was a huge flop and cancelled, hence why I have to this day failed to find anything relating to it.

I suspect this is Chaotic as per Cartoon about a group of teenagers whose souls travel to multiple worlds with monsters.

The second part is Perim. In Perim the creatures, locations and items from the game are real. Players from the Chaotic game can teleport into Perim and scan the locations, creatures and items with their scanners, gaining the ability to use them in their game. There are four tribes in Perim. Two tribes, the Overworld and the Underworld, have been at war over a great power called the Cothica. Despite their names, there is no definite Good and evil tribe, as both have different stories and interpretations of how the war began, with each tribe seeing the other as being evil. The Danians and Mipedians have since joined the war, turning it into a four-way conflict over the Cothica. It is said that the Mipedians were once united with the Overworlders and the Danians united with the Underworlders. It is still unknown why they separated

When the players are in Chaotic/Perim they exist simultaneously on Earth. When a Chaotic player leaves Chaotic they become one person again and the Earth version of the player gains the memories of anything they experienced in the Chaotic/Perim world. This is awkward the first time they transport, as their online deck is blocked so that their Chaotic self can use it and their scanner becomes non functional, causing many people to believe they have broken their scanners until they are re-united with their Chaotic self.

It has the high school scenario. It has the digital game scanners. It has another world where people transform into (admittedly, not the same as capturing) monsters. :) And it comes up pretty often on this site.

This brings to mind Code Lyoko.

It was a French animation with a mix of both drawn and CGI animation.

The protagonists would travel from the real world to a virtual world and fight monsters (not capture them).

No tablets in the real world, but plenty of computer screens to transfer real people to the virtual world. 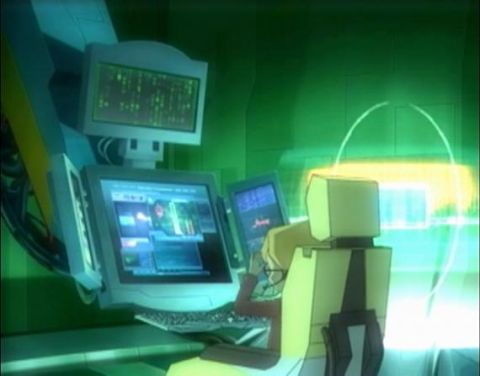 Also, there were floaty screens in the virtual world.

It was only one virtual world, but with several sectors.

It ran originally from 2003 to 2007, so including repeats, could fit in the timeframe.

The characters all had quite pointy features, that might count as "unusual". 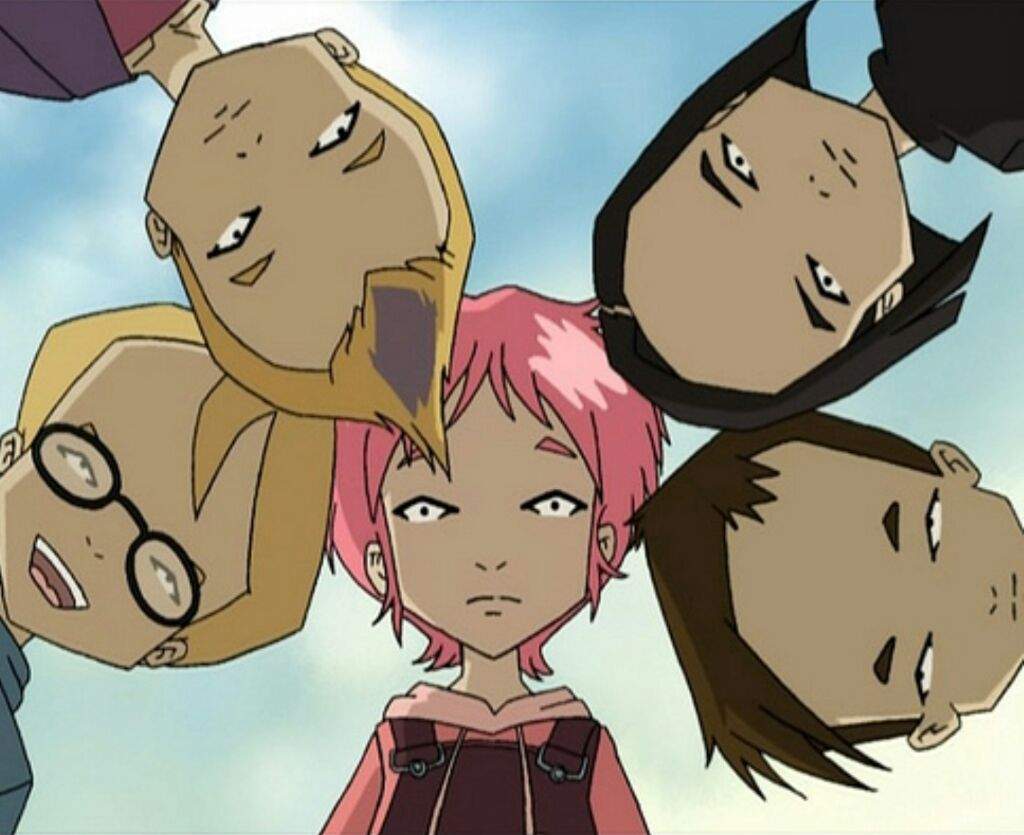