Was Philip K. Dick ever involved in design?

Wired.com's 20 Years Ago, Steve Jobs Built the ‘Coolest Computer Ever.’ It Bombed references:

“We have made the coolest computer ever,” he told me. “I guess I’ll just show it to you.”

He yanked off the fabric, exposing an 8-inch stump of transparent plastic with a block of electronics suspended inside. It looked less like a computer than a toaster born from an immaculate conception between Philip K. Dick and Ludwig Mies van der Rohe. (But the fingerprints were, of course, Jony Ive’s.) Alongside it were two speakers encased in Christmas-ornament-sized, glasslike spheres.

“The Cube,” Jobs said, in a stage whisper, hardly containing his excitement.)

Mies strove toward an architecture with a minimal framework of structural order balanced against the implied freedom of unobstructed free-flowing open space. He called his buildings "skin and bones" architecture. He sought an objective approach that would guide the creative process of architectural design, but was always concerned with expressing the spirit of the modern era. He is often associated with his fondness for the aphorisms, "less is more" and "God is in the details".

and that certainly makes sense in the context of Apple's approach.

But I don't get the reference to the writer Philip K. Dick at all. What might that author’s contribution to the design of a toaster look like? Was he ever involved in set design or cover design for his books or real-world design, or is it more likely that Wired just threw in a popular SciFi author's name to match the stature of the "less is more" architect?

It's speaking to the general aesthetic of the two.

So basically, the article is trying to point out that The Cube looks like it's something that could have been inspired by PKD (and Ludwig), a toaster perhaps.

You hear similar comparisons often; "it looks the the brainchild of x and y" or "it looks like x and y had a baby".

In your own excerpt from Ludwig's Wikipedia it mentions his style is:

Which is a very similar style to the Brutalist Architecture envisaged in PKD's works (which was actually stylised by late artist Syd Mead), and in turn to The Cube. 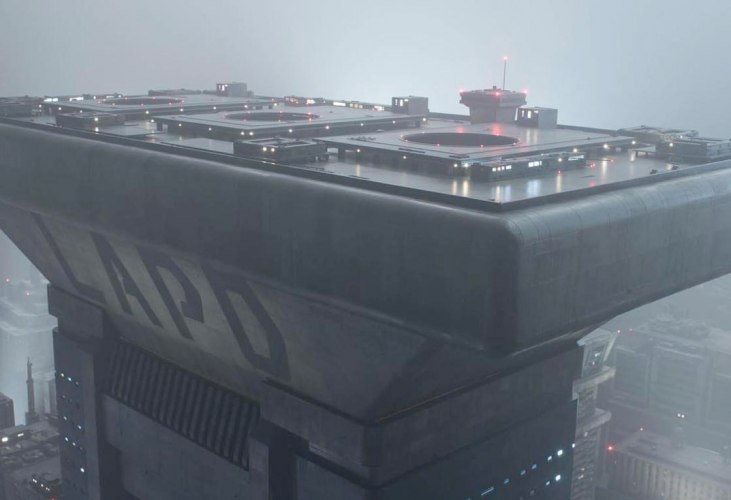 Now check out The Cube in comparison to the Syd Mead Cube (created in honour of Syd Mead by Kenneth R. Johnson): 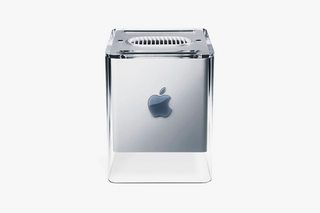 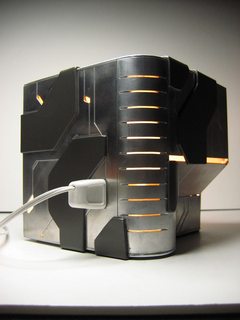 They are of similar aesthetics in my opinion.

It's most likely as you thought, a pop-culture reference; but to be fair to the commentator, he did at least know and understand the style of both PKD's worlds and Ludwig's and was able to compare it to The Cube. Wired's Steven Levy could have said it was a brainchild of Ludwig and Syd Mear, but that would have gone over most people's heads (but obviously not mine, my head is too big for things to go over).

Not the answer you're looking for? Browse other questions tagged philip-k-dick or ask your own question.