The book was likely aimed at middle-schoolers, and I read the first half of it in the early 90's.

The boy was a successful thief, and I think he came from an abusive home. An old wizard/magician found the boy and convinced him to follow the magician on a quest. I think the magician sought the boy out because the boy had potential to save the world. The magician started to train the boy in the art of magic, and promised him that he would be a great magician some day. The boy got captured and... that's about where I stopped reading.

I think this book was the start of a series.

This might be The Magician's Apprentice (1987) by Tom McGowen. It's a YA novel advertised by Scholastic for years 6-8. It is the first book of a three book series.

It starts with a young cut-purse noticing a wizard leave his house but not properly lock the door. The would-be thief sneaks in but the wizard returns far too soon and he is trapped.

The wizard reveals he knows the thief is there and binds him with magic (he creates a little doll to control him) to do service to make up for trying to steal.

After some weeks of service the thief begins to learn a bit about magic, and when the wizard gives him the chance to free himself and leave, the thief instead decides to stay and become an apprentice.

Shortly after, the wizard is hired to join a caravan and their adventure begins...

Most of the mentioned plot points are mentioned in the first few pages. 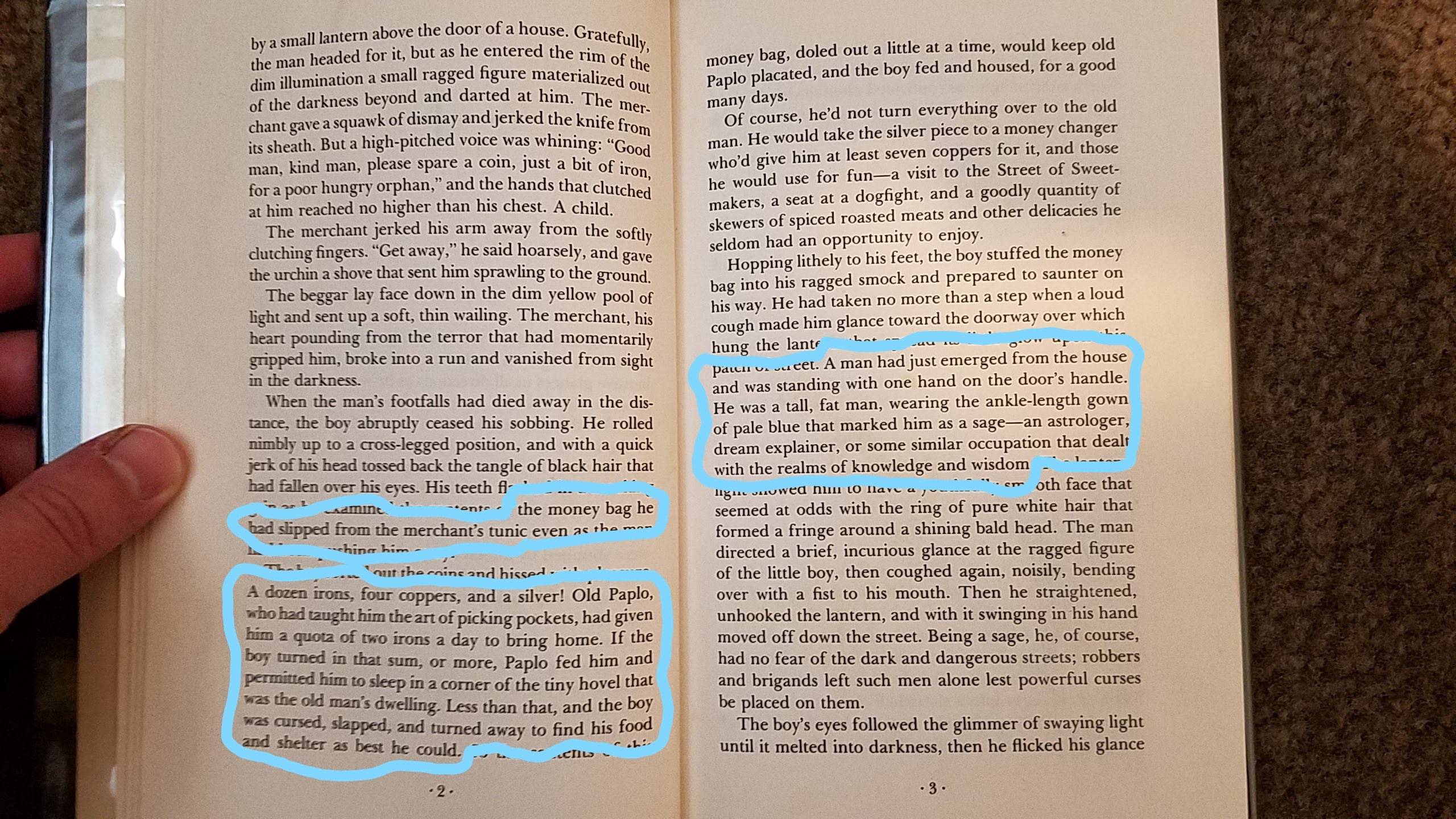