What is the accurate inscription on the Anduril/Narsil pommel from the films?

I am using the Tengwar Annatar font to write out the inscription that appears on the pommel of the movie replica sword, but one character is tripping me up.

According to elvish.org, the homepage of the "Elvish Linguistic Society", the inscription written out looks like this:

This mostly matches what's on the sword except the character that looks like a '3'. The sword shows this character like 'Ɛ'.

Using the font, I can find a character that looks like 'Ɛ' but it sits higher up which does not work with the accent that should be above it. I have to manually move it down to make it look right. Is this the right thing to do, is there another character, or is the sword incorrect?

There seems to be two things happening here, you seem to be attempting a transcription with an online font (never going to be perfect) and seem to have a lack of information regarding the Tengwar we know and see in Appendix E.

According to the tables below, and Appendix E, both characters mean the same thing. The one used in the film (31 in the chart below) is described by Tolkien as:

29 represented s, and 31 (with doubled curl) z in those languages that required it.
The Return of the King, Appendix E, II Writing: (i) The Fëanorian Letters, The Tengwar, Note, The additional letters

This suggests that the character used in the film is the correct symbol to have been used. Now the question is why did the Elvish Linguistic Society choose to use another. This character (32) is also described by Tolkien:

The inverted forms, 30 and 32, though available for use as separate signs, were mostly used as mere variants of 29 and 31, according to the convenience of writing, e.g. they were much used when accompanied by superimposed tehtar
ibid.

The ELS would've chosen to use the latter character (32) due to it being the most technically correct, as it had superimposed on in the tehtar (vowel) for 'e'. Both are however correct.

While the original name of character 31 was 'áre' and used for the 'z' sound, in later Quenya it merged with the 'r' and 'áre' became known as 'esse' and became the 'ss' sound:

áre was originally áze, but when this z became merged with 21, the sign was in Quenya used for the very frequent ss of that language, and the name esse was given to it.
ibid. 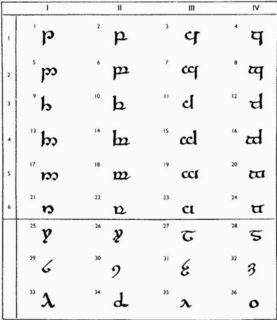 Now onto your transcription. The issue you've been met with is trying to encode the Tengwar onto a font to type with the English keyboard. From what I can see in Tengwar Annatar, the closest is that which is mapped to the k, which you appear to be using. The character mapped to û appears to be the right shape but seems to be inverted. Why this is is unclear to me.

To summarise, the character you're using is fine to use and is most likely the 'correct' symbol for what you want to use it for. You mention having lowered the character slightly, while this has brought the tehtar in line with the others to be truly accurate you would need to lower the main symbol to the same height as the others (as can be seen in the ELS's transcription). Otherwise I propose some alternatives that may work:

Tengwar Parmaite appears to have a more appropriate character for the one you're looking for. I am however unable to confirm how it reacts with a tehtar superimposed (which appears to be what caused your initial problem).

Tengwar Formal might be another option to use but I don't know how well that site still functions or if superimposition of a tehtar on the character you want will cause it to lift.