Space Opera book with a female lead character that has immense mind powers. Written around 2017 -2019

The female lead character has her own ship but it's broken. She is rescued by another ship whose captain has two heads(maybe conjoined twins). She actually is being chased by some empire because she escaped from them earlier. They trained her to be a weapon of destruction using her telekinetic powers and she has been using against them. Her only friend is her pet that she carries in her cape and she has named it Seven, which we don't learn why till the end. I thought the name of book was Seven but I can't find it. 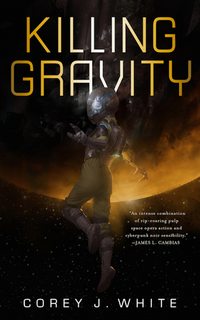 Mariam Xi can kill you with her mind. She escaped the MEPHISTO lab where she was raised as a psychic supersoldier, which left her with terrifying capabilities, a fierce sense of independence, a deficit of trust and an experimental pet named Seven. She’s spent her life on the run, but the boogeymen from her past are catching up with her. An encounter with a bounty hunter has left her hanging helpless in a dying spaceship, dependent on the mercy of strangers.

Penned in on all sides, Mariam chases rumors to find the one who sold her out. To discover the truth and defeat her pursuers, she’ll have to stare into the abyss and find the secrets of her past, her future, and her terrifying potential.

Found with a search for novel woman pet "named seven"

10
Book where a boy and girl are transported into a fantasy video game
3
Identify an animated childrens TV show from the 1980s about a girl sent to another planet
11
Space opera book with telepathic female main character
11
Book with a female main character living in a convent who has to fight gods
9
Space opera book, early eighties, female can mind transfer
5
Woman transported to a medieval world, recruited by a prince to help his friends
12
Book with a female lead on a ship made of microorganisms
4
Male lead is last human surviving, who gets killed and reincarnated back to when he's a child
6
Space Opera Book Series with the main premise of a black hole thing that inhabits another world, allowing telekinetic powers