Pre-Crisis, late 70s. (Or maybe early 70s since, in Brazil, translated comics from the USA tended to be released with a big delay.) The main antagonist of the story was Sinestro. He was more powerful than usual because he was using a extradimensional power source: the augmented brain of a villain who was, previously, housed in a gorilla body. Not Grodd of Ultra-Humanite, he went by the name of 'Gorilla' (Surname). I don't remember the surname. It was a reasonably common English surname.

Thing is, I was taken aback by the wanton way Superman fries the aforementioned brain when he manages to find that hidden dimension. Even the mental screams of the dying guy are depicted. It gets worse: at the very end, we see Batman in the Batcave, with a small container labeled "Brain of 'Gorilla' (Surname)." (Apparently, the previous appearance of that character was as a Batman antagonist.) And all of that is deemed a-OK by the story writer.

This was with 99.99% certainty a team-up title. The Brave and the Bold? World's Finest? I don't actually remember who Superman was teaming up with. It may have been Batman himself. I'm almost certain Green Lantern didn't appear.

The Gorilla Boss of Gotham City fought Batman twice. Later, the alien villain Sinestro stole the Boss' cerebellum, expanded it to planet-size, and used it as a power source. This unnatural abomination was destroyed by Superman. 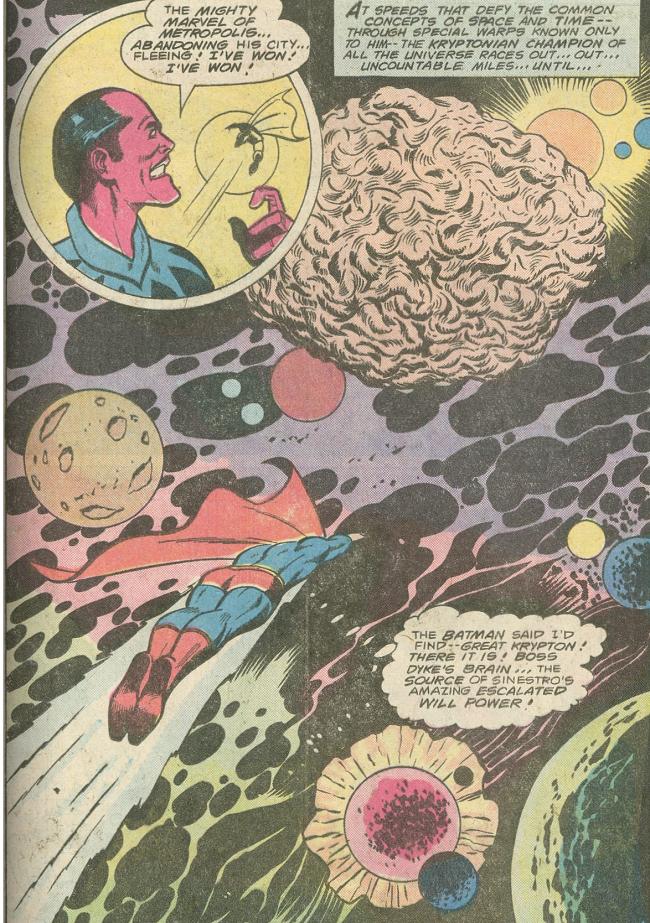 You'll be pleased to hear that Superman didn't destroy his brain, he used his X-Ray vision to shrink it. 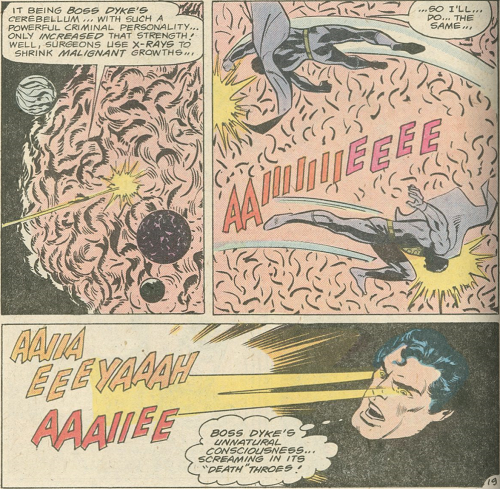 Batman stores it on a shelf in his Batcave. 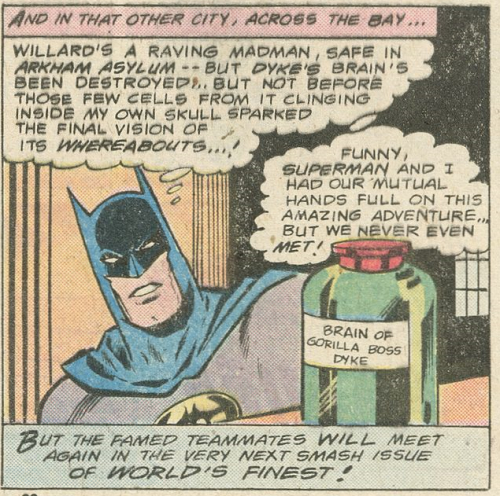 And while Batman seems to be under the impression that Dyke's brain is "destroyed", he makes a return a few decades later, having somehow escaped Batman's cave.