I remember as a kid watching something on TV that looked like it was filmed in the late ‘60s or ‘70s. I can’t remember if it was a series or a movie (although I think it may have been a movie) and can only remember a particular scene.

There was a chase in tiny electric buggies. The protagonist was chased to an open, urban space. The pursuer then started shooting at the protagonist, but the protagonist seemed to be able to jump time somehow so that the person shooting always missed. They eventually shot away from the protagonist and ended up wounding him in the protagonist’s timeline, and he slumped back (in his buggy I think) with a bullet wound in his chest.

I appreciate it’s not a lot of to go on, but it’s just one of those random things that’s stuck in my head since childhood and annoyed me periodically since!

This is "Timelash", an episode of the TV series UFO.

The UFO is waiting for time to unfreeze in order to attack SHADO HQ. Straker arms himself with a shoulder-fired missile to destroy it. However, Turner ambushes the pair, knocking Lake unconscious and stealing a key required to operate the missile. Straker hunts down Turner, chasing him in mini-cars through the studio lot. Turner tells Straker he cannot shoot him, for he is never where Straker sees him to be. To counter this, Straker shoots in a wide arc, hoping that at least one bullet will find its mark.

Here's a screen capture showing the buggies. At another point they ride in even smaller red buggies that look like tiny race cars. 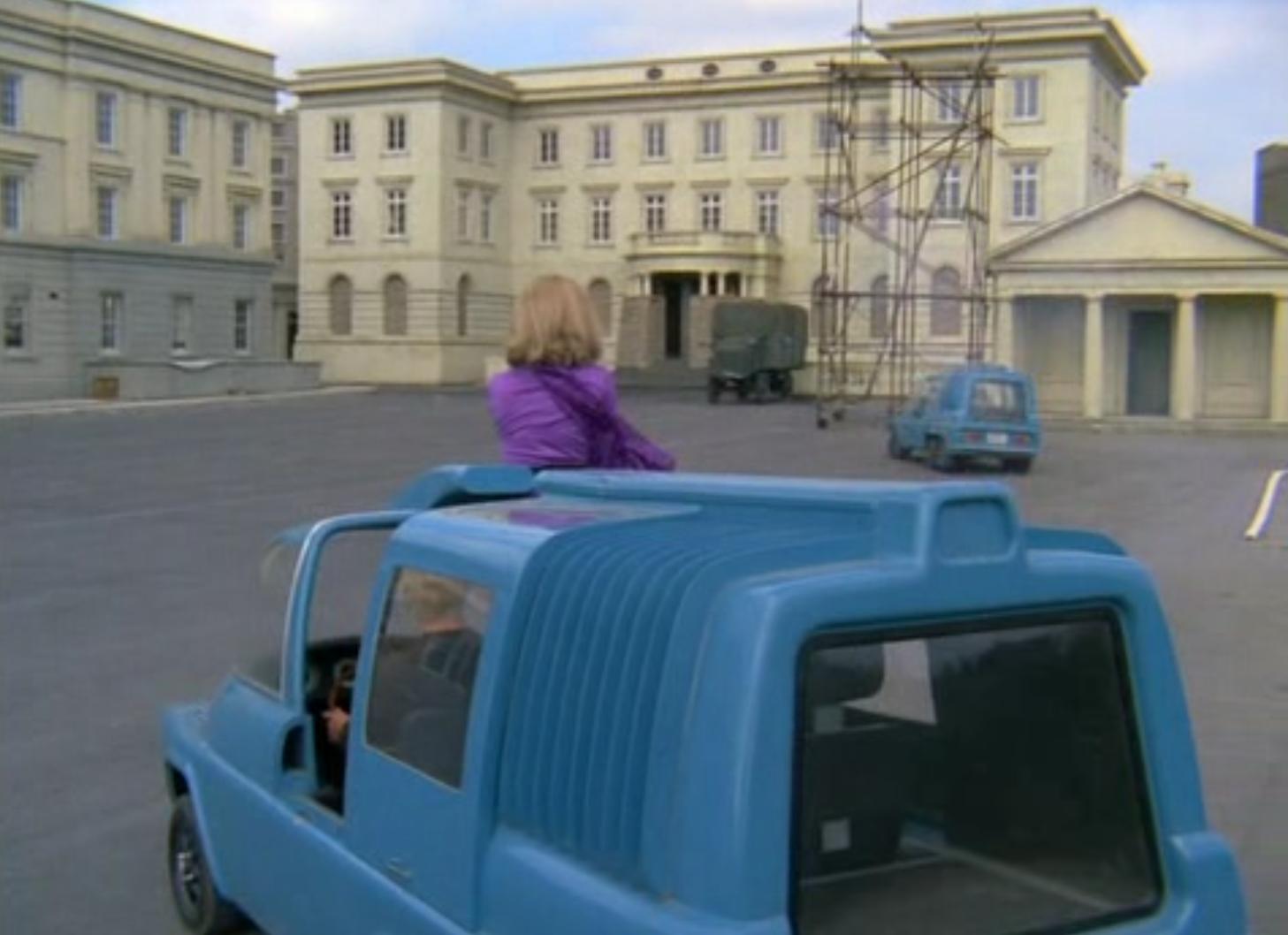 The episode is available on youtube in some areas.