Did we ever see Professor Charles Xavier control animals?

controlling, or at least nudging horses to some extent.

Did he ever control any animal other than humans in any other movies? Did he ever get into the head of an animal in any comics or cartoons?

He is one of the few telepaths skilled enough to communicate with animals and even share their perceptions.

Backing this up with one specific occurrence in X-Men Legacy #211 where Charles uses his ability control a band of pigeons to attack a sniper who was trying to kill him. 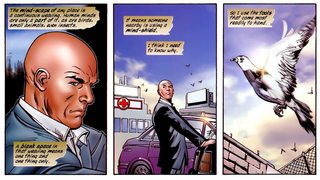 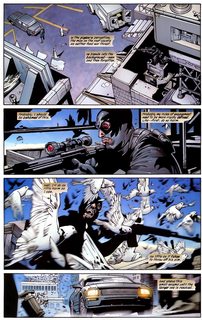 Thanks to @Valorum's comment, another occurrence of Xavier "talking" is seen in X-Men Legacy #218 where he uses a parrot for recon. 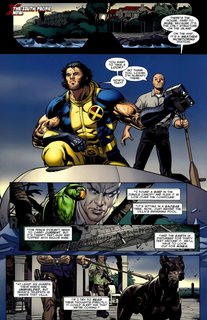 There is a deleted scene from X-Men: First Class that suggests that, at least in the X-Men Cinematic Universe, Charles Xavier cannot telepathically control animals.

In the scene Charles uses his powers to make it seem that the truck that he, Eric and a number of US soldiers are hiding in, is empty. In the scene he is able to convince the soviet soldiers who are checking the content of the truck that there is no one inside, but he is unable to control their dog who keeps barking at them.

Charles: "Doesn't work on animals. Too stupid I think."

As this is only a deleted scene, it can of course not be treated as canon for the X-Men Cinematic Universe.

20
Can Magneto control Colossus?
3
Havoc and Cyclops current fox franchise of X-Men
18
What is required to wield an infinity gem?
12
Does Rogue ever take advantage of the removable power suppression we see?
26
How can Charles Xavier be alive in the movie Logan?
9
Is Charles Xavier the only one whose powers were not permanently affected?
7
What species do mutants belong to? Are they still Homo Sapiens?
9
In the comics is Blade known to have a particular accent?