I'm searching for the title of a book I read in the mid 2000s. Based on pop culture references in the book, it was set in Canada during the 80's and/or written by a Canadian author (possibly written in the 80's as well). I had taken it out of my elementary school library (again, in Canada). I seem to recall that the cover was deep purple with a fancy house on top of a hill and there was lightning surrounding it.

Some facts I still remember (not necessarily in order of plot):

A Goodreads user found it. It turns out I had been mixing up two entirely different books. The cover and details about the stepmother and stepbrother are from Mystery House by Jean Booker; everything relating to witchcraft is from a different book that I still haven't found. 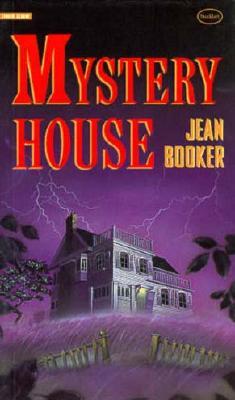 Ever since the weird old woman was found dead in the baggot house last Halloween, there have been stories that the place is haunted. But what kind of ghost uses binoculars and antique cars?

Chris and friends start investigating the strange goings on and soon find themselves up against a great danger. The secret the house conceals ultimately threatens the safety of Chris and her family -- and it's anything but ghostly.

15
I'm looking for a sci fi book with a tribal woman, hermaphrodites, and implanting minds into new bodies
19
Looking for a short story that explains that Cinderella's stepmother was only trying to protect her
9
Book where a girl is left with grandmother and discovers she's a clone
21
Old sci fi story about a mom who sacrifices herself so a child won't die alone in a toxic rainstorm
27
Book about a physicist who discovers how to create universes with different laws of physics
6
Short horror story set in a pawn shop, mirror with dark history/ties to dark magic is involved