Was the Batman statue in “Shazam!” a real piece of merch, or just a movie prop?

In the movie Shazam!, there is a scene where, during Billy's first fight with Sivana, he winds up in a toy store and throws a plastic statue of Batman (which exclaims a recording stating "I'm Batman") at Sivana.

You can see it at 3:18 in this clip of the movie on YouTube.

Is this statue a real piece of DC merchandise, or was it just a movie prop that was made specifically for this scene in the movie? Some of the other items on the shelves in that scene seem to be DC merchandise in boxes labelled with the DC logo, so it seems possible that they're real, but I'm not sure and I can't find anything with a quick Google search. 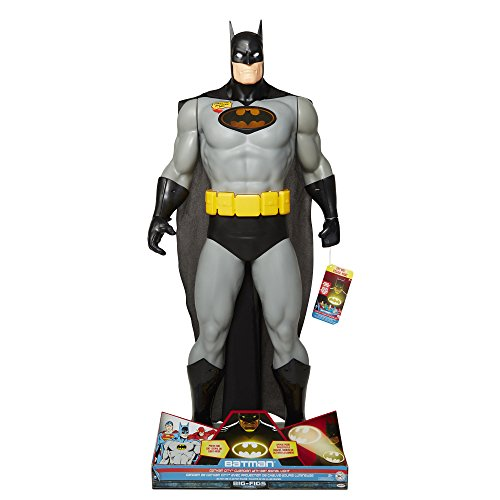 It's real, though I can't locate the exact reference (yet).

The movie's director talked about the toy store scene for CinemaBlend, explaining that they couldn't use action figure of non-DCEU characters. Notably,

No, they're all sort of real DC toys that are in there. I mean, some were like, 'Hey, you can't have that character, because that character's not in the universe yet. You have to stick to these characters.'

Not the answer you're looking for? Browse other questions tagged dc dc-extended-universe props shazam-2019 or ask your own question.

58
Where was the first appearance of the idea that Batman is the real personality and Bruce is the mask?
13
In Batman Beyond; why didn't Bruce tell Terry the real reason why he quit being Batman?
4
How was the robot controller prop made in The Runaway Bride?
23
Was the original Death Star prop actually blown up for the movie?
5
Why didn't Batman just kill Joker when he had the chance?
7
What and with what was Luthor doing in the ship at the end of the movie?
8
In Batman vs Superman why didn't Superman just have Wonder Woman stab Doomsday with the kryptonite?
3
Was the 90's Flash TV Show set in the same universe as Tim Burton's Batman?
9
Is the Black Bat, a Pakistani Batman, a real character?