Criminal manages to cross state border before Superman gets to him, but is caught in a twist

This one, I didn't read. I got it narrated to me by a friend, who found the ending twist rather amusing. Maybe it isn't even a comic. Fleischer cartoon? George Reeves TV series? Well, anyway. The criminal gets Superman distracted somehow while he flees, and Superman eventually finds him just as he crossed the state border, so he can't be arrested anymore. The criminal gloats, and since he's a skilled gunslinger type, he throws a coin into the air and shoots a hole into it. Superman then flies past the border and grabs the criminal.

– Hey, you can't arrest me! I'm past the border!
– Destroying money is a federal crime. You're under arrest.

It was told to me circa 1990, but it could have been as far back as the 1940s. Of course, since it is a retelling, the dialogue was probably not exactly that.

SHERIFF: Consarn it! Since Finch has not committed a federal offense, I can't legally go after him! All I can do now is notify the proper authorities, but by that time he'll be gone! [...]

SUPERMAN (tosses coin): Finch! Look at this coin! See how it glitters! Keep your eyes on it!

FINCH (shoots coin): I'm wise to you! You're tryin to hypnotize me into giving myself up! There - now that coin won't stop me!

SUPERMAN (grabs villain): Wrong, Finch! The coin did get you after all! It's a federal offense to mutilate any U.S. coin! 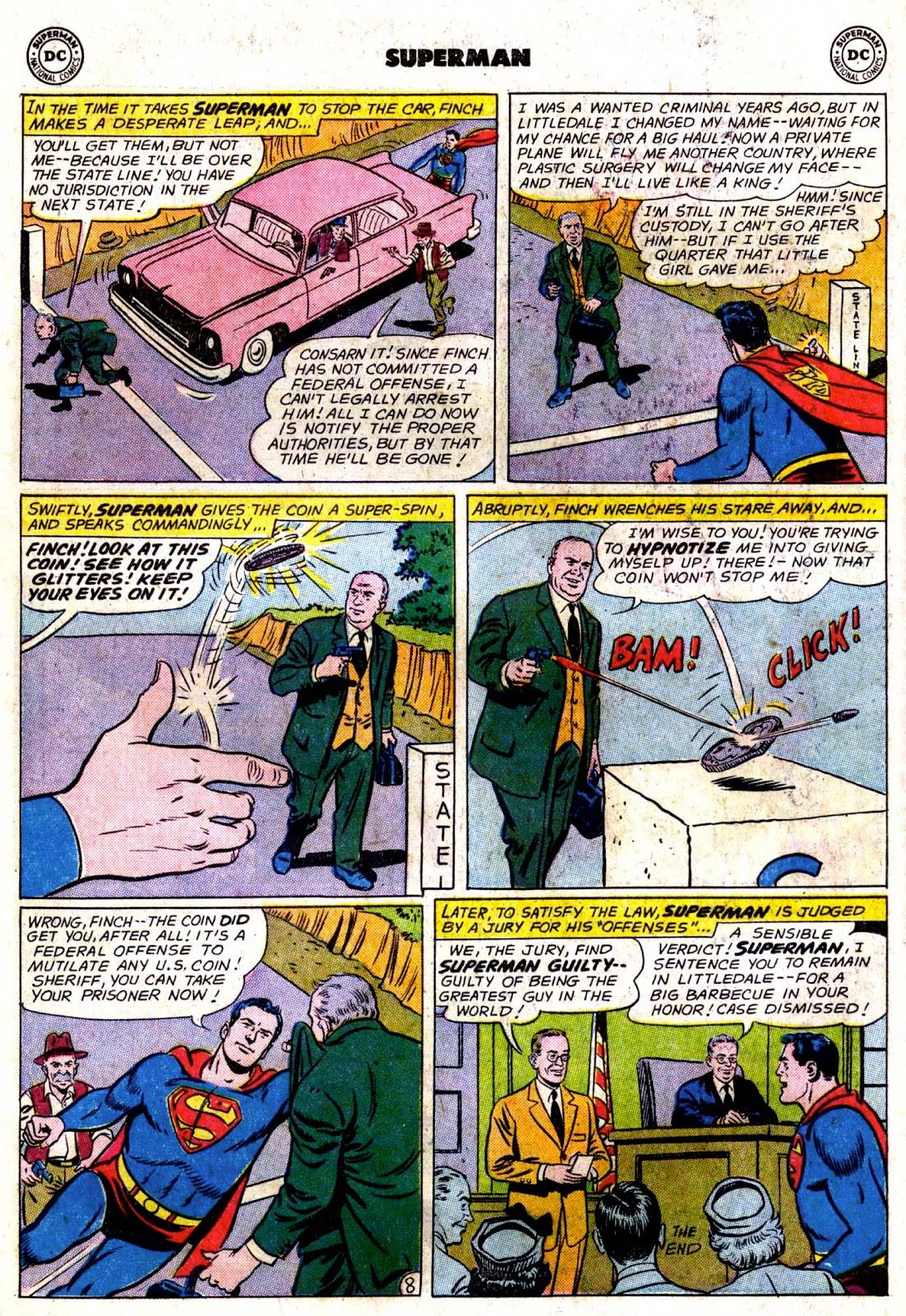 Not the answer you're looking for? Browse other questions tagged story-identification dc superman or ask your own question.