Why does everyone wear sunglasses in The Matrix?

I see that every free human who goes into Matrix wears sunglasses even when it isn't sunny outside. 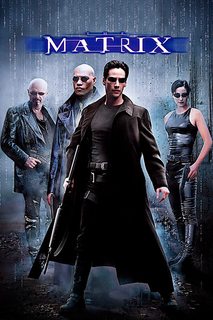 Talking about coolness, Neo didn't use to wear sunglasses when he wasn't free. How come his mind started to project sunglasses all of a sudden?

Is there something else to this? Are the sunglasses some kind of augmented reality devices which give them edge over agents?

Once Neo has seen the literal light [of the real-world], the Matrix seems other-worldly and wrong to him. This includes the painfully bright exteriors.

Per the original 1996 version of the script.

Neo squints into the sun that seems unnaturally bright.
He is the only one without sunglasses.

Note that they're not wearing them in the car scene late at night.

Bill Pope, who was in charge of the film's cinematography, said in an interview that the sun in the Matrix was sickly and wrong-looking, with evident brightness but no warmth.

... in the Matrix the sun is created by a computer; it's sickly and not quite convincing, so I needed to find a way to nullify the sun's natural warmth.

As to why people shift to wearing glasses in the Matrix, that appears to be because they've become accustomed to wearing them in the real world. In the same (1996) earlier draft the pod-borns wear sunglasses on the hover-ship because their eyes have never gotten used to real light.

NEO: Why do my eyes hurt?

MORPHEUS: You've never used them before.

Morpheus takes his sunglasses off and puts them on Neo.
Neo lays back.

Because the people who made the movie thought it looks cool.

Plus all the production reasons given here.

Talking about coolness, Neo didn't use to wear sunglasses when he wasn't free. How come his mind started to project sunglasses all of a sudden?

Because he thinks it looks cool.

It seems that you've been living two lives. In one life, you're Thomas A. Anderson, program writer for a respectable software company. You have a Social Security number, you pay your taxes, and... you help your landlady carry out her garbage. The other life is lived in computers, where you go by the hacker alias Neo, and are guilty of virtually every computer crime we have a law for.

Thomas Anderson, playing by the Matrix's rules, is a talented young man forced to conform. Yet he's unsatisfied and searching for something more. Trinity says...

I know why you're here, Neo. I know what you've been doing. I know why you hardly sleep, why you live alone, and why night after night, you sit at your computer.

One of these lives has a future, and one of them does not.

His persona as Thomas Anderson was a product of his environment, The Matrix. He hated his job and always felt out of place. Once freed, he sheds that persona and becomes his more natural persona: Neo. And he changes his style to match.

Classically, in both media and the real world, sunglasses and visors represent a separation from the rest of society. Behind the glass, no one knows your thoughts, where you're looking, the reactions to stimuli. The traffic cop that pulled you over, the bodyguard watching everything, the faceless inhuman assassin. The old saying that "the eyes are the window to the soul" is never more clear than when the Terminator slides a pair on, or Blade, or the knight. And in the Matrix, the awoken and the Agents are no longer just digital cattle and fodder, gears in the machine. They are both something else, either more or less than human. And during the exposure of who they really are (cue Keanu's "Whoa"), the shades come off. Like when Smith overwrites other Agents, or when Neo meets the spoonbending kid. And Neo's separation is final when he loses his eyes, but can still see/sense the world around him, finally becoming something else.

Because they shoot stuff up, and even tactical safety goggles don't look quite as cool.

If you have this amount of marble chips flying in the air, you need something over your eyes, or you go blind.

They wear them simply because you naturally blink when firing a gun, even one with blanks. Sunglasses made the characters look way cooler when shooting. I remember the directors mentioning this in an interview when it came out.