When I was a kid I faintly remember watching a movie or TV show episode with alien slugs. So this would probably be stuff before 2008. (It was aired on TV at some point I wasn't watching a DVD or VHS tape)

What I can recall most vividly is a few separate scenes. One with a huge crater and a bunch of pickups surrounding it (not very helpful I know). But the other was this old lady who beats her husband(?) to death in front of this girl and then holds up this huge red slug looking creature.

They then capture the girl and the lady implants the slug in her back, I think(?), and I believe the girl is hysterically begging them not to do it because she's pregnant?

Sounds kind of like a The X Files episode Roadrunners season 8, ep 4. Scully is being hold hostage on a very small town and they want to implant her a parasite on the back part of her neck. She begs them not because she is pregnant.

Are you perhaps thinking of Slither from 2006? 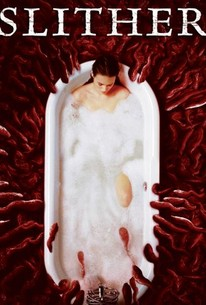 A malevolent, sentient extraterrestrial parasite lands inside a meteorite into the town of Wheelsy, South Carolina, where it infects wealthy resident Grant Grant, taking over his body and absorbing his mind. With the alien in control of his body, "Grant" begins to transform into a grotesque, tentacled monstrosity. He also abducts and infects a local woman, Brenda, to serve as a breeder for his alien larvae. His wife Starla becomes suspicious over the changes in his appearance and his behavior, leading to Grant attacking her. When the police arrive to rescue Starla, Grant flees.

During their search for Grant, a posse led by Police Chief Bill Pardy discovers Brenda, whose body has become inhumanly bloated from the larvae impregnated inside her. They see the floor littered with the remains of dead animals, as Brenda begs to be fed a possum, the slug-like larvae burst from her body, which infest everyone in town except Starla, Bill, Mayor Jack MacReady, and teenager Kylie Strutemyer. Those infected by the larvae become part of a hive mind controlled by Grant, who intends to consume all lifeforms until only his consciousness remains. However, Grant also retains his love for his wife and seeks to be reunited with her. The survivors deduce that killing Grant will eliminate the rest of the aliens before they are attacked by the infected townspeople. Bill and Kylie escape, but Starla and Jack are captured.

Armed with a grenade to kill the monster, Bill and Kylie head to Grant's home, where the infected are being absorbed by the increasingly-mutated Grant. Jack and others are turned into breeders for more larvae, while Grant keeps Starla uninfected in the hope of reclaiming her love. After euthanizing Jack at his own request, Bill tries to use the grenade, only for it to fall into a pool when Grant knocks it away. Grant subdues Kylie with a couch and attempts to infect Bill with his tentacles, but Bill manages to attach one of the tentacles to a propane tank. Filled with flammable gas, Grant is shot by Starla and explodes, killing the rest of the aliens in the process. With everyone else in Wheelsy dead, the three survivors head off to seek help.

It's been a long while since I've seen it so I do not recall specific scenes, but Puppet Masters from 1994 has large slug-like aliens that control people by attaching to the spine on the back. They are sometimes a reddish hue, like in the picture below.

It also features a crash site in a rural location according to the Wikipedia synopsis: "When a flying saucer reportedly lands in rural Iowa, Andrew Nivens (who runs a secret branch of the CIA tasked with investigating extraterrestrial activity) sends two agents from their local office to investigate the crash site" 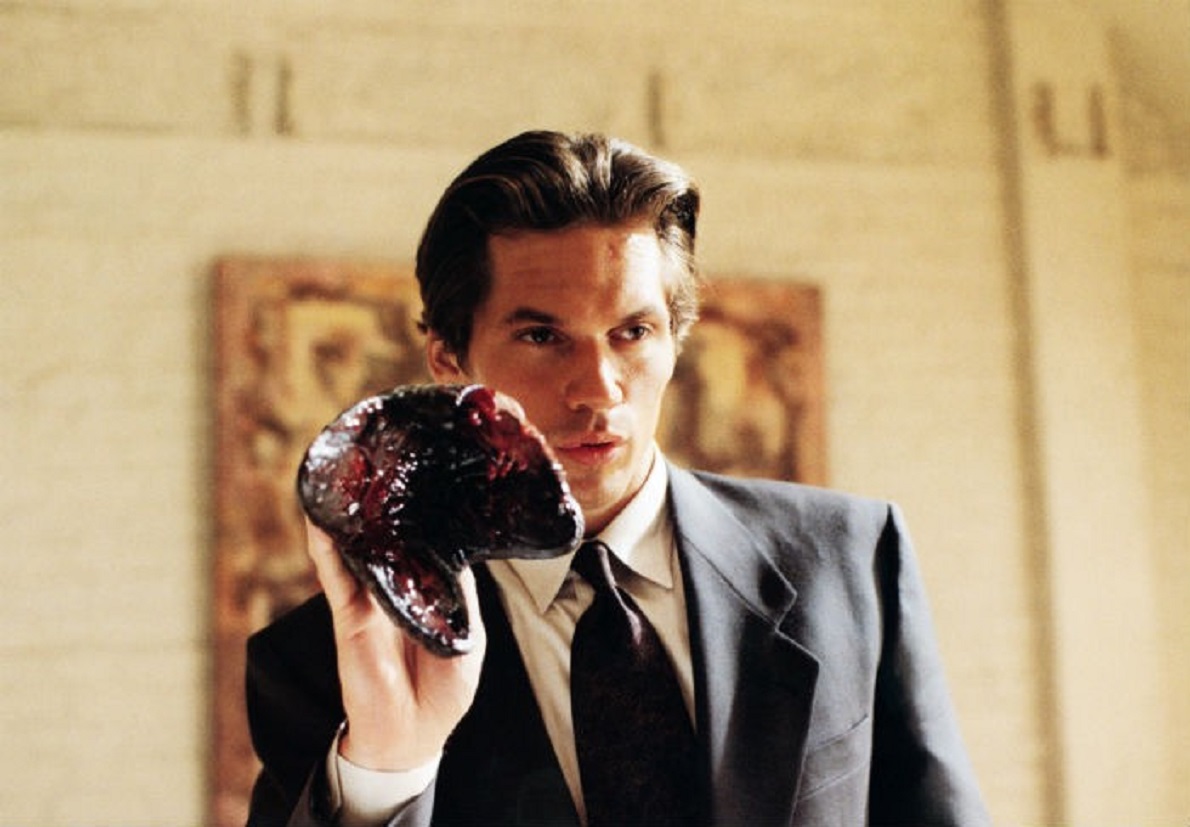 Could this be Under the Mountain, based on a book of the same name by Maurice Gee. This film was released in 2009 in New Zealand and in 2010 in the USA, which is slightly out of your time-frame.

I've only read the book and that about 30 years ago, so I can't remember too much about it other than the general gist of the story

4
TV show with aliens living in a small stone?
6
1960's horror film with tentacled slug-like creatures
12
Movie or TV show about aliens trapped in concrete
2
Movie or tv scene with many species of aliens
6
2012-2015 Horror movie with crawling creatures
6
Movie with spider aliens?
16
Horror movie in a subway
8
Horror movie about a killer who plays chess with his victims