Read it in an old collection that I can't recall. Ultimately, a crew of astronauts find an empty alien structure/ship, and it is filled with tons of artifacts from their society. There is some duplicity among the astronauts. I feel like its a Clarke story, but maybe not?

A space archaeologist deduces that the origin of an alien race who left traces on Mercury and Mars was from the innermost moon of Jupiter, Jupiter Five. As it turns out, the entire moon is one giant spaceship, thirty miles in diameter.

Inside they find lots and lots of artifacts from their society.

While they are there, a sleezy science writer shows up in his own space ship. While the archeologist's back is turned, the writer steals the most valuable alien artifact, a statue depicting an alien.

In order to rescue the statue for science, the archaeologist and his crew have to engage in some duplicity. 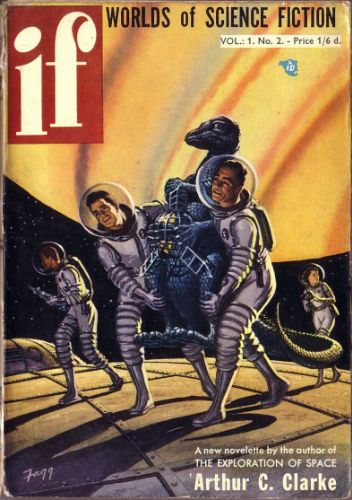 The plot you describe is practically a small sub-sub genre in the subgenre of outer space stories. For example, that describes much of the plot of the second episode of Lost In Space, "The Derelict", September 22, 1965.

So here are some more stories you might remember.

It is possible that you remember "The Plague Star" by George R.R. Martin, Analog Science Fiction and Fact, January/February 1985. In that story several human characters in a small spaceship find a giagantic long abandoned ship of a former empire which fell long ago.

I think that the empire was a human one, but otherwise the story matches.

"The Plague Star" has been reprinted several times.

You might also remember the famous Arthur C. Clarke novel Rendezvous with Rama, 1973. I don't remember reading it, but it involves human astronauts boarding a vast alien spaceship which has entered the solar system. There are artifacts in the ship. However, I don't know if there is much or any conflict among the human characters.

You might also remember James White's novel All Judgment Fled 1967, 1968. I have not read it but it has a similar plot to the later Rendezvous with Rama, with humans boarding a vast alien ship which has entered the solar system. I think there may be some conflicts in the story among the humans and/or with aliens aboard the ship.