Story about a scientist who invents truth serum

I took an undergraduate literature course around 2005. My required anthology (now lost) had a science fiction story I would love to find again. The anthology only had excerpts and a brief discussion, and I never read the full story. Unfortunately, I don't know whether this was a novel, short story, or something else. The author was European and I believe it was published around World War 2.

The premise of the story is that a scientist in the future invents a truth serum. From the excepts I didn't learn much more about the plot, but the story was contrasted with 1984 and Brave New World as a different way of exploring problems in humanity and government. The key distinction was that the main character supported the "evil" government. Besides the truth serum, I don't recall other fantastical technologies being mentioned.

Another thing the story was lauded for was talking about domestic life. For example, I distinctly recall the main character (who was an adult scientist) had some kind of state-required nanny in his home. He suspected they were a spy, but didn't seem to mind.

One memory that has stuck with me is the association of the setting with a prison. As a young person in 2005, I associated it mentally with the kinds of military prisons I was seeing in the news (places like Guantanamo Bay) . I don't think it was literally taking place in a prison, but their city was somehow prison-like.

I believe this the Swedish science fiction novel Kallocain (1940) by Karin Boye. There are several English translations. Quoting Wikipedia:

Kallocain is a 1940 dystopian novel by Swedish novelist Karin Boye that envisions a future of drab terror. Seen through the eyes of the idealistic scientist Leo Kall, Kallocain is a depiction of a totalitarian world state. An important aspect of the novel is the relationships and connections between the various characters, such as the marriage of the main character and his wife, Linda Kall, and the feelings of jealousy and suspicion that may arise in a society with heavy surveillance and legal uncertainty.

The plot centers on Leo Kall and us written in the form of a diary or memoir. Kall lives with his wife, Linda Kall, in a city intended for chemical industry. Leo is a scientist, who is initially very loyal to the government and develops the truth drug Kallocain. It has the effect that anyone who takes it will reveal anything, even things of which they were not consciously aware.

Major themes include the notion of the self in a totalitarian state, the meaning of life, and the power of love. Apart from the laboratory work and testing by Leo Kall, much of the novel takes place in the home of Leo and Linda. 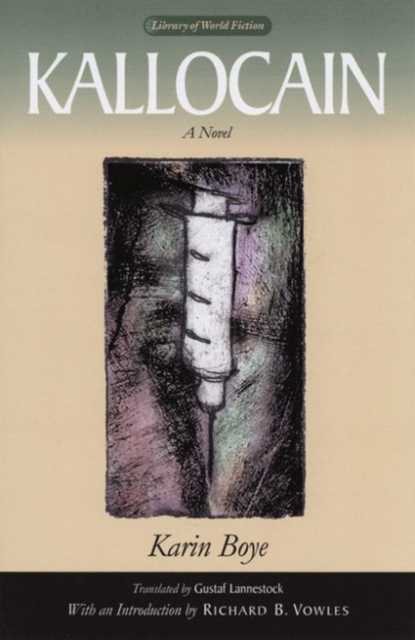 Not the answer you're looking for? Browse other questions tagged story-identification dystopia drug or ask your own question.

5
Old Sci-Fi story with towers that beam energy to airships
8
Book about 3 interstellar probes with human brains
4
Activists deploy truth serum
10
Story ID: Boy who is stuck at 5 years old with robot nanny
9
Identifying a SF anthology with one story about sentient pond water and another about a universal solvent
6
Pre-1980 short story about solipsism
8
Short Story about The Pit and Grenfell's Dream
6
Short story about corrupt congressman and mental process-heightening drug