I'm trying to find a manga where mc is researching magic in a cave. He has a familiar (some kind of fox/wolf) and can't die because both of them drink something so he can research magic for longer... His familiar didn't want to drink it but the potion fell into his/her drink. After years have passed he finally goes outside and is OP with his ancient magic?

When he is casting the magic he is mumbling something in different languages. I know he came across a girl that when she meets him she starts to say the same thing when he is casting his spells. The mc has glasses. His familiar is red.

You are looking for Yuukyuu no Gusha Asley no, Kenja no Susume

When he was young, he had failed at the Magic Academy and was looked down by others.

However by chance, he discovered a mythological medicine, so he obtained an immortal body.

In order to get revenge on the people who made fun of him, he began researching magic and magical artifacts different from the academy. After 5000 years of research, he has become an ancient magic user before he noticed.

The people he was seeking revenge were long gone, losing his purpose, Asley went on a journey to see the world after 5000 years with his familiar Pochi.

With an unexpected turn of events after helping many humans, he is now living at the magic academy.

A 5000-year-old man with a young appearance Asley, how will he live his second life’s youth?

You can see in the picture below the main character going outside after a long time followed by his familiar. 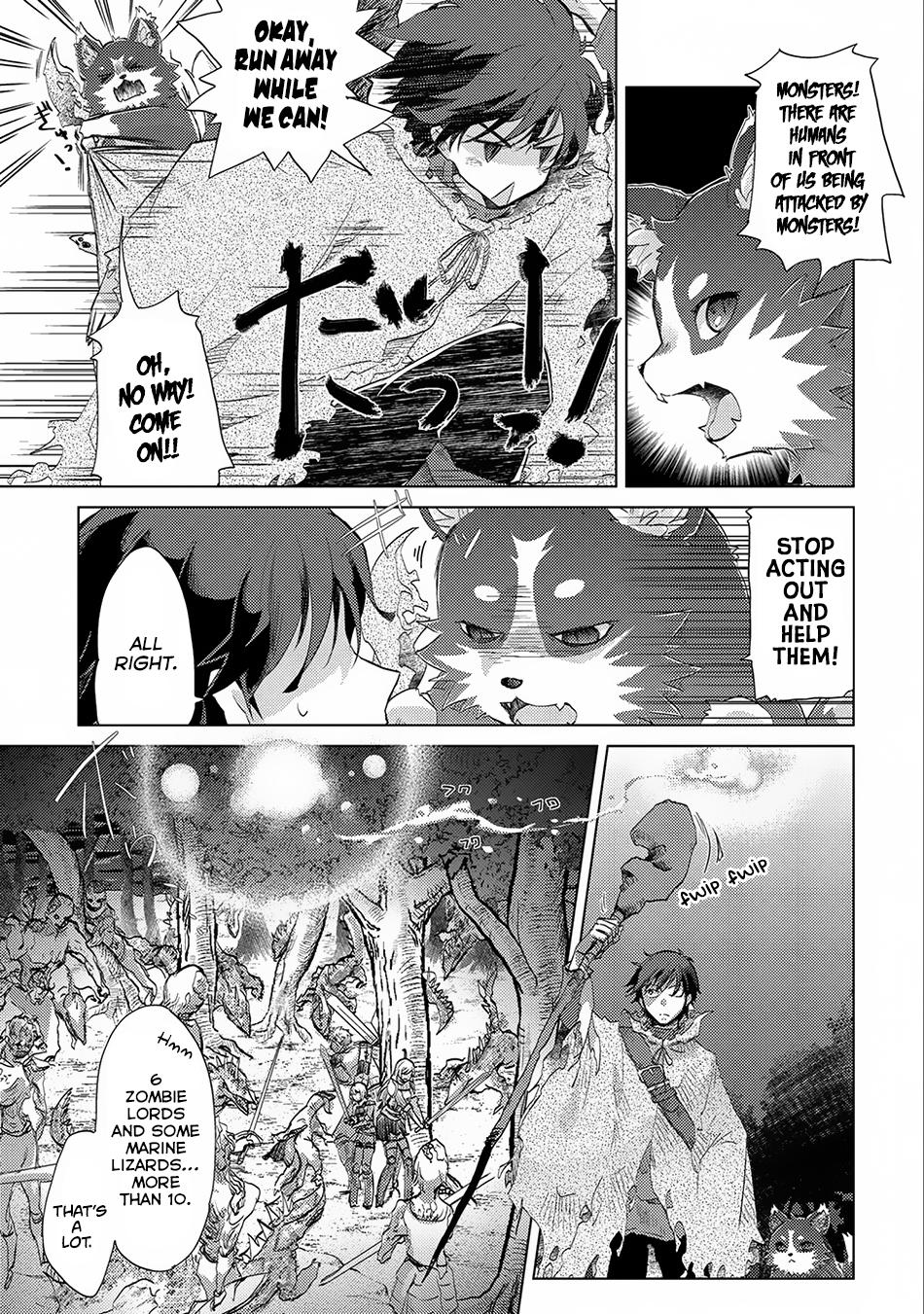 You can find the manga by searching manga magic immortal hermit on Google. The word hermit is very important in this case because in the story the MC has a similar title.