How did William Stryker control Jason?

In X-2, Jason is convincing Charles to concentrate on all Mutants, but why would Jason listen to Stryker in the first place? I doubt that Jason's spinal fluid would work.

Jason has a prominent lobotomy scar on the right side of his head. It would seem that his father, after Jason's antics resulted in the death of his mother, decided to tinker with Jason's brain to ensure compliance, evidently at the loss of his motor function. 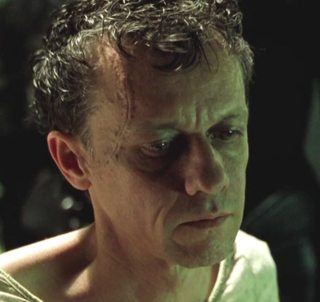 Note that in the official novelisation we learn that Jason was/is a true psychopath. The fact that his actions would result in the deaths of millions of mutants would be of little concern to him on an emotional level.

As Xavier had sensed during that first interview, there was no empathy in Jason, no acknowledgment of the people around him as living, sentient beings worthy of even the slightest respect. To him, they were a different order of interactive toy. He took his pleasure from “mounting” them as the practitioners of voodoo believed their gods did when possessing their worshipers. He created scenarios that literally put his victims through Hell and gloried in the agonies that resulted.

Not the answer you're looking for? Browse other questions tagged marvel x-men-cinematic-universe x-men-2 or ask your own question.

27
What timeline is the post-credit scene at the end of The Wolverine in?
5
Why wasn't Jason Stryker affected by Cerebro?
3
How long has the Danger Room been sentient?
1
How does Deadpool escape his torture chamber?
1
If telepaths can influence minds, why don't they fix the world and bring peace?
11
Were these three the last surviving natural born mutants?
10
Why did Apocalypse destroy all nuclear weapons?
4
How was Domino able to be tortured when she was so lucky?