I remember this comic from a library in the 90s/early 2000s. It was a bunch of kids, possibly classmates, in a small village that would venture out in the woods and pretend to be druids. At one point they accidentally summon a monster without realizing it.

The monster appears later and stalks the village. I remember it looking like some sort of goblin with a short stocky body but long slender arms with wicked claws. I think it was dressed in old dirty furs. The monster was either a demon or some sort of fairy?

I remember a lot of the story being about one of the kids that was shy and chubby.

At one point the monster disembowels an old lady's cat during the night. The remains are found the next day, with strange claw marks on the door.

I think the kids end up fighting it with their druidic powers (maybe they weren't pretend?).

From Wikipedia, most of the translation courtesy of DeepL:

The Pixies are a band of children who play at casting spells and defending nature and the supernatural by studying legends or invoking fairies in Latin. Each of them is named after a legendary character: Dagda, Merlin, Lancelot, Puck or Pan, and dressed in medieval costumes. They own a hut in the French forest near their village, which they call their fort. Their daily life is centered on fighting against a gang of punks and saving an old oak tree on the hill, which the peasants plan to pull up. One day, Puck and Pan's grandmother, a bad woman, dies of a heart attack when she threatened Pan with a monster in her cellar. Her older sister was on her way to seek help when the scream makes her turn around and discover her little brother plunged into a catatonic state, who has become dumb and crazy. Shortly afterwards, horrible murders took place in the village, and seemed to be committed by an unknown beast. The Pixies try to find out if they really summoned a demon, or if there really was a monster in Pan's cellar. 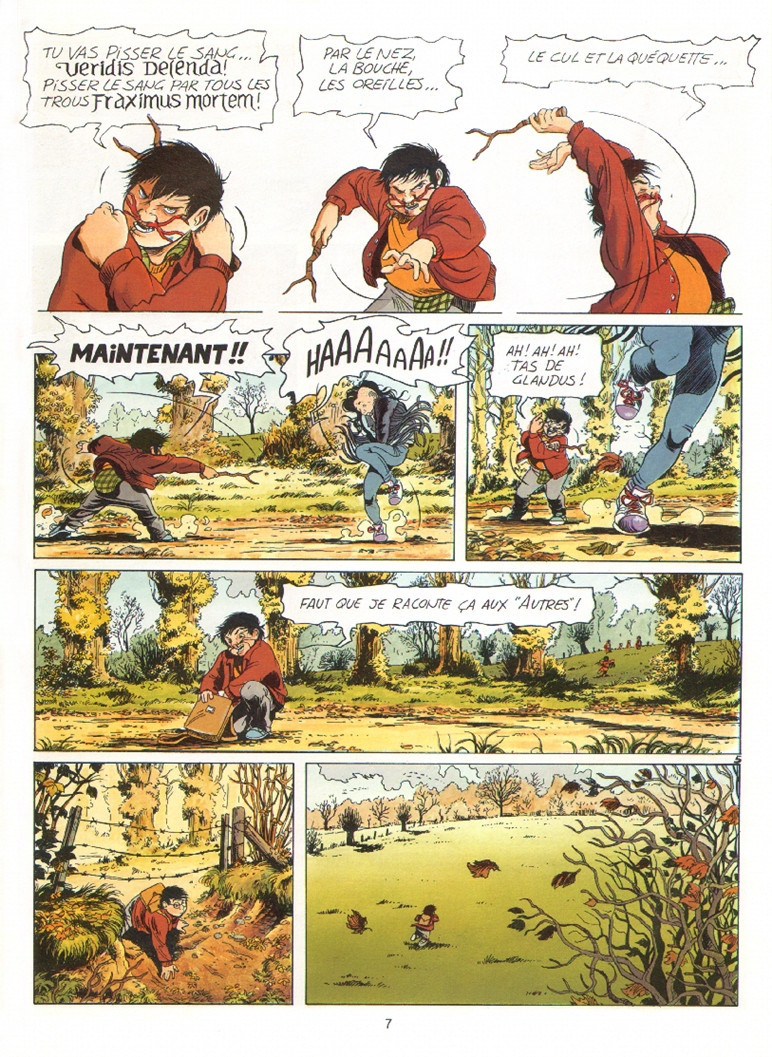 No luck though, looks like the series got cancelled and never had an ending.

Not the answer you're looking for? Browse other questions tagged story-identification comics demons fairy or ask your own question.