Why was Zsaji not given the knowledge of English?

In Marvel's Secret Wars, the Beyonder had taken care that all the 'fighters' would have an environment suitable for them, meaning, Zsaji the Healer had been put there by him.

However, we understand that Zsaji does not speak English, How was that favourable? Was it a mistake on his part, or was that done on purpose?

An answer to this question necessarily requires some speculation, since we don't know whether the placement of Zsaji's village on Battleworld was a conscious choice on the Beyonder's part, or whether it just happened to be pulled along for the ride when he constructed Battleworld from those planetary fragments he threw together.

Even if it was a conscious choice on his part, we can't be sure what the thought process behind that decision was. Captain Marvel (Monica Rambeau) assumed that the Beyonder wanted the alien villagers there as "innocent victims". For all we know, she could've been right about that, but then again, she could've just as easily been wrong. It's all guesswork. 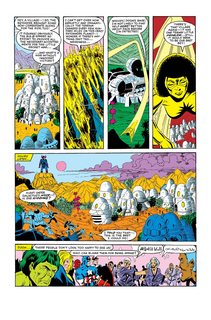 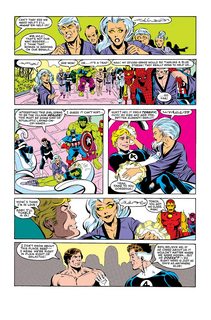 The main utility Zsaji offered to the Earthly combatants, though, was her power of healing. So if we assume, for the sake of argument, that the Beyonder consciously placed her on Battleworld for that specific reason, then she clearly served her purpose, despite her inability to speak English. It's not so much that it was favourable for her not to speak English, as it just didn't matter in terms of what she was there to do.

Because a common spoken language wasn't really needed when you can use telepathy instead. With the assistance of some type of vaporous drug, Zsaji and Johnny Storm are able to communicate mind to mind: 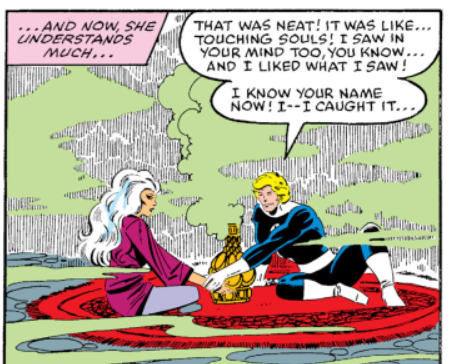 The Beyonder apparently had calculated that this type of communication would be sufficient, and evidently that was correct. In fact it seemed that they are able to share information much more efficiently than using spoken language.

The story did only show one instance of this type of very "deep" communication but the alien residents were still able to interact with some of the other Earth heroes, namely Colossus. Body language and intuition proved to be sufficient in those other instances. Its clear however that in Colossus' relationship with Zsaji the lack of better communication was a major hinderance as shown through his unrequited love for her and her apparent obliviousness to it.

Not the answer you're looking for? Browse other questions tagged marvel secret-wars-1985 or ask your own question.

5
Is there a translation for the alien language used on Battleworld?

4
Why was the Sandman's locket not transformed into sand?
7
Why was SHIELD not responding to Darcy's calls?
21
Why was the female Thor not given another name?
7
How do these different accounts of Skye's backstory fit together?
1
Why do Schmidt and Zola speak English to one another?
2
How do the residents of Attilan speak English?
4
Why did Jessica wrestle with Sallinger in the middle school?