Horror movie where friends land on an island with killers who skin and wear their victims, and a lady with octopus tentacle legs

There is a movie I watched many years ago. I can hardly remember its title. The movie was set on an island.

The story goes like this: A group of friends were on a yacht when a strong storm capsized their boat. They managed to survive and landed on a remote island with small village. Its inhabitants act strangely. They are killers who skin their victims and wear them. There is a beautiful lady with octopus tentacle legs. She fell in love with the main character.

This is likely the 2001 Spanish film, Dagon.

Paul Marsh has a dream that he discovers a mermaid with razor-sharp teeth while scuba diving into a strange underwater building. Paul awakes on a boat off the shores of Spain, where he is vacationing with his girlfriend, Barbara, and their friends Vicki and Howard. A sudden storm blows their boat against some hidden rocks. Vicki is trapped below deck and Howard stays with her while Paul and Barbara take a lifeboat to the nearby deserted fishing village of Imboca. During their absence, an unseen creature from the deep attacks the two in the boat.

Vicki and Howard are mysteriously missing, however, and Paul is taken back to Imboca, where he is sent to the hotel that Barbara was supposed to have gone to. But she is missing as well and Paul is left to wait for her in an old, filthy hotel room, where he dreams of the mermaid again. His fitful rest is disturbed by a large gathering of strange, fish-like people approaching the hotel and he is forced to flee. He ends up in a macabre tannery full of human skins, where he discovers Howard's remains. He escapes the tannery by starting a fire and finds momentary safety with an old drunkard named Ezequiel, the last full-blooded human in Imboca.

.... Forced to flee into the manor, Paul finds a beautiful woman named Uxia, the mermaid from his dreams. She saves him from discovery, but when he finds that she really is half-fish, he flees in horror, despite her pleas for him to stay.

This "5 Minute Movie" clip shows the reveal of her legs 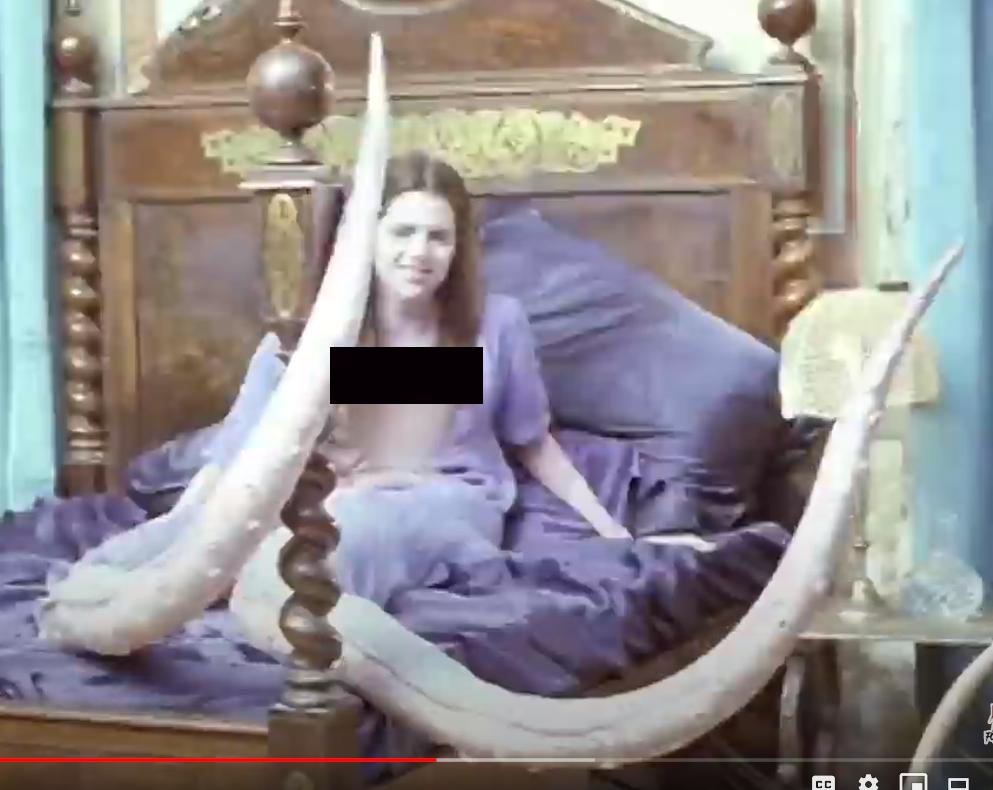 Found with a search for horror film island octopus legs

0
Horror movie: friends in a yacht get capsized, drift to an island with killers

4
B-rated horror movie with a character who has no arms and is like a worm person
6
Movie where aliens implant eggs in astronauts and slowly take over them except for one alien, Sabrina, who lives with her host body
6
1980s/90s horror movie where a group of friends go to a house where monsters and contagious illness are waiting for them