I used to watch a show on Cartoon Network (2011-2012) that was like Power Rangers. It was a live-action show, not a cartoon, and probably Japanese in origin.

The heroes of the show (several men and a woman) used special cards to transfer into robots. They could also make a huge robot by themselves.

I know this one! VR Troopers. Very similar to Power Rangers. Here is a clip of the cards you mention.

You may be thinking of Genseishin Justirisers, a 2004-2005 series which Cartoon Network broadcast dubbed in English, although I haven't found any firm data on in which years, or in which locations, they did so.

The JustiRisers are three chosen humans who are granted the use of the mysterious JustiPower, the "Earth's will" that was discovered by the Riserian Noulan who utilized it to seal away Kaiser Hades long ago. Each is based on a different Chinese legend. Each one is equipped with an In-Loader that allows them to summon a high-powered suit of armor that transforms them into a JustiRiser. The transformation call is "Souchaku!" ("Equip!"). The In-Loader also acts as a communications device between the three JustiRisers.

The "In-Loader" is a bit larger than a card, but I could see it having that description: 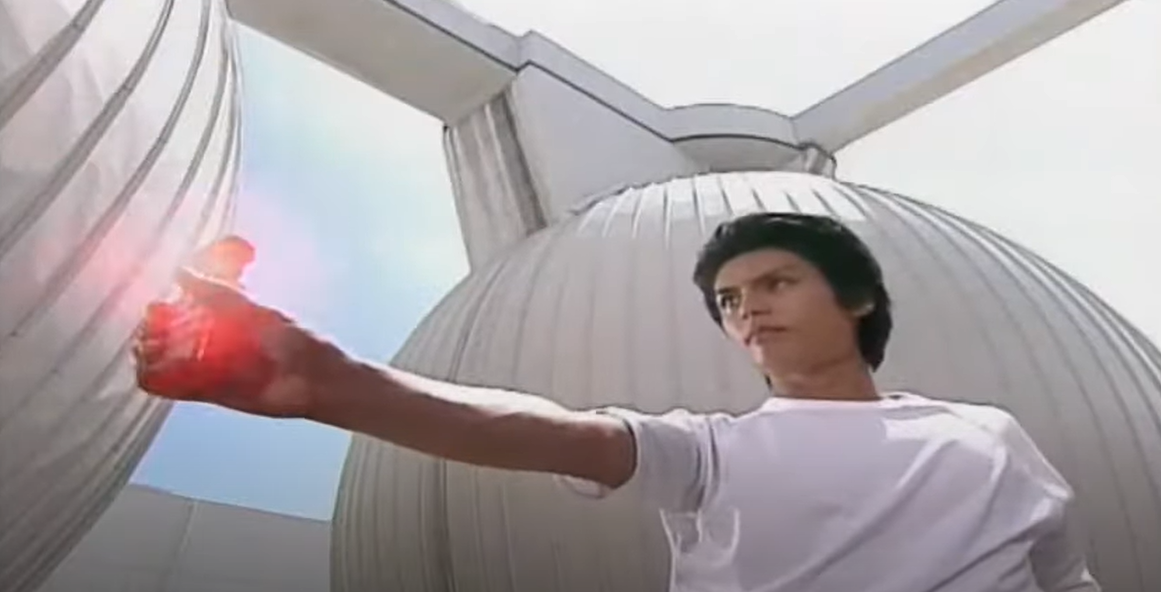 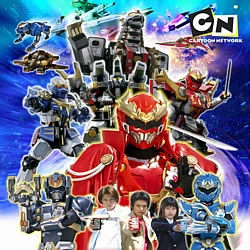 The giant robot they would merge into was the "Giant Riser Shirogane". 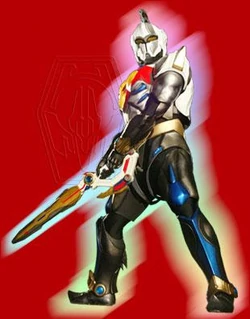 6
3D animated show with a magic wristwatch that spawns lamp posts
6
Kids TV show combining live action and animation, kids fighting monsters after entering a photo booth
2
What is the CGI show I'm thinking of that seems eerily similar to the Voltron episode of Rick and Morty?
1
Power Rangers-style show where the characters could morph using cards